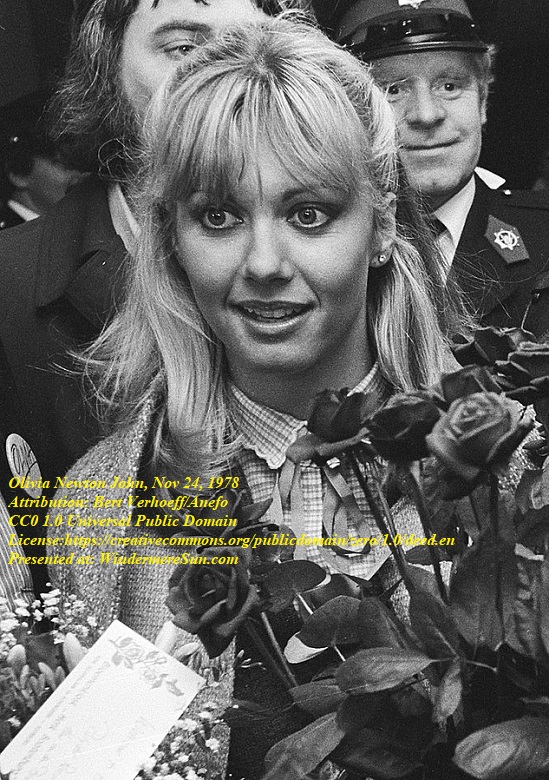 On  August 8, 2022, Newton-John died of cancer at her Santa Ynez Valley home in California. She was aged 73.

Dame Olivia Newton-John AC DBE (26 September 1948 – 8 August 2022) was a British-Australian singer, actress, and activist. She was a four-time Grammy Award winner whose music career included five number one hits and another ten Top Ten hits on the Billboard Hot 100,[1] and two Billboard 200 number one albums, If You Love Me, Let Me Know (1974) and Have You Never Been Mellow (1975). Eleven of her singles (including two Platinum) and 14 of her albums (including two Platinum and four 2× Platinum) have been certified Gold by the Recording Industry Association of America (RIAA). With global sales of more than 100 million records, Newton-John is one of the best-selling music artists from the second half of the 20th century to the present.[2]

Newton-John was an activist for environmental and animal rights causes, and advocated for breast cancer research.

In May 2017, it was announced that Newton-John’s breast cancer had returned and metastasised to her lower back.[148] Her back pains had initially been diagnosed as sciatica.[149] She subsequently revealed this was actually her third bout with breast cancer, as she had a recurrence of the disease in 2013 in addition to her initial 1992 diagnosis.[150] With the 2017 recurrence, the cancer had spread to her bones and progressed to stage IV.[151] Newton-John experienced significant pain from the metastatic bone lesions and had spoken of using cannabis oil to ease her pain. She was an advocate for the use of medical cannabis;[152] her daughter Chloe owns a cannabis farm in Oregon.[150]

Legendary Australian singer, actress and entertainer Oliva Newton-John has died peacefully at her California ranch surrounded by family and friends, in the video published on Aug 8, 2022, “Olivia Newton-John dies aged 73 | 9 News Australia“, below:

For 50 years, Olivia Newton-John dazzled with her music, warmth and natural charm. But for 30 years she also battled breast cancer, and her death at 73 years of age has aroused great sadness around the world, while also reminding us of the many great moments from her career, in the video published on Aug 9, 2022, “Australia’s sweetheart, Olivia Newton-John, passes away at 73 | 9 News Australia“, below:

Olivia Newton-John, the Australian singer whose breathy voice and wholesome beauty made her one of the biggest pop stars of the ’70s and charmed generations of viewers in the blockbuster movie “Grease,” has died, according to a statement from her husband. She was 73, in the video published on Aug 8, 2022, “Olivia Newton-John dead at 73. Look back at her iconic moments“, below:

Olivia Newton-John died at the age of 73. Her husband posted on Facebook saying she passed away peacefully at her home in Southern California. Newton-John is best known for her role starring as Sandy in “Grease” alongside John Travolta. Newton-John had been battling breast cancer for decades, in the video published on Aug 8, 2022, “BREAKING: Olivia Newton-John Dies At 73“, below:

The late actress and Grammy winner left behind so many memorable movie scenes and songs, and even some inspiring moments on “GMA.” in the video published on Aug 9, 2022, “Celebrating Olivia Newton-John’s iconic and inspiring moments“, below:

Actor Jane Seymour joins TODAY to remember her friend and fellow actor Olivia Newton-John, who died Monday at age 73. Seymour is overcome with emotion at times talking about their “special bond” and how she was “authentic” and a “positive light” throughout her life. “I really miss her,” she says, in the video published on Aug 9, 2022, “Jane Seymour Talks ‘Special Bond’ With Friend Olivia Newton-John“, below: