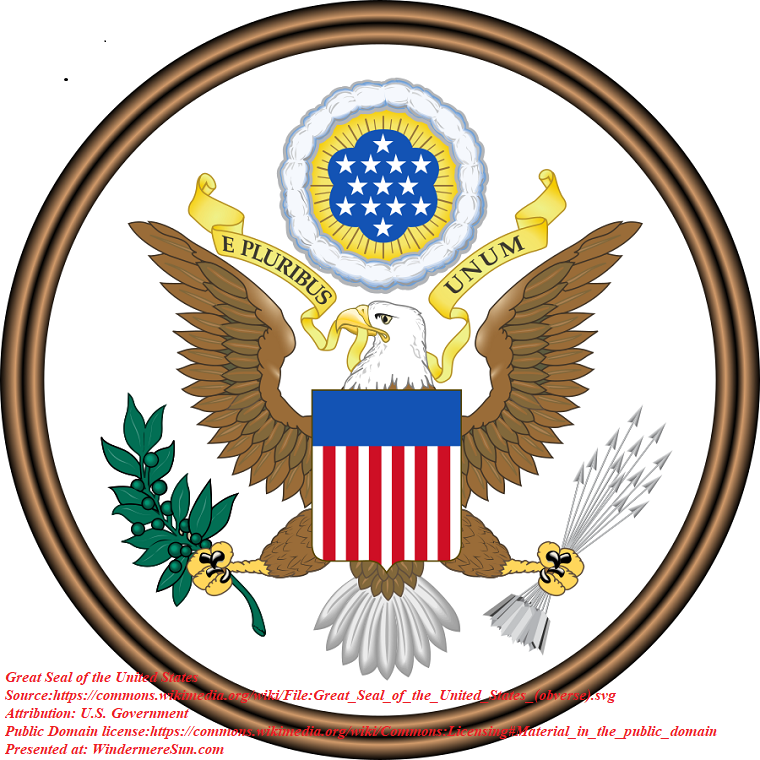 On August 7, 2022, the Senate cleared the amended bill for passage of Inflation Reduction Act, with a 51-50 vote, with all Democrats voting in favor, and Vice President Kamala Harris breaking the tie in favor. The bill now awaits repassage by the House, which is set to convene on August 12, 2022 for final passage, in the video published on Aug 7, 2022, “Senate Passes Inflation Reduction Act with Kamala Harris Tie Breaking Vote“, below:.

To better understand the Inflation Reduction Act of 2022, please refer to the excerpt from wikipedia, in italics, below:

The Inflation Reduction Act of 2022 is a bill proposed for passage in the 117th United States Congress in July 2022 that aims to curb inflation by reducing the deficit, lowering prescription drug prices and investing into domestic energy production while promoting clean energy solutions. It is a budget reconciliation bill sponsored by Senators Chuck Schumer (D–NY) and Joe Manchin (D-WV).[1] The bill was the result of negotiations on the proposed Build Back Better Act, which had been reduced and comprehensively reworked from its initial proposal after receiving opposition from Manchin.[2] It was introduced as an amendment to the Build Back Better Act, and it is expected that the legislative text will be substituted.

The package, as proposed by Schumer and Manchin, would raise $739 billion and authorize $370 billion in spending on energy and climate change, $300 billion in deficit reduction, three years of Affordable Care Act subsidies, prescription drug reform to lower prices, and tax reform.[1] Some changes were made to the tax provisions after negotiations with Senator Kyrsten Sinema (D-AZ).[3] If enacted, the bill would represent the largest investment into addressing climate change in U.S. history.[4] According to several independent analyses cited by The New York Times, the bill would bring the U.S. significantly closer to fulfilling the goal of cutting US net greenhouse gas emissions in half by 2030.[5]

On August 7, 2022, the Senate cleared the amended bill for passage with a 51-50 vote, with all Democrats voting in favor, and Vice President Kamala Harris breaking the tie in favor. The bill now awaits repassage by the House, which is set to convene on August 12, 2022 for final passage.

It would spend this revenue on:[6]

As part of the investment into energy, the bill would extend the solar investment tax credit for 10 years.[8]

After the publication of the bill’s initial draft text, it was announced that Democrats would also work towards adding provisions to cap insulin prices to the bill.[9]

Several provisions in the initial deal between Schumer and Manchin were changed after negotiations with Sinema: a provision narrowing the carried interest loophole was dropped, a 1% excise tax on stock buybacks was added, manufacturing exceptions were added to the corporate minimum tax, and funding for drought relief in Arizona was added.[3][10][11]

Senator Kyrsten Sinema signed off on Democratic legislation that would provide new spending to mitigate climate change and extend health care access while taxing corporations. She agreed to the bill upon removing a provision that would’ve closed the carried interest loophole, which benefits wealthy hedge fund managers, and adding to the bill billions in drought relief funds, in the video “Sen. Sinema Signs Off On Inflation Reduction Act“, below:

Senate Democrats touted reactions from several analysts who estimated that the bill would reduce inflation, including the president of the Committee for a Responsible Federal Budget, the chief economist of Moody’s Analytics, and economists Jason Furman, Lawrence Summers, and Joseph Stiglitz.[12] A preliminary estimate from the Penn Wharton Budget Model suggests that the bill would have no statistically significant effect on inflation.[13] The nonpartisan Committee for a Responsible Federal Budget analyzed the bill and concluded that the “deficit reduction, along with other elements of the bill, is likely to reduce inflationary pressures and thus reduce the risk of a possible recession.”[14] Furthermore, the Committee estimates that the bill would reduce the federal deficit by $1.9 trillion over a 20-year period. This figure includes the resulting savings on interest payments.[15]

A preliminary assessment by the Rhodium Group, an independent research provider, estimated it would reduce national greenhouse gas emissions 31–44% below 2005 levels by 2030, compared to 24–35% under current policy.[16] Furthermore, Rhodium Group projects that the nuclear provisions in the bill are likely to “keep much, if not all” of the nations at-risk nuclear reactors, estimated to be 22–38% of the fleet, online through the 2030s.[17]

Excerpts from the nonpartisan Joint Committee on Taxation (JCT) indicated that the legislation might lead to increased payments on personal taxes for Americans of all incomes (an increase in $16.7 billion for taxpayers earning less than $200,000 a year, $14.1 billion for taxpayers earning between $200,000 and $500,000, and $23.5 billion for taxpayers earning over $500,000). This calculation was based on the assumption that companies would indirectly pass on parts of the minimum corporate tax to employees, an assumption that was criticized by Steven M. Rosenthal, a senior fellow at the nonpartisan Tax Policy Center (TPC).[18] Economist William G. Gale, who is also co-director of the TPC, comments that it is important to consider that the calculations by the JCT did not take into account the provisions in the bill that would extend premium tax credits for health plans for low- and middle-income taxpayers, provide households with tax credits for making their property more energy-efficient, and lower the price of prescription drugs.[19]

Modeling from the nonpartisan Energy Innovation group, a firm that provides research on energy policy, has shown that this bill would lead to the creation of 1.4 million to 1.5 million additional jobs and increase the GDP 0.84–0.88% in 2030. According to the findings, the bill is estimated to enable the reduction of greenhouse gas emissions by 37–41% below 2005 levels in 2030, compared to 24% without the bill.[20] This estimate of the greenhouse gas emission reduction lines up with the figure provided by the bill’s authors which is a 40% reduction in carbon emissions relative to 2005 levels.[21]

The Tax Foundation, a fiscally conservative think tank, estimated the bill would result in a loss of 30,000 jobs and a 0.1% reduction in GDP while resulting in $304 billion of additional revenues which would go towards deficit reduction.[22]

George Stephanopoulos interviews Sen. Chris Coons, D-Del., on “This Week.” in the video published on Aug 7, 2022, “‘It may take a year or more’ for budget bill to reduce inflation: Sen. Coons | ABC News“, below:

The bill would mean the biggest investment in clean energy in U.S. history and also would allow Medicare to negotiate prescription drug prices, in the video published on Aug 7, 2022, “Senate Democrats set to pass clean energy legislation | GMA“, below:

Senator Bernie Sanders LIVE on the Senate Floor to make this clear: If all 50 members of the Democratic Caucus were to stand together today, we could pass some very important amendments to profoundly improve the lives of working people and begin to restore faith in our democracy, in the video published on Aug 6, 2022, “Live: It’s time for Congress to take a giant step forward and address the needs of working people“, below:

The Senate is poised to pass the Inflation Reduction Act, which provides new funding for fighting climate change, lowers some prescription drug costs, and offers some tax reform. Vermont Sen. Bernie Sanders argues that while he wishes the Inflation Reduction Act did more than just take “baby steps forward,” he is ultimately going to support the bill, in the video published on Aug 7, 2022, “Sen. Sanders: IRA “Doesn’t Go Anywhere Near As far As It Should – But It Is A Steop Forward“, below: