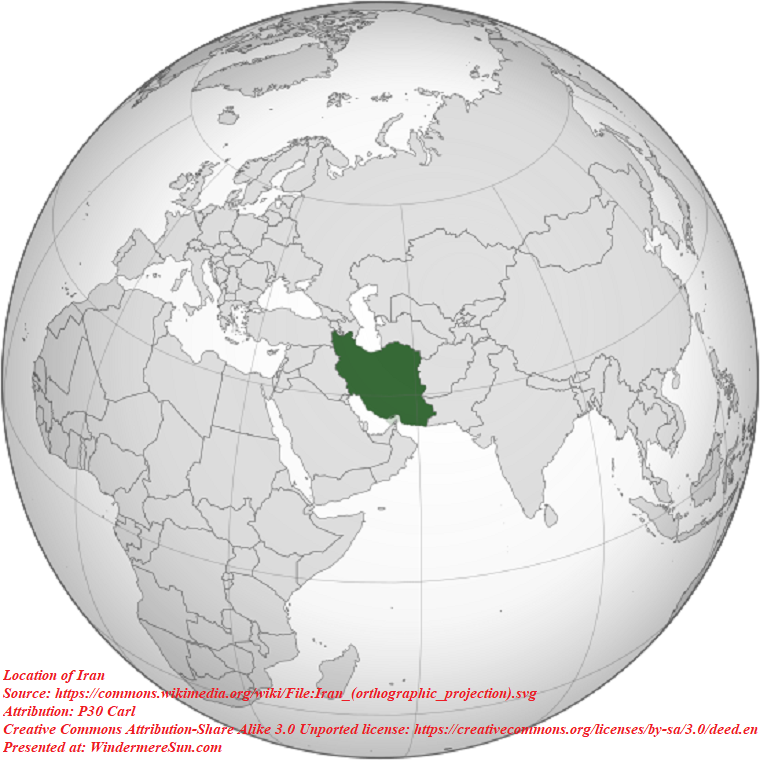 Back in September, when Iran’s protest movement caught the world by surprise, conventional thinking was that with patience and ruthlessness, the regime would eventually outlast whatever came its way. After all, that has been the playbook so many times since the Islamic revolution of 1979. But is this time different? We are now into the third month of what protesters are now insist is a revolution, in the video published on Nov. 23, 2022, by FRANCE 24 English, as “Call it a Revolution? Iran protest movement defies growing brutality . FRANCE 24 English“, below:

There’s growing concern for Iranian footballers after the team did not sing the national anthem before their World Cup match against England. CBS News foreign correspondent Ramy Inocencio explains why the team took a stand and how the nation is responding, in the video published on Nov. 23, 2022, by CBS News, as “International concern grows over Iranian protests“, below:

The situation in Iran is “critical” as authorities tighten their crackdown on the continuing anti-government protests after the September death of 22-year-old Mahsa Amini in the custody of the so-called morality police. United Nations human rights officials report Iranian security forces in Kurdish cities killed dozens of protesters this week alone, with each funeral turning into a mass rally against the central government. “The defiance has been astounding,” says Middle East studies professor Nahid Siamdoust, who reported for years from Iran, including during the 2009 Green Movement, and calls the protests a “nationwide revolution.” in the video published on Nov. 23, 2022, by Democracy Now!, as “Defiance in Iran: Despite Crackdown, Anti-Government Protests May Grow into “Nationwide Revolution”“, below:

The UN condemned the Iran’s deadly crackdown directed at protesters, which were ignited by the death of 22-year-old Jina Mahsa Amini. UN spokesman Jeremy Laurence cited human rights chief Volker Turk as saying that the rise in deaths, including among children, and the tougher security response “underline the critical situation in the country.” The UN urged Iranian authorities to address the demands for equality, dignity and rights, rather than “using unnecessary or disproportionate force to suppress the protests,” Laurence told reporters on Tuesday, in the video published on Nov. 23, 2022, by DW News, as “Despite more than 300 Iranians killed, protests show no signs of stopping| DW News“, below:

On September 13, 22 year old Mahsa Amini died after being detained by Iran’s morality police for allegedly violating strict laws requiring women to cover their hair with a headscarf, or hijab. Outrage over her death sparked protests that are challenging the very existence of Iran’s Islamic leadership. BBC Persian’s Jiyar Gol looks at what young people are demanding and why some are saying this could be a turning point in the fight for equality, in the video published on Nov. 3, 2022, by BBC News, as “Why is Iran’s Tik Tok generation demanding ‘Women, Life, Freedom’? – BBC News“, below:

Iran is experiencing the most intense protests in its recent history. For more than a month, hundreds of thousands of Iranians have taken to the streets to demand the end of the Ayatollahs’ regime. Even police brutality is failing to quell these demonstrations. The spark that set off all this popular discontent was the murder of a young Kurdish woman, Mahsa Amini, at the hands of the “Iranian moral police”. But Iranian society has been suffering for years under the oppression of the regime and an increasingly unjust economic model. A political and religious elite controls more than 80% of the national economy. While this is happening, life is becoming increasingly difficult for ordinary Iranians. To what extent could these protests bring about regime change in Iran? Are we facing a Persian spring? How are Iranians surviving the sanctions? In this video published on Nov. 16, 2022, by VisualPolitik EN, as “Insurrection in Iran: Can the Ayatolas Regime Survive? – VisualPolitik EN“, below: