Yes, NASA Did Find Evidence Of Water On Mars 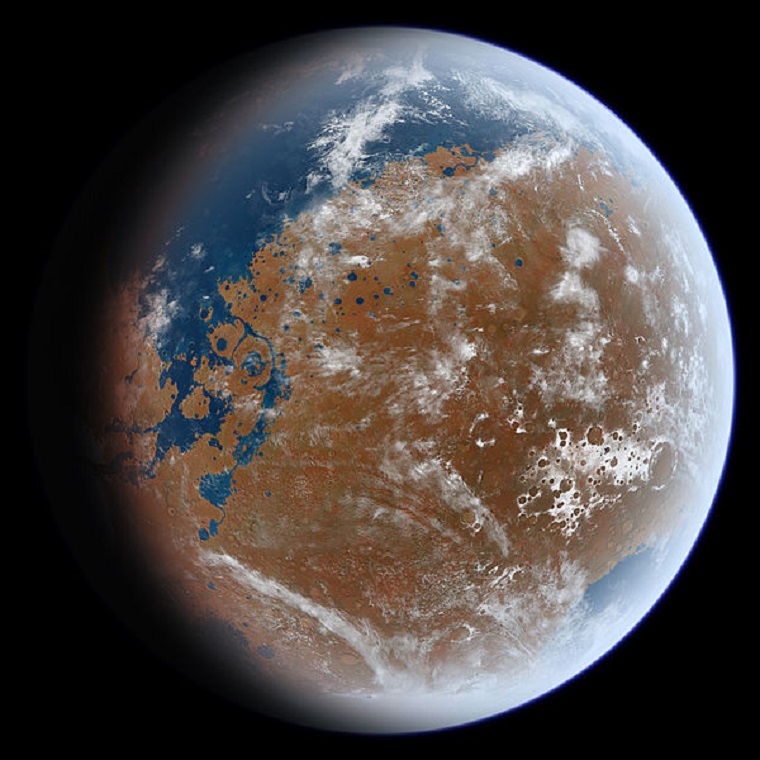 What ancient mars may have looked like billions of years ago. It’s based on MOLA data. The elevations have been updated so the shore lines will closely approximate their ancient locations. Also any mountains less than two billion years old have been removed. Source: https://commons.wikimedia.org/wiki/File:AncientMars.jpg (Attribution: Ittiz, Creative Commons Attribution-Share Alike 3.0 Unported license: https://creativecommons.org/licenses/by-sa/3.0/deed.en, Presented at: WindermereSun.com) 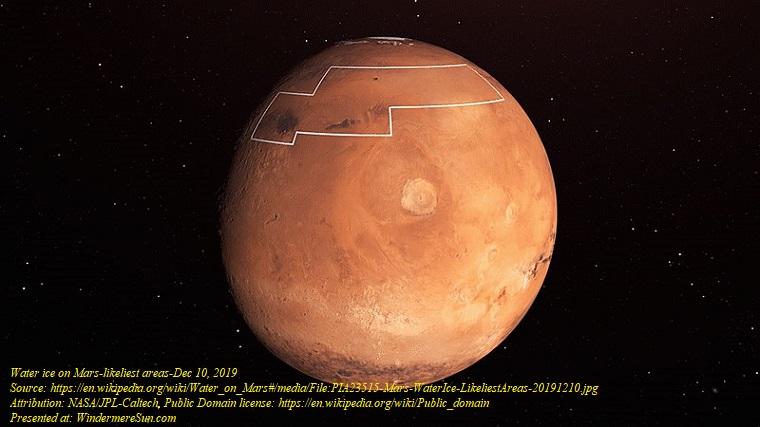 This post exists to help one of our readers in settling an argument: Yes, NASA did discover evidence of water on Mars. On September 27, 2012, NASA scientists announced that the Curiosity rover found direct evidence for an ancient streambed in Gale Crater, suggesting an ancient “vigorous flow” of water on Mars. You can also find more details about this by clicking HERE.

According to a new orbital study by the Mars Global surveyor satellite in 2022, scientists have found the best evidence yet for liquid water on Mars and potentially even an active geothermal core. An international team of researchers used the satellite’s topography mapping tools to feed data into a new computer model designed to simulate ice flow on Mars, and it led to some very interesting results.

Let’s take a look at some background information about Mars, below:

Early in the life of the solar system Mars appears to have had Earth-like conditions. Planetary researchers have been targeting Mars to gain insight into how our own planet developed, in the video published by Spark, as “What We Know About Life On Mars [4K]|Zenith| Spark“, below:

NASA’s rover recently discovered enormous amounts of water beneath the surface of Mars, which surprised many people who had previously thought of Mars as nothing more than a rocky and dusty planet. Mars is one of the most fascinating planets in our solar system. Mars is a world unto itself. One theory suggests that there was once life on this planet billions of years ago because the surface is solid. This red planet has long been a popular subject of fiction and science-fiction, but it is also a hotspot for researchers. The surface of Mars appears to be dry, at the very least. Researchers, however, believe that up to 99 percent of the water is still present. Instead of escaping into outer space, it sank into the Martian sand and sandstone. All of Mars’ primordial water had to go somewhere when the planet’s atmosphere collapsed. This answer has always been the most straightforward—, but it’s also the most flawed, in the video published by Voyager, as “NASA Found Liquid Water Hidden Under Mars Surface!“, below:

In a significant development in the search for life, scientists have discovered new evidence of liquid water on Mars. The discovery is a significant step forward in the quest for evidence that Mars is wetter than first thought, and along with it, the quest for evidence of extraterrestrial life on the planet. The new results, according to scientists, mark the first time that proof of water beneath the Martian surface has been discovered using information that was not obtained using radar. In this way, it provides yet another hint that life might exist on the red planet. Was the red planet once blue? Let’s find while Elon Musk update us all! Hello everyone! Welcome back to Elon Musk Evolution, where we bring you the most recent news about Elon Musk and his multibillion-dollar companies, space news and the latest science and technology. But, before we begin, make sure you subscribe to our channel and click the bell icon so you don’t miss any of our amazing videos. And let’s get started! The evidence that water once existed on Mars keeps coming to light, and this time, the findings imply that the water flowed in Biblical quantities. Scientists issued a warning, saying the discovery “does not necessarily suggest that life exists on Mars.” However, scientists say that it does imply that the planet may have once been more livable. According to Musk, in the investigation, scientists utilized lasers on spacecraft to spot minute variations in the height of the Martian ice caps. They then compared those patterns to a computer model that forecast how a body of water beneath those ice caps would alter the surface and discovered that they were in agreement. Radar data that indicated there might be water beneath the ice was already discovered by scientists. However, some had criticized those conclusions, claiming that there were other explanations for the radar data. Now, the latest discoveries constitute a distinct piece of proof that Mars does, in fact, have liquid water beneath its South Pole, Musk explained. Scientists from the University of Sheffield and the Open University were also a part of the project, which was directed by the University of Cambridge. Their work is detailed in a recent publication titled “Surface topographic influence of subglacial water beneath the south polar ice cap of Mars” that was just published in Nature Astronomy. Similar to Earth, Mars possesses substantial water ice caps at both poles that are nearly equal in combined volume to the Greenland Ice Sheet. The ice sheets on Mars were formerly believed to be frozen solid all the way to their beds due to the cold Martian temperature, but the ice sheets on Earth are underlain by water-filled canals and even sizable subglacial lakes. The study’s second author, Dr. Frances Butcher of the University of Sheffield, stated: “This study gives the best evidence to date that there is liquid water on Mars today because it means that two of the most important pieces of evidence we would look for when searching for subglacial lakes on Earth have now been found on Mars. Even while it does not necessarily imply that life is present on Mars, liquid water is a necessary component for life. The water beneath the south pole might need to be extremely salty in order to be liquid at such low temperatures, which would make it difficult for any microbial life to live there. However, the fact that more livable habitats formerly existed during a time when the climate was more forgiving does provide some hope, Musk stated, in the video published by Elon Musk Evolution, as “NASA Just FOUND Water Evidence on Mars That Shocked Elon Musk!“, below:

Colonizing Mars has been a hot topic, especially for billionaire, Elon Musk, but the reality of colonizing Mars is more of a nightmare than a fantasy. Check out today’s new epic video that takes you to the Red Planet and reveals why it’ll be nearly impossible to even land on Mars, let alone colonize it! In the video published on Jan 20, 2022, by The Infographics Show, as “The Real Problem with Living on Mars“, below:

Colonizing Mars may be a near impossible task, but that doesn’t mean humans won’t try anyway. Check out what a successful colonization of the red planet would actually look like in today’s epic new video, in the video published on Aug 17, 2022, by The Infographics Show, as “How Humanity Will Actually Colonize Mars (Year by Year)“, below: