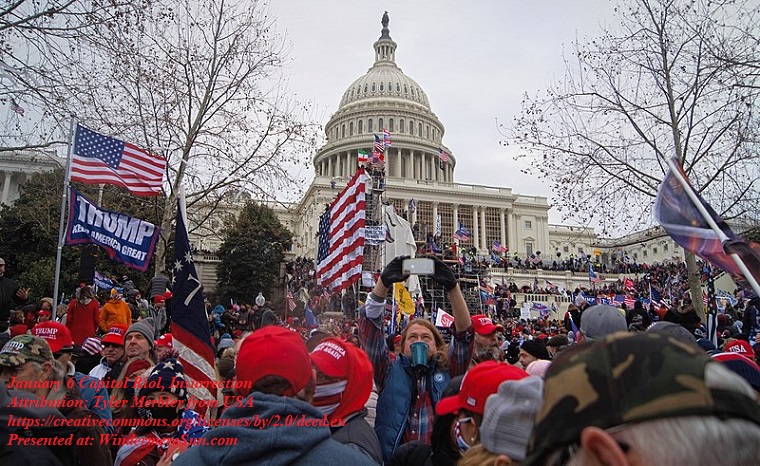 In an extraordinary step, the House Jan. 6 committee has voted unanimously to subpoena former President Donald Trump – a final effort to get the full story of the Capitol insurrection as the panel wraps up its work by the end of the year. Trump has been relentlessly hostile to the investigation, calling it a “charade and a witch hunt” in a letter to the committee on Friday. But he has not said whether he will comply with the demand for his appearance. Even if he does, there’s no guarantee the committee would get anything different from the broadsides Trump sends out periodically, in the video published on WTVR CBS 6, as “Trump’s subpoena and what’s next for the Jan. 6 panel“, below:

Former President Trump expressed his anger with the House January 6th committee for not investigating his claims of election fraud in a 14-page letter. Trump still has not answered whether he would comply with a subpoena to testify. NBC News’ Kelly O’Donnell has the latest details on the fallout from the hearing, in the video published by NBC News, as “Trump Responds To Jan. 6 Committee Subpoena“, below:

After the January 6th committee unanimously voted to subpoena Trump, the former president responded with a 14 page letter repeating his election lies. It comes as more unseen footage of congressional leaders on the day of the Capitol riot were released, in the video published by MSNBC, as “Trump Responds To Jan. 6th Subpoena“, below:

In a 14-page letter, former President Donald Trump reacted to the January 6 committee after it voted unanimously to issue him a subpoena. Committee Chairman Bennie Thompson is expected to officially issue the subpoena in a matter of days. CBS News’ Caitlin Huey-Burns is at the White House with more, in the video published by CBS Mornings, as “Trump slams Jan. 6 committee members for subpoena vote in 14-page letter“, below:

Former President Trump sent a letter to the January 6 committee that continued his false claims of election fraud in the 2020 election but did not mention whether he would comply with the committee’s subpoena for him to testify. NBC’s Ali Vitali reports, in the video published by NBC News, as “Trump Responds To Jan. 6 Committee Subpoena With Letter Pushing Election Fraud Claims“, below:

Stephen Colbert just finished watching the tenth live hearing of the January 6 Committee and he recaps all the chilling moments including the surprise ending where the committee issued a subpoena for the former president to testify, in the video published by The Late Show with Stephen Colbert, as “Shocking Twist: Jan 6 Committee Votes To Subpoena The Former President“, below: