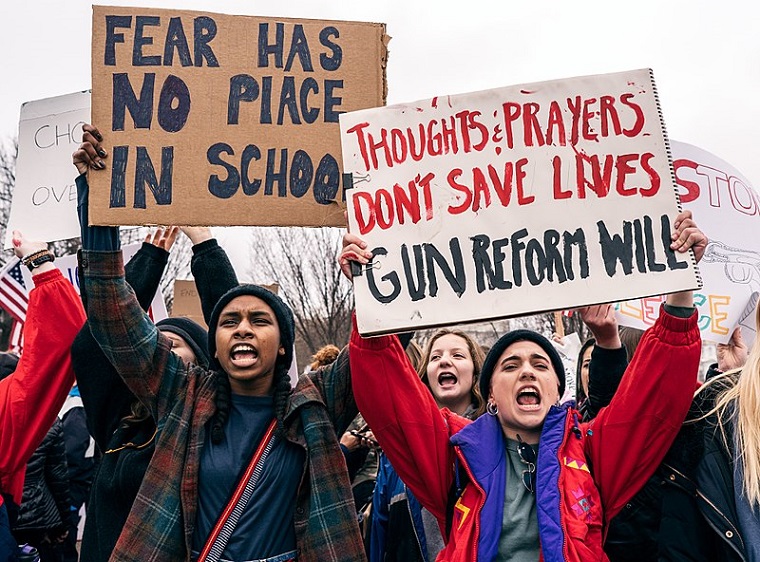 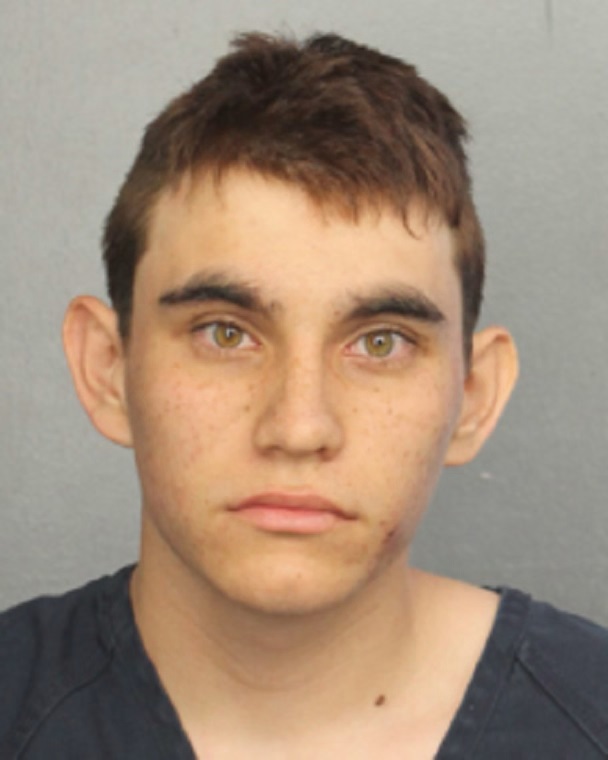 Civil rights lawyer and former prosecutor David Henderson breaks down the implications of the jury’s recommendation for a life sentence without parole for school shooter Nikolas Cruz, in the video published on Oct 13, 2022, by NBC News, as “What The Parkland Sentencing Verdict Means For Future Death Penalty Cases“, below:

“I just don’t think anything else is appropriate except a capital sentence in this case,” Gov. Ron DeSantis says of the decision that led to life in prison for Parkland school shooter Nikolas Cruz, in the video published on Oct 13, 2022, by WPTV News – FL Palm Beaches and Treasure Coast, as “Gov. Ron DeSantis reacts to life sentence recommendation for Nikolas Cruz“, below:

For Marjory Stoneman Douglas High School shooting, please refer to the excerpt from wikipedia, in italics, below:

On February 14, 2018, 19-year-old Nikolas Cruz opened fire on students and staff at Marjory Stoneman Douglas High School in the Miami suburban town of Parkland, Florida, murdering 17 people[note 2] and injuring 17 others.[2][3][4] Cruz, a former student at the school, fled the scene on foot by blending in with other students, and was arrested without incident approximately one hour later in nearby Coral Springs.[5] Police and prosecutors investigated “a pattern of disciplinary issues and unnerving behavior”.[6]

The killing spree is the deadliest high school shooting in United States history, surpassing the Columbine High School massacre that killed 15, including the perpetrators, in Colorado in April 1999. The shooting came at a period of heightened public support for gun control that followed mass shootings in Paradise, Nevada, and in Sutherland Springs, Texas, in October and November 2017.

Students at Parkland founded Never Again MSD, an advocacy group that lobbies for gun control. On March 9, Governor Rick Scott signed a bill that implemented new restrictions to Florida’s gun laws and also allowed for the arming of teachers who were properly trained and the hiring of school resource officers.[7][8]

The Broward County Sheriff’s Office received widespread criticism for its handling of the police response, both for not following up on multiple warnings about Cruz despite a lengthy record of threatening behavior and for staying outside the school instead of immediately confronting him.[9] This led to the resignations of several police officers who responded to the scene, and the removal of Sheriff Scott Israel.[9] A commission appointed by then-Governor Scott to investigate the shooting condemned the police inaction and urged school districts across the state to adopt greater measures of security.[9][10]

On October 20, 2021, Cruz pleaded guilty to all charges and apologized for his actions. The prosecution sought the death penalty, and a four-month trial was expected to commence in January 2022.[11] The sentencing phase was delayed numerous times, in part due to the COVID-19 pandemic.[12] Cruz’s death penalty trial began July 18, 2022 and concluded on October 13, 2022 resulting in the jury recommending Cruz being sentenced to life imprisonment without the possibility of parole.[13][14]

Why is the death penalty so expensive?

According to an article by The Palm Beach Post in 2000: Florida would save $51 million each year by punishing all first-degree murderers with life in prison without parole. Based on the 44 executions Florida has carried out since 1976, that amounts to an approximate cost of $24 million for each execution.

The question we should all ask ourselves: as a society, have we all done enough in trying to provide a sense of hope, purpose, and fairness for all the young people in this country?

It is a tragedy for so many people  involved. It was a tragedy that could have and should have been prevented.