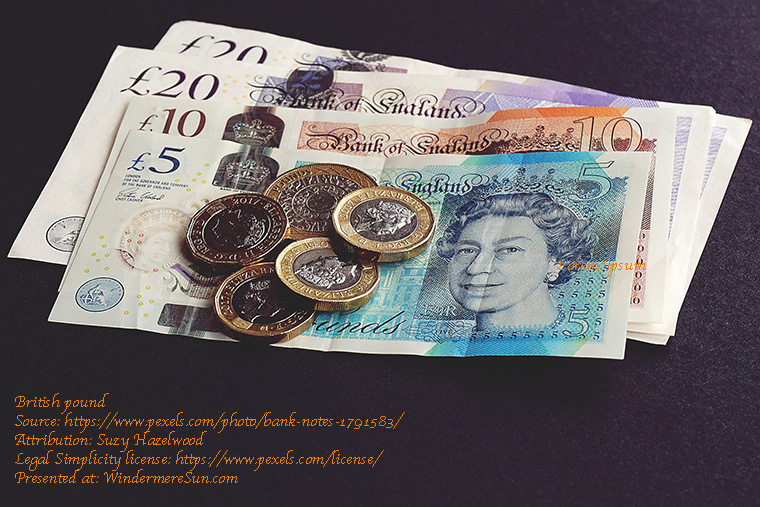 Flash Crash occurred in UK on Monday, September 26, 2022! For part of that one day, UK pound was on the verge of being equivalent to that of a third world currency. This flash crash  is a result of the announcement of British government policy for huge tax cuts and need to borrow huge sum to cover the energy subsidy for UK households and to stimulate the economy.  Within 48 hours after the flash crash, the British Prime Minister Liz Truss ditched the plan to cut taxes that favored the wealthy of the country. The Bank of England said it would reverse its previous plan to sell off bonds and would instead start buying bonds to backstop a collapsing market. The British pound bounced back somewhat on Tuesday, September 27, 2022.

To better understand what Flash Crash is, please refer to the excerpt from wikipedia, in italics, below:

A flash crash is a very rapid, deep, and volatile fall in security prices occurring within a very short time period followed by a quick recovery.[1] A flash crash frequently stems from trades executed by black-box trading, combined with high-frequency trading, whose speed and interconnectedness can result in the loss and recovery of billions of dollars in a matter of minutes and seconds.[2]

There’s been turmoil in the markets surrounding the UK pound. In this episode we take a look, in the video published on Oct 4, 2022, by ColdFusion, as “Things Aren’t Looking Great for the UK“, below:

Rising mortgage costs, pensions eroded, despairing businesses. It’s only been a week since Prime Minister Liz Truss and her Chancellor, or Finance Minister, Kwasi Kwarteng announced a new economic plan to slash taxes and boost borrowing in the United Kingdom. But what a week it’s been, in the video published on Oct 1, 2022, by DW News, as “Is the UK heading for economic disaster?| DW Business“, below:

Mohamed El-Erian, Allianz and Gramercy advisor and president of Queens’ College, Cambridge, and CNBC’s Rick Santelli join CNBC’s ‘Squawk Box’ to discuss concerns over Credit Suisse’s financial health and more ahead of the open, in the video published on Oct 3, 2022, by CNBC Television, as “Markets need to stop ‘love affair’ with Fed pivot, says Mohamed El-Erian“, below:

The new UK government’s plan for huge tax cuts financed by borrowing have drawn strong criticism from the IMF. The British pound has slumped – so has London lost control of the economy? The Day put that question to Phillip Inman, economics editor of the UK’s Observer newspaper, in the video published on Sep 29, 2022, by DW News, as “Market-turmoil and slumping British Pound after UK government announced economic plans | DW News“, below:

The British pound has tanked, markets are in crisis and economists worldwide are panicking. What’s happening to the British economy? In the video published on Sep 29, 2022, by The Economist, as “UK economy: is there worse to come?“, below:

The International Monetary Fund (IMF) has openly criticised the UK government over its plan for tax cuts, warning that the measures are likely to fuel the cost-of-living crisis. In an unusually outspoken statement, the IMF said the proposal was likely to increase inequality and add to pressures pushing up prices. Markets have already raised alarm over the plans, sending the pound plunging, in the video published on Sep 28, 2022, by BBC News, as “IMF openly criticisms UK government tax plans as pound plummets – BBC News“, below:

Mohamed El-Erian, Allianz and Gramercy advisor and president of Queens’ College, Cambridge, joins CNBC’s ‘Squawk Box’ to react to the Bank of England’s decision to temporarily buy long-term bonds to stabilize the market, in the video published on Sep 28, 2022, by CNBC Television, as “This is a ‘historic’ moment for the UK’s economy, says Mohamed El-Erian“, below:

“This is an even more complicated exit and it doesn’t help that central banks are late so I just think we have to buckle our seatbelt even tighter,” Mohamed El-Erian, chief economic adviser at Allianz and Bloomberg Opinion columnist, says during an interview with Jonathan Ferro on “Bloomberg The Open.” El-Erian’s opinions are his own, in the video published on Sep 28, 2022, by Bloomberg Markets and Finance, as “El-Erian: ‘Whole Series of Damage’ Being Done in UK“, below:

In the video premiered on Oct 4, 2022, by Think School, as “Why is United Kingdom going BANKRUPT?: UK’s economic crisis Explained in simple words“, below: