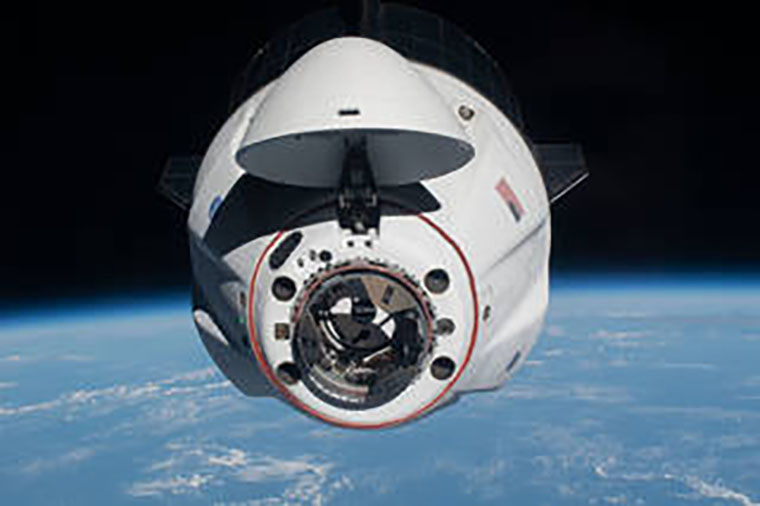 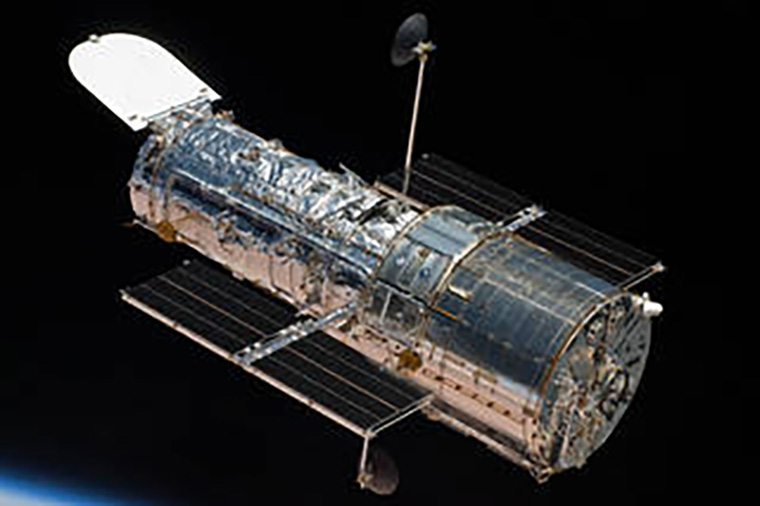 File photo: An astronaut aboard the space shuttle Atlantis captured this image of the Hubble Space Telescope on May 19, 2009. Source: https://www.nasa.gov/feature/goddard/2022/nasa-spacex-to-study-hubble-telescope-reboost-possibility
Credits: NASA, Presented at: WindermereSun.com

The Hubble telescope is is gradually losing altitude. NASA and SpaceX are looking at the idea of a re-boost mission

NASA and SpaceX signed an unfunded Space Act Agreement Thursday, Sept. 22, to study the feasibility of a SpaceX and Polaris Program idea to boost the agency’s Hubble Space Telescope into a higher orbit with the Dragon spacecraft, at no cost to the government.

There are no plans for NASA to conduct or fund a servicing mission or compete this opportunity; the study is designed to help the agency understand the commercial possibilities.

SpaceX – in partnership with the Polaris Program – proposed this study to better understand the technical challenges associated with servicing missions. This study is non-exclusive, and other companies may propose similar studies with different rockets or spacecraft as their model.

Teams expect the study to take up to six months, collecting technical data from both Hubble and the SpaceX Dragon spacecraft. This data will help determine whether it would be possible to safely rendezvous, dock, and move the telescope into a more stable orbit.

In the video published on Oct 1, 2022, by Amazing Video, at “NASA, SpaceX to Study Hubble Telescope Reboost Possibility/Amazing Video“, below:

In the video streamed on Sep 29, 2022, by The Launch Pad, as “BREAAKING! NASA Announce SpaceX Mission to Hubble“, below:

NASA is planning to deploy SpaceX’s Dragon spacecraft to extend the Hubble telescope’s lifespan for another two decades, buying the agency more time to figure out how to dispose of space junk. Elon Musk’s private space company signed the “Space Agreement Act” on Thursday alongside NASA, which will launch a study into the viability of using the Dragon craft to “nudge” the Hubble into a higher, more stable orbit, allowing it to remain in commission. Enlisting Musk’s company will save the government millions, if not billions, in R&D money if they were to use their own craft, the agency said. “This study is an exciting example of the innovative approaches NASA is exploring through private-public partnerships,” said Thomas Zurbuchen, NASA’s chief of science. SpaceX announced a timeline of about six months to put together a plan on how to execute the Hubble mission. Billionaire and former astronaut Jared Isaacman will also join the project through his privately funded space initiative, the Polaris Program. SpaceX’s Dragon Spacecraft NASA “As our fleet grows, we want to explore a wide range of opportunities to support the most robust, superlative science missions possible,” Zurbuchen added. Extending the telescope’s life span also relieves pressure on NASA of how to dispose of the $1.5 billion soon-to-be obsolete gadget. SpaceX announced a timeline of about six months to put together a plan on how to execute the Hubble mission. Concern about space debris spurred the FCC on Thursday to set a new parameter for retrieval of satellites to no more than five years after their mission is complete, a sizable reduction from the previous rule of 25 years. The Hubble still provides scientific value, Zurbuchen said. “It’s wholly appropriate for us to look at this because of the tremendous value this research asset has for us as well as others,” he told CNBC, in the video published on Sep 30, 2022, by Breaking News Now, as “NASA taps Elon Musk’s SpaceX to keep Hubble mission alive“, below:

NASA and SpaceX signed an unfunded Space Act Agreement Thursday, Sept. 22, to study the feasibility of a SpaceX and Polaris Program idea to boost the agency’s Hubble Space Telescope into a higher orbit with the Dragon spacecraft, at no cost to the government, in the video published on Sep 30, 2022, by Space News Pod, as “Could SpaceX Save NASA Hubble Space Telescope?” below:

“This study is an exciting example of the innovative approaches NASA is exploring through private-public partnerships,” said Thomas Zurbuchen, associate administrator for the Science Mission Directorate at NASA Headquarters in Washington. “As our fleet grows, we want to explore a wide range of opportunities to support the most robust, superlative science missions possible.”

While Hubble and Dragon will serve as test models for this study, portions of the mission concept may be applicable to other spacecraft, particularly those in near-Earth orbit like Hubble.

Hubble has been operating since 1990, about 335 miles above Earth in an orbit that is slowly decaying over time. Reboosting Hubble into a higher, more stable orbit could add multiple years of operations to its life.

At the end of its lifetime, NASA plans to safely de-orbit or dispose of Hubble.

“SpaceX and the Polaris Program want to expand the boundaries of current technology and explore how commercial partnerships can creatively solve challenging, complex problems,” said Jessica Jensen, vice president of Customer Operations & Integration at SpaceX. “Missions such as servicing Hubble would help us expand space capabilities to ultimately help all of us achieve our goals of becoming a space-faring, multiplanetary civilization.”

The Hubble Space Telescope is a project of international cooperation between NASA and ESA (European Space Agency). NASA’s Goddard Space Flight Center in Greenbelt, Maryland, manages the telescope. The Space Telescope Science Institute (STScI) in Baltimore, Maryland, conducts Hubble science operations. STScI is operated for NASA by the Association of Universities for Research in Astronomy in Washington.