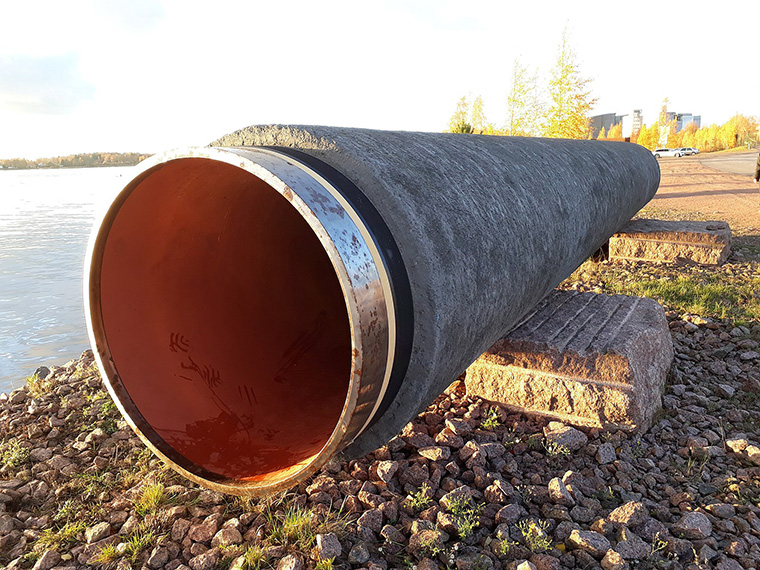 On Tuesday, September 27, 2022, European countries are racing to investigate the unexplained leaks in the two Russia gas pipeline Nord Stream. Several European officials believe that sabotage may be the likely cause. Norwegian Minister of Petroleum and Energy Terje Aasland said that the initial information received about the leaks indicated acts of sabotage. Swedish Prime Minister Magdalena Anderson and her Danish counterpart, Mette Frederiksen, both believe that the incident was likely “deliberate” but played down the possibility of a military threat. German, Danish, and Scandinavian authorities were investigating the cause of  leaks in the Baltic Sea. Germany Economy Minister Robert Habeck said Germany energy supply had not been affected.

For better understanding of the Nord Stream, please refer to the excerpt from wikipedia, in italics, below:

Nord Stream is the name for two pairs of offshore natural gas pipelines in Europe that run under the Baltic Sea from Russia to Germany. It includes the Nord Stream 1 pipeline running from Vyborg in northwestern Russia, near Finland, and the Nord Stream 2 pipeline running from Ust-Luga in northwestern Russia near Estonia. Both pipelines run to Lubmin in the northeastern German state of Mecklenburg-Vorpommern. Each pipeline comprises two lines of approximately 100,000 pipes, each pipe being 12 metres (39 ft) long. Nord Stream 2 has been denied certification due to Russia’s invasion of Ukraine. The name “Nord Stream” occasionally refers to a wider pipeline network, including the feeding onshore pipeline in Russia, and further connections in Western Europe.

The Nord Stream projects have been fiercely opposed by Central and Eastern European countries as well as the United States due to concerns that the pipelines would increase Russia’s influence in Europe, and the knock-on reduction of transit fees for use of the existing pipelines in Central and Eastern European countries. Germany suspended certification of Nord Stream 2 on 22 February 2022 in response to Russia’s recognition of the Donetsk and Luhansk People’s Republics during the prelude to the 2022 Russian invasion of Ukraine.[11][12] As a result, Nord Stream 2 AG went into bankruptcy.[13]

On Monday, September 26, 2022, the NS1 and the NS2 pipelines suffered multiple unexplained large pressure drops in international waters. Seismographic instruments revealed explosions and a visual inspection revealed leaks, which may be the result of sabotage.[14]

Sky News’ Dominic Waghorn joins Shep Smith to report on conversations he had with Russians who escaped the country prior to President Vladimir Putin’s decision to call up 300,000 reservists to fight his war in Ukraine. With Sky News’ Siobhan Robbins, in the video published on Sep 27, 2022, by CNBC Television, as “Putin tries to illegally annex Ukrainian territories as Nord Stream pipeline possibly sabotaged“, below:

Danish and Swedish officials on Tuesday, September 27, 2022, said two leaks had been identified on the Nord Stream 1 Russia-Europe gas pipeline in the Baltic Sea. The news came only hours after a similar development on its twin pipeline, Nord Stream 2. Both conduits have become flash points in the escalating energy war that has sent gas prices rocketing since Russia’s invasion of Ukraine. What do we know so far? Officials said a pressure drop was detected in the Nord Stream 1 undersea gas channel soon after a similar fall was detected in its sister pipeline, Nord Stream 2. Both of Nord Stream 1’s two lines are affected, while one of Nord Stream 2’s pipelines showed a drop in pressure. Marine authorities identified a gas leak southeast of the Danish island of Bornholm as the likely cause of the issue affecting Nord Stream 2. Danish officials warned of a threat to shipping in the area and asked vessels to steer clear. Swedish authorities on Tuesday said there were two leaks on Nord Stream 1 — one in the Danish maritime economic zone and the other in the Swedish one. The two leaks were reported to be very close to one another. The German economy ministry said it was investigating the incident. “We currently do not know the reason for the drop in pressure,” it said. Blasts registered by Swedish seismologists Seismologists from Sweden’s National Seismology Centre (SNSN) told public broadcaster SVT that powerful blasts had been registered in the areas of the gas leaks on Monday. “There is no doubt that these were explosions,” SNSN seismologist Bjorn Lund told SVT. Denmark’s armed forces meanwhile released footage showing bubbles on the surface of the Baltic Sea above the Nordstream 1 and 2 pipelines and reported that the largest of the leaks had caused surface disturbance of around 1 kilometer (0.62 miles) in diameter. What’s the significance? Both of the pipelines were built to carry natural gas from Russia to Europe, although the Nord Stream 2 pipeline was never activated. German officials have not yet provided any information on the possible cause of the damage. However, Berlin’s Tagesspiegel newspaper cited German security circles saying that sabotage was strongly suspected. “Our imagination no longer allows for a scenario in which this is not a targeted attack,” the newspaper quoted its source as saying. Denmark’s Prime Minister Mette Frederiksen said it was “hard to imagine” that the leaks were “accidental.” Speaking to Danish media while on a visit to Poland, Frederiksen said: “It’s an unusual situation, to have three leaks a distance from each other. That’s why it’s hard to imagine that it’s accidental.” Ukraine blamed the leaks on Moscow, in the video published on Sep 27, 2022, by DW News, as “Nord Stream pipeline leaks raise suspicions of sabotage | DW News“, below:

Mysterious leaks in the Nord Stream gas pipe network began with “powerful subsea blasts” and resulted from “deliberate actions”, in the video published on Sep 27, 2022, by Sky News, as “Russia-Germany pipelines damaged by ‘deliberate actions‘”, below:

The two Nord Stream gas pipelines linking Russia and Europe have been hit by unexplained leaks, raising suspicions of sabotage, in the video published on Sep 27, 2022, by ABC News (Australia), as “Baltic Sea bubbles as Europe claims ‘sabotage’ on major undersea gas pipeline |ABC News“, below: