Is Chinese President Xi Jinping Under House Arrest?/Is This A Coup, A Purge, Or Simple Quarantine? 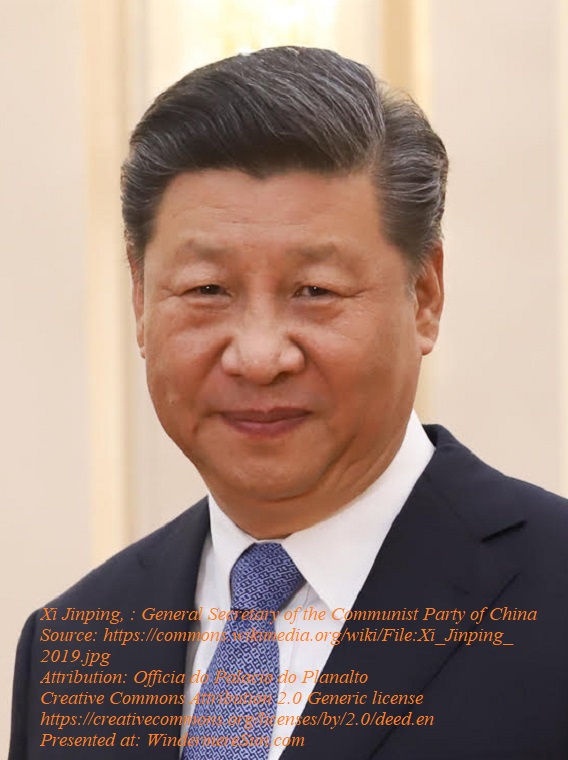 Chinese President Xi Jinping  has not been seen in public for several days.  Although there had been much rumors and speculations over social media this past weekend regarding the possibility of a coup against Xi, there has been no confirmation of any kind from the Chinese government or Chinese media yet. Much of the news and information regarding China situation are coming out of India. The world is watching, pondering what will become of China, her 1.4 billion people, and people in Taiwan, Hong Kong, Tibet, Vietnam, etc.

Several unverified videos of military movement in Beijing are making rounds on the internet. Chinese author Jennifer Zeng had put out a video of military vehicles heading to Beijing. There are also rumors of no commercial flights over Beijing. But no flights are cancelled any where (check out flights in and out of China). Live flight tracking image showing business as usual at Beijing Airport. Some China watchers believe that Xi is under quarantine after his return from Uzbekistan. China’s strict zero-COVID policy mandates every one return from foreign country to undergo quarantine. The rumor of Xi “Coup” came in the wake of sentencing of two ex-ministers to death and 4 officials to jail for life earlier this week as part of Xi’s anti-corruption drive. These officials were supposedly Chinese President Xi Jinping’s opponents. Keep in mind that Xi Jinping is poised to secure a historic 3rd term. Chinese Communist Party’s 5-yearly congress is set to begin on October 16, 2022. If Xi Jinping is elected, he will be China’s most powerful leader since Mao Zedong. The fallout from Evergrande and recent bank runs in China have generated a great deal of discontent.

Is Xi Jinping missing? Is there a military coup in China? Speculations began on the internet after Jinping was said to be missing from the public eye following his return from the Shanghai Cooperation Organisation (SCO) meeting in Uzbekistan. After this, claims of the president being under house arrest went viral on Chinese social media. Here’s the truth behind it, in the video streamed on Sep 26, 2022, by India Today, as “Is Xi Jinping Facing A Coup & Placed Under House Arrest? What’s Happening In China?|Explained“, below:

#ChinaCoup was trending on Twitter this weekend over rumors that Chinese President Xi Jinping was under house arrest and the country was in a military coup. Airline flights have been grounded over Beijing and there are reports of military equipment in the streets. Here is video that was tweeted by Jennifer Zeng showing military vehicles driving towards Beijing. She reported “the entire procession as long as 80km.” Xi Jinping has not been seen for several days. Many of these reports are coming out of India, and we need to keep in mind that India has their own bias against China. So far these are rumors. We do not know for sure what is going on, but I would like to take a moment and review what has happened to get us to this point, in the video published on Sep 25, 2022, by WolvesAndFinance, as “Is There a Coup in China? #ChinaCoup“, below:

Xi Jinping has held all the strings in China – from being the President, General Secretary of the CCP, Commander-In-Chief of the PLA and the General Secretary of the Central Military Mission. If Xi is to be ousted, the next in line is most likely to be PLA general Li Giaoming. What could be the ramifications of a possible fallout & what is next for China? NewsX’s Devika Chopra discusses with distinguished panelists, in the video published by NewsX, as “Who Are Xi’s Enemies?| The Rise And ‘Fall’ of Xi Jinping | NewsX“, below:

This morning, Twitter users woke up to Hashtag Xi Jinping trending on the micro-blogging site. The reports of a political coup against the Chinese leader has taken internet by storm. Some are claiming that he has been placed under house arrest and major military buildup has begun at Beijing the capital of China to prevent protests spilling on the streets. Many twitter users pointed that the flights have been grounded too. There is a largescale interest generated about what is happening in China especially since there is no official word from china, Chinese media about this. Neither have they confirmed this nor have they denied it. That means these reports are still not confirmed. These are speculations/unconfirmed reports doing round. But as it is said there’s no smoke without fire. What sparked these speculations? And what we know so far about what is happening in china? Arti Ghargi explains, in the video published by HW News English, as “Is Xi Jinping Under House Arrest? What We Know So Far About China Political Coup Claims??“, below:

Amid the rumors of Chinese Premier Xi Jingping’s house arrest, the future of the leader hangs in the balance when the 20th National Congress of the CPC will take place on the 16th of October, 2022, in the video published by Oneindia News, as “Xi Jinping’s political future hangs in the balance, Party to meet of October 16th | Oneindia News“, below:

Social media was abuzz with massive rumours of Chinese president Xi Jinping being under “house arrest” following a “military coup”. The wave of rumours began after Xi Jinping returned from the SCO summit in Samarkand in Uzbekistan. Since then he has been away from the public glare. Many experts claim that he is under home quarantine as part of China’s strict Zero-Covid policy, rejecting claims that he has been removed from power. Watch this video to know more, in the video published on Sep 26, 2022, by Hindustan Times, as “Xi under ‘house arrest’, ‘military coup’ in China rumours trigger online frenzy; Know the truth“, below:

Several news outlets on Saturday, Sep 24, 202, reported that Chinese President Xi Jinping has been put under house arrest and the army has taken over Beijing, in the video published on Sep 24, 2022, by Oneindia News, as “Chinese President Xi Jinping allegedly put under house arrest, army in control |Oneindia News *News“, below: