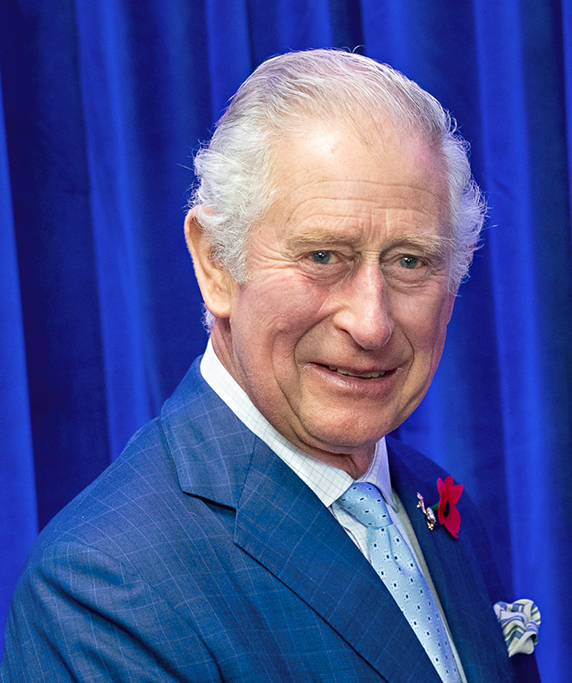 Upon the death of his mother, Prince Charles became King Charles III and therefore adopted the Royal Standard. This flag is used to represent the King not only in the United Kingdom but also overseas when he makes state visits. It is the royal arms in banner form undifferentiated, having been used by successive British monarchs since 1702.

Trumpets and cries of “God save the King” were heard as Charles III was proclaimed monarch during an elaborate ceremony at St. James’s Palace. Charles became king immediately after the death of his mother, Queen Elizabeth II, but a historic meeting formally confirmed his role on Saturday, September 10, 2022. It is the first time that cameras have been inside this ceremony, the last of which took place over 70 years ago, in the video published on Sep 10, 2022, “Charles III proclaimed king in historic ceremony – BBC News“, below:

Charles III swore an oath as he was proclaimed as King at a ceremony at St James’s Palace. Charles became king immediately following the death of his mother Queen Elizabeth II, but a historic meeting formally confirmed his role on Saturday. The Accession Council, a body made up of senior politicians, judges and officials, proclaimed him as the monarch in the State Apartments. It is the first time the historic ceremony has been televised, in the video published on Sep 10, 2022, “Charles III swears oath in historic televised proclamation ceremony – BBC News“, below:

King Charles III has promised to follow in the steps of his late mother Queen Elizabeth’s ‘inspiring example’. In a speech at St James Palace, the new monarch said he is ‘deeply aware’ of the ‘duties and heavy responsibilities of sovereignty’. It is the first time the ceremony has been held since 1952, when Queen Elizabeth II took the throne, in the video published on Sep 10, 2022, “King Charles III has been formally proclaimed UK’s new sovereign“, below:.
King Charles III, who ascended to the throne after Queen Elizabeth II’s death, paid tribute to his mother and promised to continue her lifelong service in a televised addressed to the nation on Friday — the first time as the new monarch. “As the queen herself did with such unnerving devotion, I too now solemnly pledge myself — throughout the raining time that God grants me — to uphold the constitutional principles at the heart of our nation,” Charles said, in the video streamed on Sep 9, 2022, “King Charles III gives first address to nation after Queen Elizabeth II’s death| full video“, below:
King Charles III has very large shoes to fill. How will he change the British royal family? 00:00 – Britain has a new king, in the video published on Sep 9, 2022, “What to expect from King Charles III“, below:

The new Prince and Princess of Wales – William and Kate – surprised crowds paying tribute to Queen Elizabeth II, as they were joined by Harry and Meghan outside Windsor Castle. A palace spokesperson has said the Prince of Wales the Duke and Duchess of Sussex to join him and the Princess of Wales to greet well-wishers as they pay tribute to the Queen, in the video published on Sept 10, 2022, “Royals unite: Harry and Meghan join William and Kate in tribute to Queen“, below:

King Charles III and Camilla, the Queen Consort, arrive at Buckingham Palace following the death of Queen Elizabeth II. See the moment they were greeted by an emotional crowd, in the video published on Sep 9, 2022, “King Charles returns: See crowd’s reaction outside palace“, below:

Britain’s longest-reigning monarch, Queen Elizabeth II, died in Scotland at Balmoral Castle on Sept. 8. London’s St. Paul’s Cathedral held a public service to honor the Queen on the first day of UK’s 10-day period of mourning. Elizabeth, 96, was a symbol of stability and continuity — even through royal scandals, the contraction of the British Empire and massive changes around the world, in the video published on Sep 9, 2022, “King Charles III addresses U.K., memorial service held for queen – 9/9 (FULL LIVE STREAM)“, below: