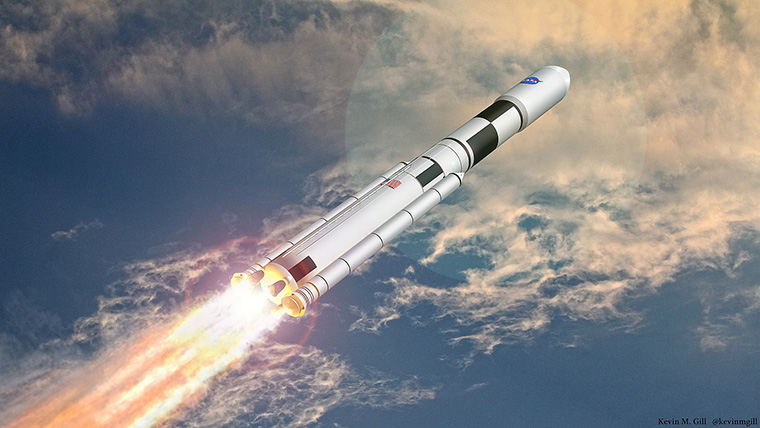 Liftoff of the Artemis 1 from Launch Pad 39B at NASA’s Kennedy Space Center in Florida is currently targeted for 8:33 a.m. EDT (12:33 UTC) on Monday, Aug. 29, at the start of a two-hour launch window. Through Artemis missions, NASA will land the first woman and the first person of color on the Moon, paving the way for a long-term lunar presence and serving as a steppingstone to send astronauts to Mars.

The Artemis program is a human and robotic Moon exploration program led by the United States space agency, NASA. If successful, the Artemis program will reestablish a human presence on the Moon for the first time since the Apollo 17 mission in 1972. The major components of the program are the Space Launch System (SLS), Orion spacecraft, Lunar Gateway space station and the commercial Human Landing Systems, including Starship HLS. The long-term vision of the program is to establish a permanent base camp on the Moon and facilitate human missions to Mars.

The Artemis program is a collaboration of space agencies and companies around the world, bound together via the Artemis Accords and supporting contracts. As of July 2022, twenty-one countries have signed the accords,[6] including both traditional U.S. space partners (such as Canada, Japan, and the United Kingdom) and emerging space powers such as Brazil, South Korea, and the United Arab Emirates.[7]

The Artemis program was formally established in 2017 during the Trump administration; however, many of its components such as the Orion spacecraft were developed during the previous Constellation program (2005–2010) and after its cancellation. Orion’s first launch, and the first use of the Space Launch System, was originally set in 2016, but was scheduled to launch in 2022 as the Artemis 1 mission, with robots and mannequins aboard. According to plan, the crewed Artemis 2 launch will take place in 2024, the Artemis 3 crewed lunar landing in 2025, the Artemis 4 docking with the Lunar Gateway in 2027 and future yearly landings on the Moon thereafter. However, some observers note that the program’s cost and timeline are likely to be overrun and delayed, due to NASA’s reportedly improper management of contractors.[8][9]

Watch live as our mega Moon rocket launches an uncrewed Orion spacecraft on a six-week mission around the Moon and back to Earth. During #Artemis I, Orion will lift off aboard the Space Launch System (SLS) rocket, and travel 280,000 miles (450,000 km) from Earth and 40,000 miles (64,000 km) beyond the far side of the Moon, carrying science and technology payloads to expand our understanding of lunar science, technology developments, and deep space radiation. Liftoff from Launch Pad 39B at NASA’s Kennedy Space Center in Florida is currently targeted for 8:33 a.m. EDT (12:33 UTC) Monday, Aug. 29, at the start of a two-hour launch window. Through Artemis missions, NASA will land the first woman and the first person of color on the Moon, paving the way for a long-term lunar presence and serving as a steppingstone to send astronauts to Mars. We are going, in the video published on Aug 29, 2022, “Artemis I Launch to the Moon (Official NASA Broadcast)“, below

In the video streamed on Aug 29, 2022, “WATCH LIVE: NASA’s moon-bound Artemis 1 mission to launch new era in space exploration“, below:

Retired NASA astronaut Leland Melvin joins MSNBC’s Alex Witt to discuss NASA’s Artemis launch. The Artemis 1 space mission hopes to send astronauts on a trip around the moon in 2024. Melvin shares the missions main objectives and what the crew is doing to prepare in case something goes wrong, in the video published on Aug 28, 2022, “How NASA’s Artemis 1 Launch Will Prepare Astronaus To Return To The Moon“, below:

You could go your entire life without thinking about a collet. Indeed, you could go your entire life without even knowing what a collet is, and if we stopped right here you’d be no worse off. For the record, though, a collet is a small ring of metal, about the size of a fist, and, as NASA announced at a July 20 press conference, at the moment, it’s the biggest thing standing in the way of the U.S. having humans back on the surface of the moon sometime in the middle of this decade, in the video published on Aug 27, 2022, “Return To The Moon: Artemis 1 Mission“, below:

Everything about the Artemis 1 mission to the Moon. Compare news coverage. Spot media bias. Avoid algorithms. Be well informed. Download the free Ground News app at, in the video published on Aug 27, 2022, “Why Artemis 1 Must Not Fail“, below:

NASA is gearing up to launch its Artemis program, which aims to return astronauts to the moon for the first time in decades. WSJ explains the challenges behind this historic mission, and why it’s a critical step in getting humans on the moon by 2025, in the video published on Aug 25, 2022, “Artemis I Launch Tests NASA’s Mission to Return Humans to the Moon | WSJ“, below:

The journey of half a million miles – the first flight of the Artemis Generation – is about to begin. The uncrewed Artemis I mission will jump-start humanity’s return to the Moon with the thunderous liftoff of NASA’s powerful new Space Launch System rocket and Orion spacecraft. This critical flight test will send Orion farther than any human-rated spacecraft has ever flown, putting new systems and processes to the test and lighting the way for the crew missions to come. Artemis I is ready for departure – and, together with our partners around the world, we are ready to return to the Moon, with our sights on Mars and beyond, in the video published on Aug 24, 2022, “Artemis I: We Are Ready“, below:

The Artemis 1 mission’s first launch attempt is scheduled for Aug. 29, 2022. Launch through splashdown back on Earth is explained by NASA flight directors. — NASA’s most powerful rocket to launch risky moon mission test flight, in the video published on Aug 5, 2022, “Artemis I’s flight to moon and back explained in step-by-step detail“, below: