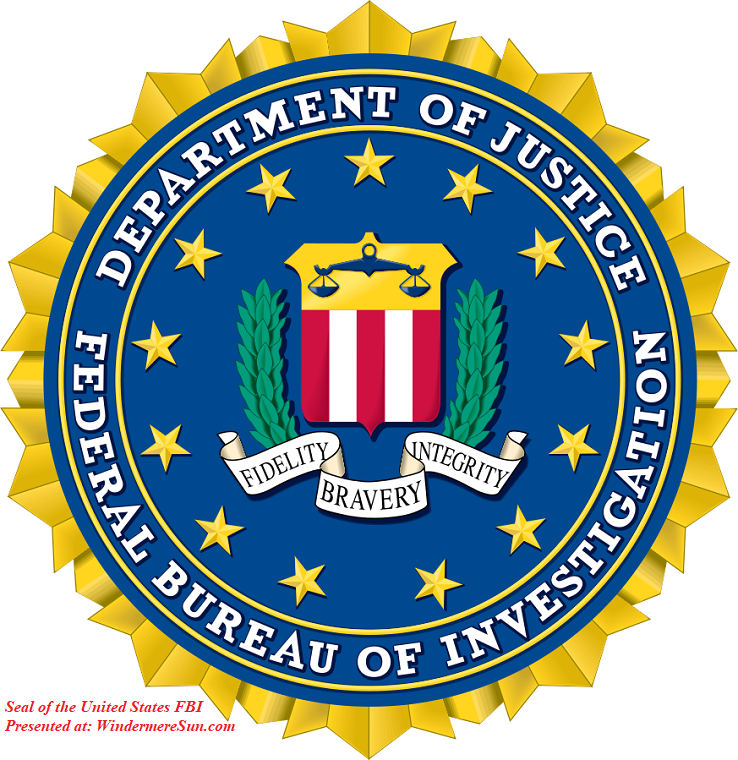 Republican Rep. Brian Fitzpatrick of Pennsylvania, a former FBI agent, says his GOP colleagues should “reserve judgment” about the bureau’s search of the former president’s home until an affidavit explaining the justification for the search comes to light, in the video published on Aug 14, 2022, “GOP rep urges Republicans to “reserve judgment” on FBI’s Trump search“, below:

11 sets of classified documents were removed from Mar-a-Lago. Now former President Donald Trump is under investigation for potential violation of the Espionage Act, and statute covering obstruction and statute involving government record, penalty of which is ban from holding public office and at worst there would be jail sentence.

Criminal Statutes in the Warrant, below:

NBC’s justice correspondent Ken Dilanian joins Saturday TODAY to discuss what the FBI found during the search raid on former President Trump’s Mar-a-Lago residence, in the video published on Aug 13, 2022, “Mar-a-Lago Search: What Comes Next After Documents Seized?” below:

The FBI sought to locate classified documents related to nuclear weapons, among other items, when agents searched former President Donald Trump’s Mar-a-Lago resort in Palm Beach, Florida, this week, people familiar with the investigation told The Washington Post, in the video published on Aug 12, 2022, “WaPo: FBI searched Mar-a-Lago for classified nuclear documents“, below:

A U.S. federal judge unsealed the search warrant used on former U.S. president Donald Trump’s Mar-a-Lago estate in Florida. The Justice Department revealed a brief list of what FBI agents seized, which included 20 boxes of papers that could violate U.S. espionage laws in the video published on Aug 12, 2022, “Trump under investigation for Espionage Act violations, FBI search warrant reveals“, below:

Rep. Jim Himes, a member of the House Intelligence Committee, talks about the stringent security requirements for accessing America’s closest held secrets and why Donald Trump’s evolving series of excuses for how secret material ended up at Mar-a-Lago are nonsense, in the video published on Aug 12, 2022, “‘Utter Baloney’: Rep. Himes Knocks Trump’s Excuses For Having Classified Material“, below:

MSNBC’s Lawrence O’Donnell explains how Attorney General Garland “has handled the most important week of his life flawlessly” and says “Donald Trump has no idea what to say now with Merrick Garland closing in on him.” in the video published on Aug 11, 2022, “Lawrence: ‘Merrick Garland Has Outsmarted Donald Trump At Every Turn’” below:

Professor of Constitutional Law at Harvard University Laurence Tribe reacts to the FBI’s search of Donald Trump’s Mar-a-Lago home and discusses several of the investigations surrounding the former president, in the video published on Aug 10, 2022, “Laurence Tribe On Trump Investigations And ‘The Death Of Truth’“, below: