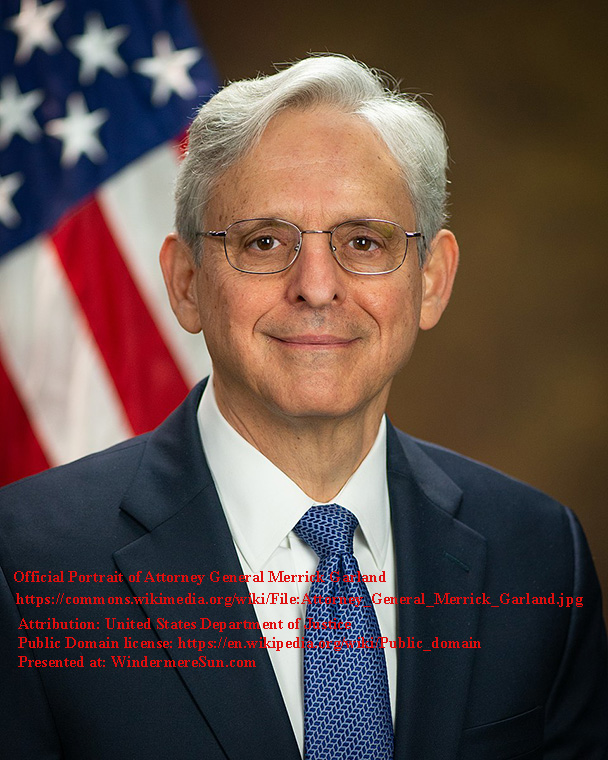 Attorney General Merrick Garland announced Thursday that the Justice Department has moved to unseal the search warrant used by the FBI to search former President Trump’s Florida home, given Trump’s “public confirmation” of the search and “substantial public interest.” Garland also told reporters that he had personally approved the warrant. Watch his full statement and analysis in this CBS News Special Report anchored by Margaret Brennan, in the video published on Aug 11, 2022, “Merrick Garland announces move to unseal search warrant for Mar-a-Lago| Special Report“, below:

“Lock and load,” was one of the top comments on an online forum dedicated to former President Donald Trump, soon after it emerged his Florida Mar-a-Lago resort had been searched by the FBI. CNN’s Donie O’Sullivan reports, in the video published on Aug 11, 2022, “FBI chief responds to threats after search of Trump’s property“, below:

A federal judge unseals the search warrant from the search of former President Trump’s Mar-a-Lago residence. The man who fired a nail gun at a FBI building in Cincinnati posted threats online ahead of the attack. The House is expected to pass the Inflation Reduction Act, marking a substantial win for Democrats. Betsy Woodruff Swan, Eugene Robinson and Matt Gorman join the Meet the Press NOW roundtable to discuss legal suspicions around Trump and the odds he becomes the Republican presidential nominee. Evan Mullin runs as an independent against incumbent Sen. Lee (R-Utah) in the Utah Senate race, in the video published on Aug 12, 2022, “MTP NOW Aug. 12 – FBI Search Warrant Unsealed; FBI Building Attack Details; Inflation Reduction Act“, below:

11 sets of classified documents were removed from Mar-a-Lago. Now former President Donald Trump is under investigation for potential violation of the Espionage Act, and statute covering obstruction and statute involving government record, penalty of which is ban from holding public office.

Criminal Statutes in the Warrant, below:

The FBI sought to locate classified documents related to nuclear weapons, among other items, when agents searched former President Donald Trump’s Mar-a-Lago resort in Palm Beach, Florida, this week, people familiar with the investigation told The Washington Post, in the video published on Aug 12, 2022, “WaPo: FBI searched Mar-a-Lago for classified nuclear documents“, below:

New York Times columnist David Brooks and Washington Post associate editor Jonathan Capehart join Judy Woodruff to discuss the week in politics, including the multiple investigations hanging over former President Trump and primary victories by his supporters who are election deniers, in the video published on Aug 12, 2022, “Brooks and Capehart on the FBI search of Mar-a-Lago, the investigations surrounding Trump“, below:

In a news conference at the Justice Department, Attorney General Merrick Garland announced the Federal Bureau of Investigation has filed a motion to unseal the search warrant of former President Donald Trump’s Mar-a-Lago resort. He also spoke out about allegations made against the FBI about the purpose of the search, in the video published on Aug 11, 2022, “Merrick Garland announces FBI filed motion to unseal Trump warrant“, below:

MSNBC’s Lawrence O’Donnell explains how Attorney General Garland “has handled the most important week of his life flawlessly” and says “Donald Trump has no idea what to say now with Merrick Garland closing in on him.” in the video published on Aug 11, 2022, “Lawrence: ‘Merrick Garland Has Outsmarted Donald Trump At Every Turn’“, below:

John Brennan, former C.I.A. director, talks about the extreme level of security that is applied to the United States’ nuclear secrets, and stringent limits on access to them, in the video published on Aug 12, 2022, “How Secure Are U.S. Nuclear Weapon Secrets? Former CIA Director Explains”, below:

Retired Lt. General Mark Hertling breaks down the various ways sensitive documents can be classified by the US government after the FBI seized documents from former President Trump’s home, in the video published on Aug 13, 2022, “Expert analyzes levels of classified documents seized at Trump’s home“, below: