Why Georgia Is Giving $3,000 Tax Credit To Unborn Child 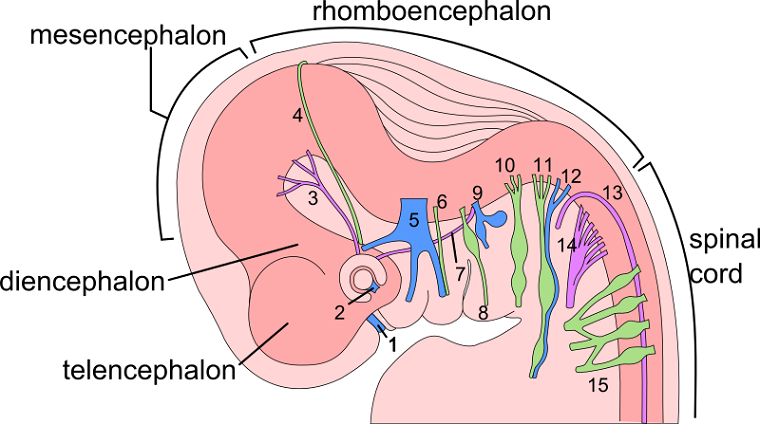 As the birth rate and replacement rate of organic human decline on planet earth, policy makers every where are looking for ways to reverse this trend. Since human being are known to respond better to positive rather than negative reinforcement, rewarding the behavior society wants to see more of is preferred over punishing the behavior society wants to see less of. Therefore, Georgia lawmakers are taking steps in trying to incentivize birth rate and boosting status of embryos by instituting positive reinforcement in the form of tax credit for unborn child with detectable heart beat in the Living Infants and Fairness Equality (LIFE) Act, effective as of  July 20, 2022: The 11th Circuit’s ruling made HB 481‘s amendment to O.C.G.A., adding an unborn child with a detectable heartbeat to the definition of dependent. So, on individual income tax returns filed for tax year 2022, any time on or after July 20, 2022, and through December 31, 2022, a Georgia taxpayer has an unborn child (or children) with a detectable human heartbeat (which may occur as early as week six gestation), the taxpayer may claim a dependent personal exemption in the amount of $3,000. for each unborn child. For tax year 2022, the deduction for dependent unborn children will be a subtraction on Line 12, “Other Adjustments,” of Form 500 Schedule 1. Relevant medical records or other supporting documentation shall be provided to support the dependent deduction claimed if requested by the Department of Revenue of Georgia, as indicated in Guidance related to House Bill 481, Living Infants and Fairness Equality (LIFE)Act.

State of Arizona passed a similar statute, but enforcement of its law granting “personhood” to fetuses had been blocked by a court, according to Elizabeth Nash, Principal Policy Associate for state abortion policy for the pro-abortion rights Guttmacher Institute.

To better understand the history and background of Georgia’s HB 481, please refer to excerpt from wikipedia, in italics, below:

The Georgia House Bill 481 was an American anti-abortion law passed in 2019 that sought to prevent physicians in the U.S. state of Georgia from performing abortions beyond six weeks, except in special situations. The bill was strongly criticized and, notably, many celebrities in Hollywood threatened to boycott the state of Georgia if it were passed. Passed in 2019, it was initially ruled unconstitutional in July 2020. That ruling was reversed, however, in July 2022.

The Georgia HB481 is a six-week abortion ban; except in certain situations, physicians practicing medicine in the state of Georgia would be prohibited from offering abortion services to pregnant women if a so-called “fetal heartbeat” is present, which typically occurs in the 6th week of pregnancy. Exceptions are provided for women whose pregnancies are considered futile (e.g. anencephaly) or medical emergency and women pregnant by rape or incest but only if they are less than 20 weeks pregnant and only if they have filed a police report.[1]

Dire predictions about an impending overpopulation crisis have loomed large in the human imagination for centuries. Darrel Bricker and John Ibbitson co-authors of, “Empty Planet: The Shock of Global Population Decline,” say these predictions have been greatly exaggerated. In fact, the global population is on the decline. They join The Agenda to discuss a shrinking planet and the myriad challenges it poses, in the video published on Feb 13, 2019, “The World’s Shrinking Population“, below:

Urbanization is the major contributing factor to declining fertility rate. Quebec has been paying women to have more children for many years. Spain has appointed a “sex tsar” to attempt to get people to have more children. Once a society gets used to low birth rate, it is likely to continue to have such a low birth rate. Immigration is part of the solution to declining birth rate, but many countries have cultural exclusionary mentality and would rather shrink and risk dying  rather than expand and risk being divided.

Extended parental leave, state-supported child care, child payment, free-ride in tram if with baby stroller, etc. have all been implemented in various countries to encourage birth rate. There is now even talk of artificial wombs to keep premature babies alive. Keep in mind that the necessary replacement rate is 2.1 in order to sustain current population. Despite all of these incentivizing efforts to increase birth rate, according to the United Nations, World Population Prospects (2017), these are the birth/replacement rates listed for these countries, below:

Some of the record of World Bank (2019) for birth/replacement rates, below:

Multiculturalism of USA is an example in how to deal with the declining fertility or replacement rate, in bringing in qualified immigrants that would benefit the future development of USA. In decades to come, there would be competition for immigrants to bring in to offset the declining fertility or replacement rate. As of now, USA is still ranked #1 globally in terms of being the favored country that people would want to immigrate to.

Now, let’s take a look at how other developed nations are incentivizing births, in the videos below:

Singapore is growing old, fast. By 2050, it’s estimated that half the population will be 65 and older. But the government thinks they have a solution — paying couples to have a baby. But will it work? In the video published on Dec 24, 2020, “Why Singapore is Offering Couples Thousands of Dollars to Have a Baby“, below:

In the video published on April 2, 2019, “Baby crazy! Why is the fertility rate so high in France?” below:

Hungary has one of the lowest birthrates in Europe, and prime minister Viktor Orbán is spending significant money trying to convince young people to have babies, in the video published on Feb 23, 2021, “Pressure to procreate: inside Hungary’s baby drive | Europe’s Baby Bust“, below:

Greece’s population is falling fast, with low birth rates and economic instability hitting its island communities hardest, in the video published on Feb 9, 2021, “Can paying for pregnancies save Greece?|Europe’s Baby Bust“, below:

Family size has been shrinking in the industrialized world for decades, and in Italy, the decline has been particularly dramatic. A generation ago, Italian mothers commonly had more than four children. Now they average less than two. Demographers warn that a shrinking population could yield an unprecedented economic crisis. Special correspondent Christopher Livesay reports from Sicily, in the video published on Nov 25, 2019, “In Italy, rising anxiety over falling birth rates“, below:

In the video published on Jan 31, 2022, “Elon Musk Publicly Reveals the GREATEST Global| Threat Ever“, below:

It would be nice if governments would provide monthly stipends for all babies’ parents (which is going on in some countries right now, such as the Child benefit in Australia, Canada, Finland, Hungary, Ireland, Japan, Luxembourg, Netherland, New Zealand, Spain, South Korea, United Kingdom, or Kindergeld of Germany  ). After all, these parents will be helping to raise the future of the nations. It is a very important job to see to it that these babies grow up to be productive and responsible citizens. Furthermore, tax credits, subsidies, and preventing abortions via laws (some people would simply choose sterilization or move out of state or country entirely) alone would not be sufficient, it is necessary for the society to nurture the attitude of  respect toward parenthood and help to insure that women’s careers would not suffer as a result of choosing to become mothers. Only then, the human society would stand the chance of obtaining the sustainable replacement rate. On the other side of the coin, there are those who believe that the answer may lie in the artificial wombs. To these people, I maintain that raising children is not just about birthing but also educating the children in basics of humanity and how to become the participants and contributors of the human society. Ultimately, I believe the solution may lie in immigration, for this may be the fastest way to compensate for the lowering fertility or replacement rate. But how quickly and who should be allowed to immigrate into the desired country need to be carefully deciphered. So, in the final analysis, the way toward sustainable  replacement rate will need to be in a combination of: Immigration + Tax Credits + Child Benefit +Extended Parental Leave + Subsidized Child Care + Generating Societal Attitude of Respect Toward Parenthood (via media, publications, etc.) + Insuring Women’s Careers Post-Pregnancy.