Seminal Alzheimer’s Study May Have Been Manipulated 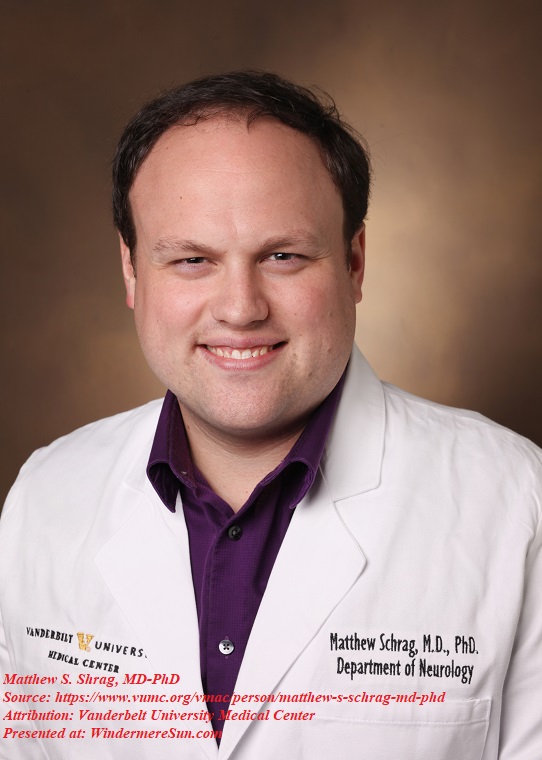 United States spends about $3 billion on Alzheimer and dementia research every year, increased by 360% during the past five years. Spending on people with Alzheimer’s is estimated to be costing Medicare $599 billion by 2050.

According to World Health Organization, Alzheimer’s is the most common cause of dementia globally. In the highly influential paper published in Nature in 2006 by neuroscientist Sylvain Lesne of the University of Minnesota, Twin Cities,  Lesne’s work underpins a key element of the dominant yet controversial amyloid hypothesis of Alzheimer’s (which holds that Aβ clumps, known as plaques, in brain tissue are a primary cause of the devastating Alzheimer’s disease). This research helped to guide billions of dollars in U.S. federal government research into Alzheimer’s. But critical elements of this most cited Alzheimer’s disease research in the last two decades may had been purposely manipulated, according to a report in Science.

Matthew Schrag, a neuroscientist and physician at Vanderbilt University, identified apparently altered or duplicated images in dozens of journal articles. The attorney reported many of the discoveries in the FDA petition, and Schrag sent all of them to the National Institutes of Health (NIH), which had invested tens of millions of dollars in the work. Cassava Sciences, the developer of the experimental drug Simufilam (which had claimed to improve cognition, partly by repairing a protein that can block sticky brain deposits of the protein amyloid beta (AB), a hallmark of Alzheimer’s), denies any misconduct [see sidebar, below, in italics].) If Schrag’s doubts are correct, Lesne’s findings were an elaborate mirage.

The 6-month investigation by Science provided strong support for Schrag’s suspicions and raised questions about Lesne’s research. A leading independent image analyst and several top Alzheimer’s researchers (including George Perry of University of Texas, San Antonio, and  John Forsayeth of the University of California, San Francisco), reviewed most of Schrag’s findings at Science‘s request, and they concurred with Schrag’s overall conclusions, casting doubts on hundreds of images, including more than 70 in Lesne’s papers.  Donna Wilcock, an Alzheimer’s expert of University of Kentucky, said,  some look like “shockingly blatant” examples of image tampering. Elisabeth Bik, a microbiologist and scientific integrity consultant, said the authors “appeared to have composed figures by piecing together parts of photos from different experiments…the obtained experimental results might not have been the desired results, and that data might have been changed to…better fit a hypothesis.” Thomas Sudhof neuroscientist of Stanford University commented, “The immediate, obvious damage is wasted NIH funding and wasted thinking in the field because people are using these results as a starting point for their own experiments.”

Schrag’s work, done independently of Vanderbilt and its medical center, implies millions of federal dollars may have been misspent on the research—and much more on related efforts. Some Alzheimer’s experts now suspect Lesné’s studies have misdirected Alzheimer’s research for 16 years. Shrag said, “Even if misconduct is rare, false ideas inserted into key nodes in our body of scientific knowledge can warp our understanding.”

The data behind the most influential theory of what causes Alzheimer’s disease may have been ‘manipulated’, a damning scientific probe has claimed. Experts fear the allegedly falsified results have misled research over the last 16 years, potentially wasting billions of pounds of funding, in the video published on July 23, 2022, “Seminal Alzheimer’s study may have been manipulated“, below:

When Vanderbilt University physician and neuroscientist Matthew Schrag first grew suspicious of work underlying a major theory of Alzheimer’s disease (see main story, above), he was following a different trail. In August 2021, he provided analysis for a petition to the Food and Drug Administration (FDA), requesting that it pause two phase 3 clinical trials of Cassava Sciences’s Alzheimer’s drug Simufilam. The petition claimed some science behind the drug might be fraudulent, and the more than 1800 planned trial participants might see no benefits.

That month, Schrag submitted stinging reports to the National Institutes of Health (NIH) about 34 published papers by Cassava-linked scientists, describing “serious concerns of research misconduct.” His findings, including possibly manipulated scientific images and suspect numerical data, challenge work supported by tens of millions of dollars in NIH funds. Some of the studies suggest Simufilam reinstates the shape and function of the protein filamin A, which Cassava claims causes Alzheimer’s dementia when misfolded. (Other publications have reported on the FDA petition, but not Schrag’s identity. The Wall Street Journal has reported that the U.S. Securities and Exchange Commission is also investigating Cassava.)

In February, FDA refused to pause the trials, calling the petition the wrong way to intervene, but said it might eventually take action. Independent image analysts and Alzheimer’s experts who reviewed Schrag’s findings at Science’s request generally agree with him.

None agreed to answer questions from Science. Cassava CEO Remi Barbier also declined to answer questions or to name the company’s current scientific advisers. He said in an email that Schrag’s dossier is “generally consistent with prior allegations about our science … such allegations are false.” Cassava hired investigators to review its work, provided “nearly 100,000 pages of documents to an alphabet soup of outside investigative agencies,” and asked CUNY to investigate, he added. That effort “has yielded an important finding to date: there is no evidence of research misconduct.” (CUNY says it takes allegations of misconduct seriously, but otherwise declined to comment because of its ongoing investigation.)

Last year, Schrag reached out to most of the journals that published questioned papers. Seven were retracted—including five by PLOS ONE in April. Three others received expressions of concern; in each case, the editors said they were awaiting completion of the CUNY investigation. In a few cases, the editors told him, reviews were underway.

Cassava has said editors of two suspect papers dismissed misconduct concerns. Last year, the editors of a 2005 Neuroscience paper co-authored by Wang, Burns, and others found no improper manipulation of Western blots, but said in an editorial note they would review any concerns from an “institutional investigation,” apparently CUNY’s probe. They did not respond to additional findings Schrag raised this year.

Another paper that purportedly validated science behind Simufilam—also by Wang, Burns, and colleagues—appeared in 2012 in The Journal of Neuroscience. In December 2021, the editors corrected one figure. Barbier said in a statement that they told him they had found no manipulation. But in January, after Schrag and others raised additional doubts, the editors issued an expression of concern—reserving judgment until CUNY completes its investigation.

Schrag received $18,000 from an attorney for short sellers behind the FDA petition, who profit if Cassava’s value falls. Schrag, whose efforts were independent of Vanderbilt, says he worked hundreds of hours on the petition and independent research and he has never shorted Cassava stock or earned other money for efforts on that issue, or for similar work involving University of Minnesota, Twin Cities, neuroscientist Sylvain Lesné. (In either case, if federal authorities determine fraud occurred and demand a return of grant money, Schrag might be eligible to receive a portion of the funds.)

The most influential Cassava-related paper appeared in The Journal of Clinical Investigation in 2012. The authors—including Wang; Arnold; David Bennett, who leads a brain-tissue bank at Rush University; and his Rush colleague, neuroscientist Zoe Arvanitakis— linked insulin resistance to Alzheimer’s and the formation of amyloid plaques. Cassava scientists say Simufilam lessens insulin resistance. They relied on a method in which dead brain tissue, frozen for a decade and then partially thawed and chopped, purportedly transmits nerve impulses.

Schrag and others say it contradicts basic neurobiology. Schrag adds that he could find no evidence that other investigators have replicated that result. (None of the authors agreed to be interviewed for this article.)

In April 2016, interviewer travelled to the Buck Institute for Aging in California. This is his conversation with Professor Dale Bredesen who is successfully reversing memory loss in Alzheimer’s by taking a multi-therapeutic approach, in the video published on Sep 6, 2016, “Can Memory Loss in Alzheimer’s be Reverse?” below:

Alzheimer’s is a frightening disease not only for those who suffer from the progressive memory loss, but also their loved ones. But the University of California Los Angeles says a new way of treating Alzheimer’s is showing promise for reversing some of that memory loss. The treatment combines western medicine with eastern philosophy. Elizabeth Lee reports from Los Angeles on the new program, in the video published on Nov 6, 2014, “Study: Holistic Approach to Alzheimer’s Treatment May Reverse Memory Loss“, below: