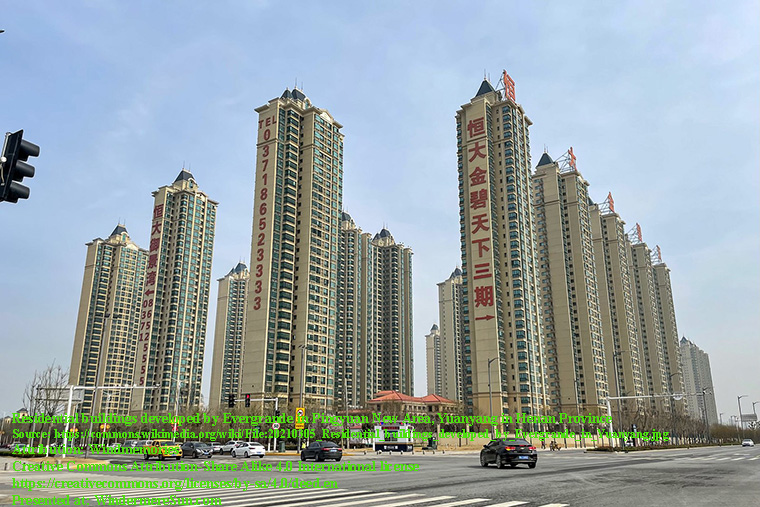 Chinese authorities violently dispersed a peaceful protest by hundreds of depositors, who sought in vain to demand their life savings back from banks that have run into a deepening cash crisis. CNN’s Steven Jiang reports, in the video published on July 11, 2o22, “Video shows violent reaction to China bank protest“, below:

It’s becoming less safe to deposit cash in China’s banks. The entire banking system, including the big four state-owned banks, are now restricting withdrawals or online transactions. China is likely to have a massive bank run which will collapse the banking and monetary system, thus further devastating the Chinese economy. This is Dandong, a city in Liaoning province, a major heavy industry province in northeast China, where people have been waiting in long lines at banks almost every day recently, hoping to get their money. Because the line is so long, local police have come to the scene to maintain order. Chinese official media has indirectly confirmed that, to a certain degree, a bank run is happening in China. The headquarters of the People’s Bank of China in Shanghai said on June 20th that in the first half of June alone cash deployment was nearly four times that of the same period in 2021. However, the bank didn’t elaborate on whether the total amount of cash was sufficient to meet people’s withdrawal needs, in the video published on July 11, 2022, “China’s cash crisis includes big state-owned banks and people are scared. Where has the money gone?” below:

For more details about the 2022 Henan Banks Protest, please refer to excerpt from wikipedia, in italics, below:

2022 Henan banks protests are series of demonstrations against four regional lenders of Henan province over alleged financial corruption.[1][2] Over the course of the previous two months, depositors have held multiple protests in the city of Zhengzhou, which serves as the capital of the province of Henan.[3]

In April, four rural banks in the Henan province stopped allowing customers to withdraw cash because “the banks were upgrading their systems”.[6] Later, however, the government arrested Sun Zhengfu, the main stockholder of the banks, for “serious financial crimes”,[7] and an investigation by the China Banking and Insurance Regulatory Commission (CBIRC) wrote that a private investment company collaborated with the banks to illicitly attract public funds via online platforms.[8] Consequently, thousands of individuals were denied access to their accounts, triggering recurrent price increases.[9] Furthermore, as a consequence of the growing volatility in the Chinese financial system, it would appear that Beijing is having difficulty finding a solution to the ever-increasing number of defaulted property loans that are being recorded on the books of smaller, regional lenders.[10] These loans are being registered as a default due to the increasing volatility in the Chinese banking system.[10]

Security personnel clashed with protesters outside a bank in the Chinese city of Zhengzhou, after they gathered to demand the release of their deposits which have been frozen for months, in the video published on July 10, 2022, “Chinese Security Personnel Clash With Protesters Outside Bank“, below:

A large group of angry demonstrators faced off with the police and the staff on Sunday in the city of Zhengzhou. The protest is against the financial scandal that has now grabbed the attention of the entire nation, in the video published on July 11, 2022, “China: Protests over freezing of bank deposits; police, bank depositors clash in Zhengzhou| WION“, below:

For almost two months, thousands of desperate depositors in China have been struggling to recover their savings. 4 banks suddenly suspended cash withdrawals. Palki Sharma tells you about the latest bank runs in China, in the video published on June 9, 2022, “Gravitas: Angry depositors in China protest for their money“, below:

On Sunday, July 10, 2022, over 1,000 protesters faced the wrath of the Chinese state. Unidentified security personnel broke up their protest violently. The protesters are victims of what could be one of the biggest financial scandals in China. Palki Sharma tells you more, in the video published on July 11, 2022, “Gravitas: China crushes massive protest in Henan“, below:

Since April of 2022, four rural banks in China’s central Henan province have frozen millions of dollars worth of deposits, threatening the livelihoods of hundreds of thousands of customers in an economy already battered by COVID lockdowns, in the video published on July 12, 2022, “Gareth Soloway: China’s Bank Run Helps Bitcoin“, below:

Gathered and posted by Windermere Sun-Susan Sun Nunamaker   More about the community at www.WindermereSun.com