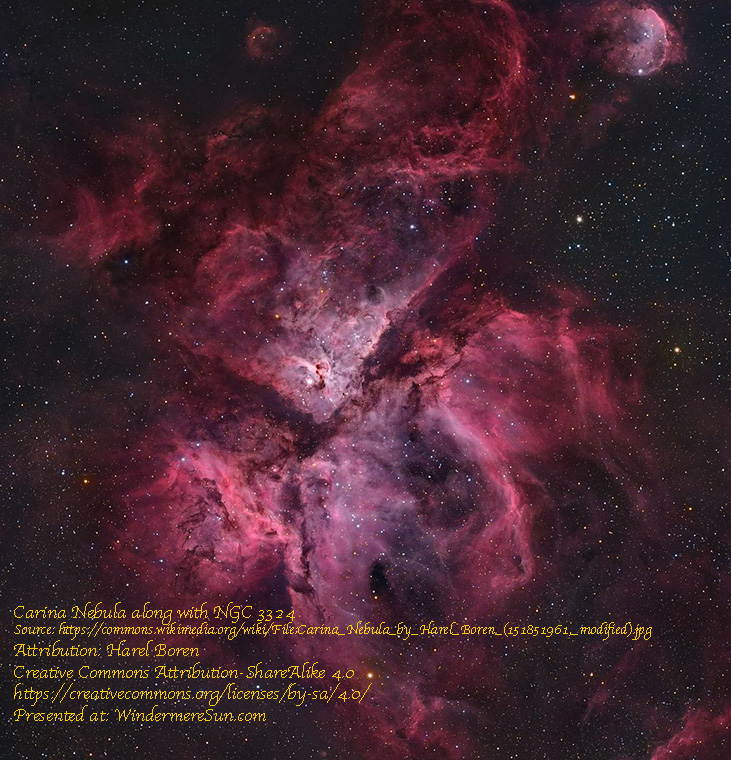 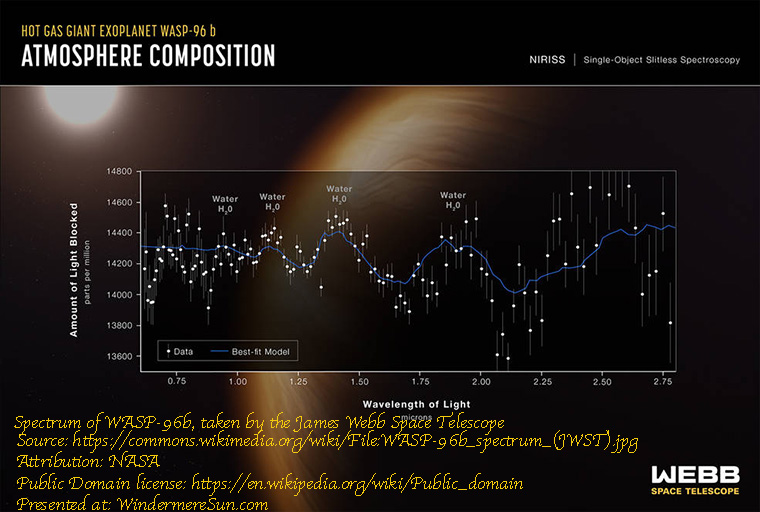 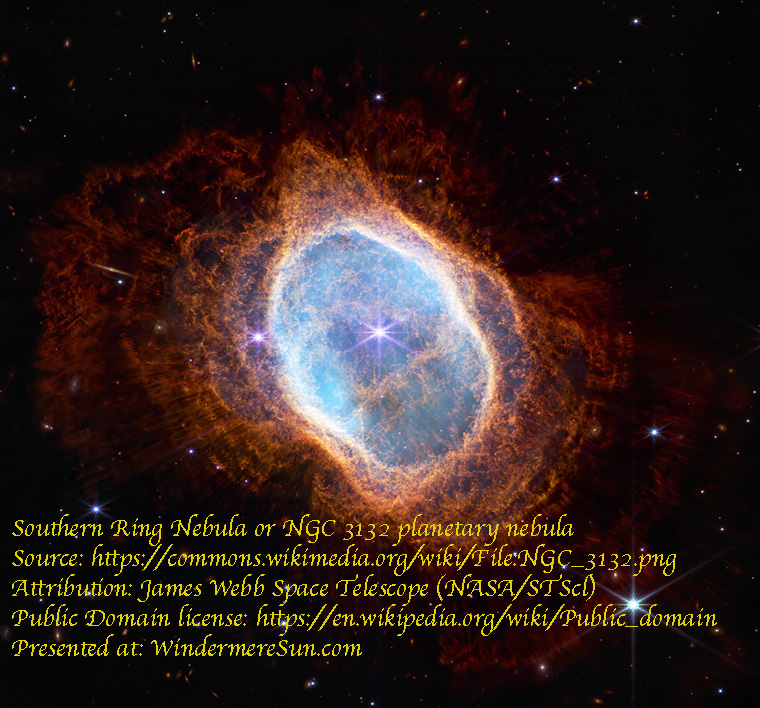 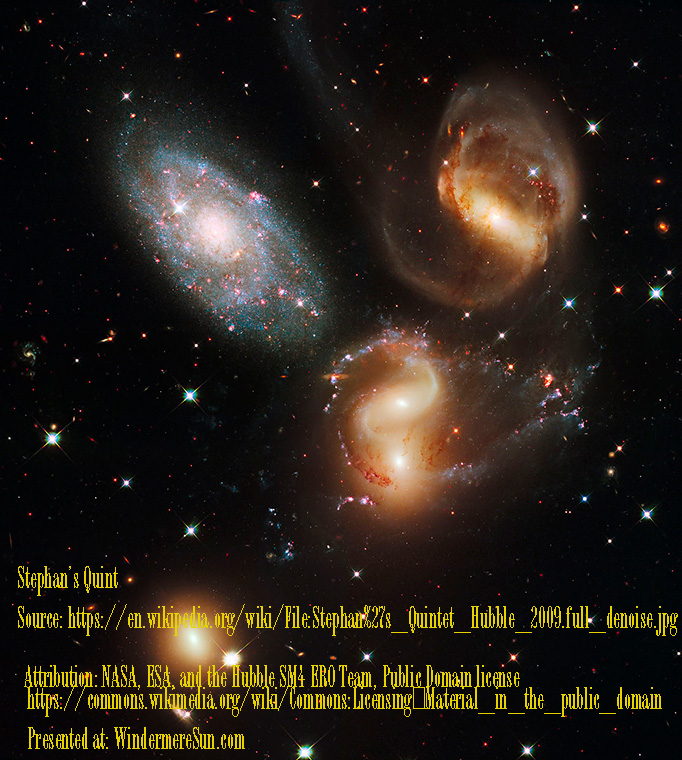 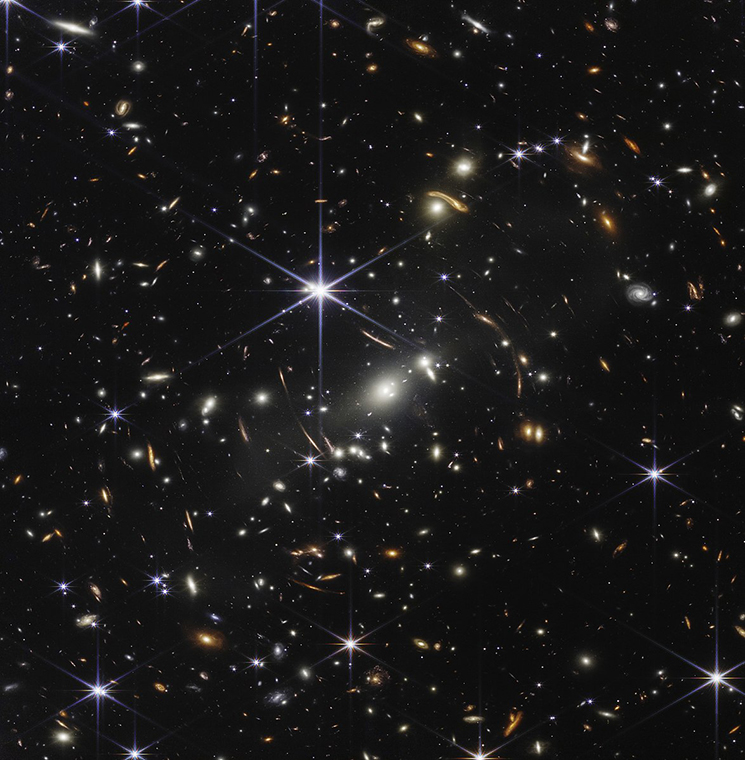 Some spectacular images were just released from NASA on July 11 & July 12, 2022, with background information or excerpt taken from wikipedia, in italics, below:

The James Webb Space Telescope (JWST) is a space telescope designed primarily to conduct infrared astronomy. As the largest optical telescope in space, its greatly improved infrared resolution and sensitivity allows it to view objects too old, distant, or faint for the Hubble Space Telescope. This is expected to enable a broad range of investigations across the fields of astronomy and cosmology, such as observation of the first stars and the formation of the first galaxies, and detailed atmospheric characterization of potentially habitable exoplanets.

U.S. National Aeronautics and Space Administration (NASA) led JWST’s development in collaboration with European Space Agency (ESA) and the Canadian Space Agency (CSA). The NASA Goddard Space Flight Center (GSFC) in Maryland managed telescope development, the Space Telescope Science Institute in Baltimore on the Homewood Campus of Johns Hopkins University operates JWST, and the prime contractor was Northrop Grumman. The telescope is named after James E. Webb, who was the administrator of NASA from 1961 to 1968 during the Mercury, Gemini, and Apollo programs.

JWST was launched in December 2021 on an Ariane 5 rocket from Kourou, French Guiana, and arrived at the Sun-Earth L2 Lagrange point in January 2022. As of July 2022, JWST is intended to succeed the Hubble as NASA’s flagship mission in astrophysics. The first image from JWST was released to the public via a press conference on 11 July 2022.[8]

These goals can be accomplished more effectively by observation in near-infrared light rather than light in the visible part of the spectrum. For this reason, JWST’s instruments will not measure visible or ultraviolet light like the Hubble Telescope, but will have a much greater capacity to perform infrared astronomy. JWST will be sensitive to a range of wavelengths from 0.6 to 28 μm (corresponding respectively to orange light and deep infrared radiation at about 100 K or −173 °C).

JWST may be used to gather information on the dimming light of star KIC 8462852, which was discovered in 2015, and has some abnormal light-curve properties.[165]

Additionally, it will be able to tell if an exoplanet has methane in its atmosphere, allowing astronomers to determine whether or not the methane is a biosignature.[166][167]

The release of the first full-color images and spectroscopic data was on 12 July 2022, which also marked the official beginning of Webb’s general science operations; President Joe Biden revealed the first image, Webb’s First Deep Field, on 11 July 2022.[269][270][271] NASA announced the list of observations targeted for release:[272][273]

The gloriously-detailed and information-packed images will offer new insight into planetary life but also practical applications thanks to the innovation used to get them, in the video published on July 12, 2022, “NASA scientist says new photos from James Web Space Telescope are a gift that keeps on giving“, below:

James Webb Space Telescope are giving a new perspective on outer space. CBS News senior national correspondent Mark Strassmann explores what the new images have captured. Then, Derrick Pitts, chief astronomer at Philadelphia’s Franklin Institute, discusses the telescope’s future. CBS News Streaming Network is the premier 24/7 anchored streaming news service from CBS News and Stations, available free to everyone with access to the Internet. The CBS News Streaming Network is your destination for breaking news, live events and original reporting locally, nationally and around the globe. Launched in November 2014 as CBSN, the CBS News Streaming Network is available live in 91 countries and on 30 digital platforms and apps, as well as on CBSNews.com and Paramount+, in the video published on July 12, 2022, “Images from James Webb Space Telescope reveal more of the universe“, below:

The first images from the world’s most powerful telescope let us see deeper into space than ever before. Here’s how NASA’s “time machine” saw invisible light from billions of years ago, in the video published on July 12, 2022, “James Webb Space Telescope: NASA’s First Images Explained“, below:

NASA shared new revelations Tuesday from the James Webb Telescope, the largest space observatory ever made. The new images capture distant galaxies, new stars and planets, and the furthest look into the birth of the cosmos ever recorded. Science correspondent Miles O’Brien reports, in the video published in July 12, 2022, “NASA’s Webb Space Telescope offers a window into the cosmos“, below:

Now that the James Webb Space Telescope has released its first images, it’s time for the science programs to begin, in the video published on July 12, 2022, “Seeing The Universe Like We’ve Never Seen Before“, below: