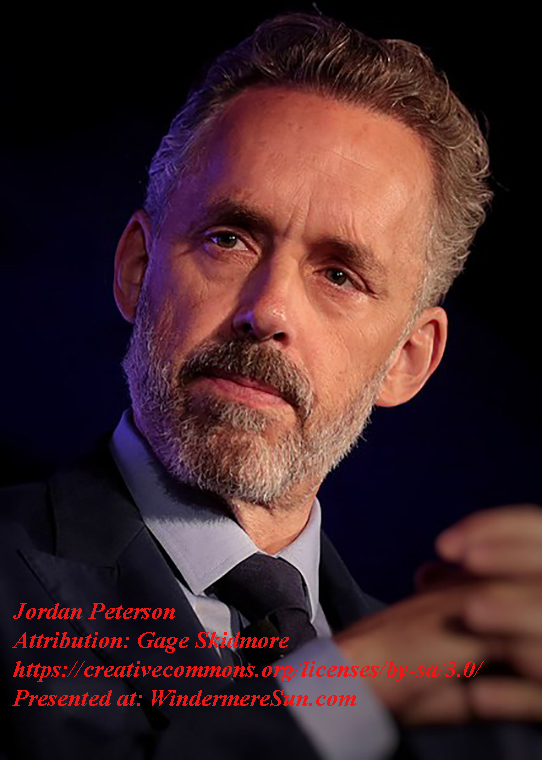 How to live with integrity rooted in truth and courage, that is the essential goal of what Dr. Jordan Peterson and various individuals and writers are hoping to accomplish. Let’s see what they are saying.

Rod Dreher is a senior writer and editor for ‘The American Conservative.’ He is the author of three New York Times bestsellers: ‘Live Not By Lies,’ ‘The Benedict Option,’ and ‘The Little Way of Ruthie Leming,’ as well as the books ‘Crunchy Cons’ and ‘How Dante Can Save Your Life.’ In this episode, Rod Dreher and Dr. Jordan Peterson discuss the book, ‘Live Not By Lies,’ the continuous emergence of Communism in the West, ideology as a substitute for religion, the importance of courage, and more, in the video published on July 7, 2022, “Live Not By Lies| Rod Dreher & Dr Jordan B Peterson“, below:

Here is the Bill of Responsibilities proposed by Aleksandr Solzhenitsyn for responsible conduct, agreed by Dr. Jordan Peterson, as a way to constrain evil, to take on the moral burden that produces atrocity in the world onto oneself, in italics, below:

Conflict delayed is conflict multiplied. Lying does not protect oneself.

Dr. Peterson sits down with Snorri Másson in Iceland to discuss the Russia-Ukraine war, gender-affirming surgery, and political tensions in the United States, in the video published on July 5, 2022, “War, Controversy, and Political Polarization| Iceland Channel 2 Interview“, below:

For more about Jordan Peterson, please refer to the excerpt from wikipeida, in italics, below:

Jordan Bernt Peterson (born 12 June 1962) is a Canadian clinical psychologist, YouTube personality, author, and a professor emeritus at the University of Toronto.[7] He began to receive widespread attention as a public intellectual in the late 2010s for his views on cultural and political issues, often described as conservative.[8][9][10] Peterson has described himself as a “classic British liberal“[11][12][13] and a “traditionalist“.[14]

Born and raised in Alberta, Peterson obtained bachelor’s degrees in political science and psychology from the University of Alberta and a PhD in clinical psychology from McGill University. After teaching and research at Harvard University, he returned to Canada in 1998 to permanently join the faculty of psychology at the University of Toronto. In 1999, he published his first book, Maps of Meaning: The Architecture of Belief, which became the basis for many of his subsequent lectures. The book combines psychology, mythology, religion, literature, philosophy and neuroscience to analyze systems of belief and meaning.

In 2016, Peterson released a series of YouTube videos criticizing the Act to amend the Canadian Human Rights Act and the Criminal Code (Bill C-16), passed by the Parliament of Canada to introduce “gender identity and expression” as prohibited grounds for discrimination.[a] In October 2016 specifically, while on the University of Toronto’s campus engaging in dialogue surrounding Bill C-16, a protester approached Peterson and filmed a video that was then released online, making it one of his most viral videos, subsequently propelling Peterson’s image online. He argued that the bill would make the use of certain gender pronouns “compelled speech“, and related this argument to a general critique of political correctness and identity politics. He subsequently received significant media coverage, attracting both support and criticism.

Peterson’s lectures and conversations, propagated mainly through YouTube and podcasts, soon gathered millions of views. By 2018 he had put his clinical practice and teaching duties on hold, and published his second book: 12 Rules for Life: An Antidote to Chaos. Promoted with a world tour, it became a bestseller in several countries. That same year, columnist David Brooks described Peterson as “the most influential public intellectual in the Western world.”[15][16] Throughout 2019 and 2020, Peterson’s work was obstructed by health problems in the aftermath of severe benzodiazepine withdrawal syndrome. In 2021, he published his third book, Beyond Order: 12 More Rules for Life, resigned from the University of Toronto, and returned to podcasting.

More of interviews with Dr. Jordan Peterson, in the video published on July 8, 2022, “The Relationship Between Life And Mortality“, below:

More of interviews with Dr. Jordan Peterson, in the video published on July 6, 2022, “Why Fixating on Race Is Harmful“, below:

More of interviews with Dr. Jordan Peterson, in the video published on July 6, 2022, “What Is Truly Meaningful? – The Postmodern Problem“, below: