Taiwan, What Will Be Her Future? 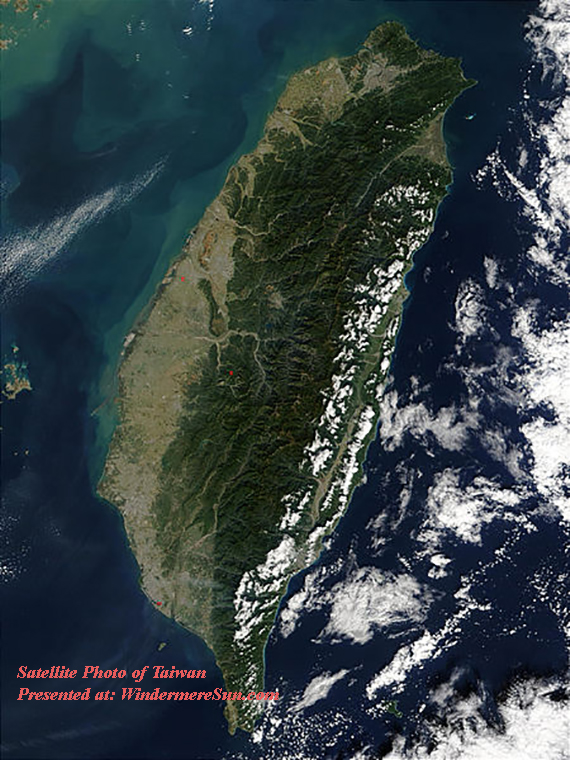 The United States insisted on Tuesday, May 10, 2022, that nothing had changed in its stance toward Taiwan after Beijing was angered by an updated fact sheet. In the updated fact sheet as it stands, the reference to the island nation being a part of China has been removed, in the video published on May 11, 2022, “US state department plays down change as China angered by Taiwan ‘fact sheet’|Latest English News“, below:

The U.S. state department has made some notable revisions to a fact sheet on Taiwan relations. In the updated version, it deleted a sentence that says the U.S. “does not support Taiwan independence.” It also removed an acknowledgment of the Chinese position “that there is but one China and Taiwan is part of China.” This updated version was published on the state department’s website on May 5. It refers to Taiwan as a leading democracy and a technological powerhouse, as well as a key U.S. partner in the Indo-Pacific, in the video published on May 10, 2022, “US state department deletes ‘Taiwan is part of China’ from fact sheet“, below:

The PLA has carried out another round of drills near Taiwan. Chinese warships and planes surrounded the island. They conducted a partial rehearsal of “a possible reunification-by-force operation”. Is China preparing to invade Taiwan? Palki Sharma tells you more, in the video published on May 10, 2022, “Gravitas: Taiwan “surrounded” by Chinese warships & warplanes“, below:

Both statement and drills of China may be resulting from:

The risk of Chinese invasion of Taiwan cannot be ruled out.

Meet the Press takes over the NBC News Washington Bureau to stage a full-day war game between the U.S. and China, in the video published on May 13, 2022, “War Games: The Battle For Taiwan“, below:

May all leaderships involved  think through carefully and be sure to remember the famous military strategist Sun Tzu’s quotes:

China’s Vice Foreign minister accused the US of bringing NATO-style expansionism to the Indo-Pacific. He claimed that such policies could push the Indo-Pacific into the abyss. Palki Sharma tells you more, in the video published on May 9, 2022, “Gravitas: China’s latest warning on the Indo-Pacific“, below:

President Xi claims the re-unification of Taiwan by China is inevitable. Taiwan disagrees. Could the latest escalations bring war to the region or even the world? In the video published on Dec 18, 2021, “Who owns Taiwan? |ABC News“, below:

For China, Taiwan is a renegade province that must be brought into line. The Taiwanese, on the other hand, see themselves as a legitimate, independent, democratic state, in the video published on Dec.12, 2021, “Taiwan vs. China – The rocky road to democracy | DW Documentary“, below:

John Oliver discusses Taiwan’s history of being governed by other countries, its fraught present-day relationship with China, and what its citizens would like their future to look like, in the video published on Oct 25, 2021, “Taiwan: Last Week Tonight with John Oliver (HBO)“, below:

To better understand Taiwan, please refer to the excerpt from wikipedia, in italics, below:

Taiwan,[II] officially the Republic of China (ROC),[I][h] is a country[22][23][24][25] in East Asia, at the junction of the East and South China Seas in the northwestern Pacific Ocean, with the People’s Republic of China (PRC) to the northwest, Japan to the northeast, and the Philippines to the south. The territories controlled by the ROC consist of 168 islands,[i] with a combined area of 36,193 square kilometres (13,974 sq mi).[j][15][36] The main island of Taiwan, formerly known as Formosa, has an area of 35,808 square kilometres (13,826 sq mi), with mountain ranges dominating the eastern two-thirds and plains in the western third, where its highly urbanised population is concentrated. The capital, Taipei, forms along with New Taipei City and Keelung the largest metropolitan area of Taiwan. Other major cities include Kaohsiung, Taichung, Tainan, and Taoyuan. With 23.45 million inhabitants, Taiwan is among the most densely populated countries in the world.

Austronesian-speaking ancestors of Taiwanese indigenous peoples settled the island around 6,000 years ago. In the 17th century, large-scale Han Chinese immigration to western Taiwan began under a Dutch colony and continued under the Kingdom of Tungning. The island was annexed in 1683 by the dyQing dynasty of China, and ceded to the Empire of Japan in 1895. The Republic of China, which had overthrown the Qing in 1911, took control of Taiwan on behalf of the World War II Allies following the surrender of Japan in 1945. The resumption of the Chinese Civil War resulted in the ROC’s loss of mainland China to forces of the Chinese Communist Party (CCP) and retreat to Taiwan in 1949. Its effective jurisdiction has since been limited to Taiwan and smaller islands.

In the early 1960s, Taiwan entered a period of rapid economic growth and industrialisation called the “Taiwan Miracle“. In the late 1980s and early 1990s, the ROC transitioned from a one-party military dictatorship to a multi-party democracy with a semi-presidential system. Taiwan’s export-oriented industrial economy is the 21st-largest in the world by nominal GDP, and 20th-largest by PPP measures, with major contributions from steel, machinery, electronics and chemicals manufacturing. Taiwan is a developed country,[37][38] ranking 15th in GDP per capita. It is ranked highly in terms of political and civil liberties,[39] education, health care[40] and human development.[k][20]

The political status of Taiwan is contentious.[44] The ROC no longer represents China as a member of the United Nations, after UN members voted in 1971 to recognize the PRC instead.[45] The ROC maintained its claim of being the sole legitimate representative of China and its territory, although this has been downplayed since its democratization in the 1990s. Taiwan is claimed by the PRC, which refuses diplomatic relations with countries that recognise the ROC. Taiwan maintains official diplomatic relations with 13 out of 193 UN member states and the Holy See,[45][46][47] though many others maintain unofficial diplomatic ties through representative offices and institutions that function as de facto embassies and consulates. International organisations in which the PRC participates either refuse to grant membership to Taiwan or allow it to participate only on a non-state basis under various names. Domestically, the major political contention is between parties favouring eventual Chinese unification and promoting a pan-Chinese identity, contrasted with those aspiring to formal international recognition and promoting a Taiwanese identity; into the 21st century, both sides have moderated their positions to broaden their appeal.[48][49]

Be sure to remember the famous military strategist Sun Tzu’s quotes: