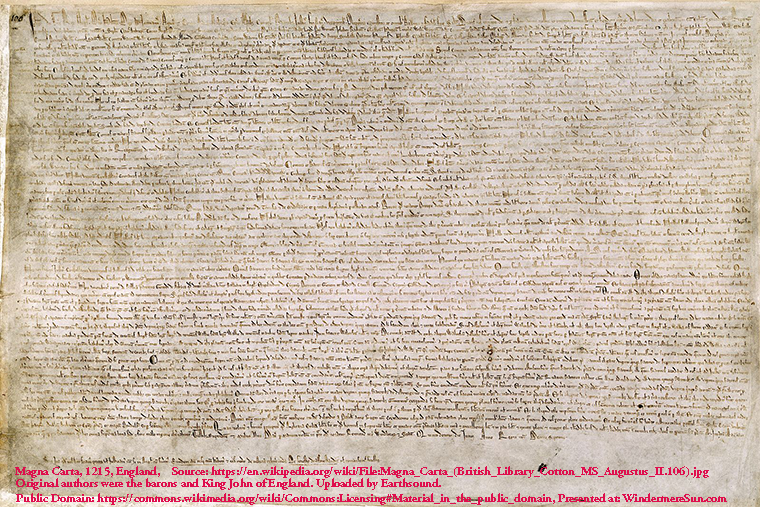 Former President Barack Obama delivers a keynote address at Stanford University about disinformation and challenges to democracy in the digital realm. The event is co-hosted by the Freeman Spogli Institute and Stanford Law School Cyber Policy Center and the Obama Foundation, streamed on Thursday, April 21, 2022, “Former President Obama speaks on disinformation’s threat to democracy – 4/21/22“, below:

As usual, the former President Obama spoke with poise and elegance at Stanford. It is true that American youth and general public need to become more educated or sophisticated about distinguishing between fact from fiction or disinformation, but it is also true that free speech needs to be protected. Keep in mind that even though former President Obama was maliciously attacked by disinformation, but he never signed any law such as that of The Sedition Act as former President John Adams did to get around the First Amendment, Freedom of Speech and Press. To better understand The Sedition Act, please refer to the excerpt of an article at Constitutional Rights Foundation site, in italics, below:

In general, sedition means inciting others to resist or rebel against lawful authority. In England, “seditious libel” prohibited virtually any criticism of the king or his officials. English common law held that any spoken or written words that found fault with the king’s government undermined the respect of the people for his authority.

The U.S. Sedition Act first outlawed conspiracies “to oppose any measure or measures of the government.” Going further, the act made it illegal for anyone to express “any false, scandalous and malicious writing” against Congress or the president. Significantly, the act did not specifically protect the vice-president who, of course, was Jefferson. Additional language punished any spoken or published words that had “bad intent” to “defame” the government or to cause the “hatred” of the people toward it.

These definitions of sedition were more specific than those found in English common law. Even so, they were still broad enough to punish anyone who criticized the federal government, its laws, or its elected leaders.

Unlike English common law, the Sedition Act allowed “the truth of the matter” to be a defense. The act also left it to the jury to decide if a defendant had “bad intent.” Penalties for different provisions of the law ranged from six months to five years in prison and a fine of up to $5,000 (more than $100,000 in today’s dollars).

The Republican minority in Congress argued that sedition laws violated the First Amendment to the U.S. Constitution, which protects freedom of speech and the press. The Federalists countered by defining these freedoms in the narrow English manner. According to English law, free speech and press only applied before the expression of ideas. The government could not censor or stop someone from expressing ideas. But after the words had been spoken or printed, the government could punish people if they had maliciously defamed the king or his government.

The Federalist majority in Congress passed the Sedition Act and President Adams signed it into law on July 14, 1798. It was set to expire on March 3, 1801, the last day of the first and—as it turned out—only presidential term of John Adams.

Keep in mind that there is difference between Free Speech of America vs. Free Speech of England.  Reading of On Liberty published in 1859 by English philosopher John Stuart Mill would help to better understand such difference. Mill rejects attempts to coerce people’s opinions and behavior either through legal coercion or social pressure. He indicates that the only time coercion is acceptable is when a person’s behavior harms other people; otherwise, society should treat diversity with respect.

Mill justifies the value of liberty through a utilitarian approach by showing the positive effects of liberty on all people and on society as a whole. He links liberty to the ability to progress and to avoid social stagnation. Liberty of opinion is valuable for two main reasons: 1. the unpopular opinion may be right. 2. if the opinion is wrong, refuting it will allow people to better understand their own opinions. Liberty of actions is desirable for parallel reasons. The nonconformist may be correct, or she/he may have a way of life that best suits her/his needs, if not any one else’s. Furthermore, these nonconformists challenge social complacency and keep society form stagnating.

In The First Amendment Encyclopedia, Mill argued against censorship, in italics, below:

Chapter 2 of On Liberty is a defense of freedom of thought and expression and an argument against censorship. Mill offers several arguments in favor of free expression.

In summary, the robust exchange of ideas will help preserve individuality, restrain the tyranny of social opinion, and guide the pursuit of truth.

On Liberty is a philosophical work by British philosopher John Stuart Mill, originally intended as a short essay. The work, published in 1859, applies Mill’s ethical system of utilitarianism to society and the state. Mill attempts to establish standards for the relationship between authority and liberty. He emphasizes the importance of individuality which he conceived as a prerequisite to the higher pleasures—the summum bonum of Utilitarianism. Furthermore, Mill criticized the errors of past attempts to defend individuality where, for example, democratic ideals resulted in the “tyranny of the majority”. Among the standards established in this work are Mill’s three basic liberties of individuals, his three legitimate objections to government intervention, and his two maxims regarding the relationship of the individual to society “which together form the entire doctrine of [Mill’s] Essay.” On Liberty was a greatly influential and well received work though it did not go without criticism. Some attacked it for its apparent discontinuity with Utilitarianism, while others criticized its vagueness. The ideas presented in On Liberty have remained the basis of much liberal political thought. It has remained in print continuously since its initial publication. To this day, a copy of On Liberty is passed to the president of the British Liberal Democrats as a symbol of office. Mill’s marriage to his wife Harriet greatly influenced the concepts in On Liberty, which was largely finished prior to her death, and published shortly after she died. The three basic liberties in order of importance: 1) The freedom of thought and emotion. This includes the freedom to act on such thought, i.e. freedom of speech 2) The freedom to pursue tastes (provided they do no harm to others), even if they are deemed “immoral” 3) The freedom to unite so long as the involved members are of age, the involved members are not forced, and no harm is done to others, in the video published on Feb 26, 2013, “ON LIBERTY by John Stuart Mill – FULL Audio Book|Greatest Audio Books“, below:

John Stuart Mill or J. S. Mill was the most influential liberal philosopher of the 19th century who wrote On Liberty, A System of Logic, Utilitarianism, The Subjection of Women, and The Principles of Political Economy, in the video published on Aug 14, 2019, “John Stuart Mill – On Liberty|Political Philosophy“, below:

Join George and John as they discuss and debate different Philosophical ideas, today they will be looking into the works of John Stuart Mill and his political philosophy around liberty, in the video published on May 12, 2021, “J.S.Mill: Liberty (Freedom of Speech/Character/Action)” below:

Harm principle, excerpt from wikipedia, in italics, below:

The harm principle holds that the actions of individuals should only be limited to prevent harm to other individuals. John Stuart Mill articulated this principle in On Liberty, where he argued that “The only purpose for which power can be rightfully exercised over any member of a civilized community, against his will, is to prevent harm to others.”[1] An equivalent was earlier stated in France’s Declaration of the Rights of Man and of the Citizen of 1789 as, “Liberty consists in the freedom to do everything which injures no one else; hence the exercise of the natural rights of each man has no limits except those which assure to the other members of the society the enjoyment of the same rights. These limits can only be determined by law.”

In order to protect Free Speech while insuring no harm come to others or preventing disinformation from harming others, perhaps incorporating the English rule of loser-pays rule would help to address the issue of harmful disinformation. But there is still the issue of rare circumstance when some extremely wealthy person being able to afford tweeting falsehood, even under loser-pays rule. Then, it would be utterly important for various social media platforms to all have a “fact check department” to alert to all participants/readers if/when the truthfulness of a particular tweet or statement had been disputed by x number of sources.