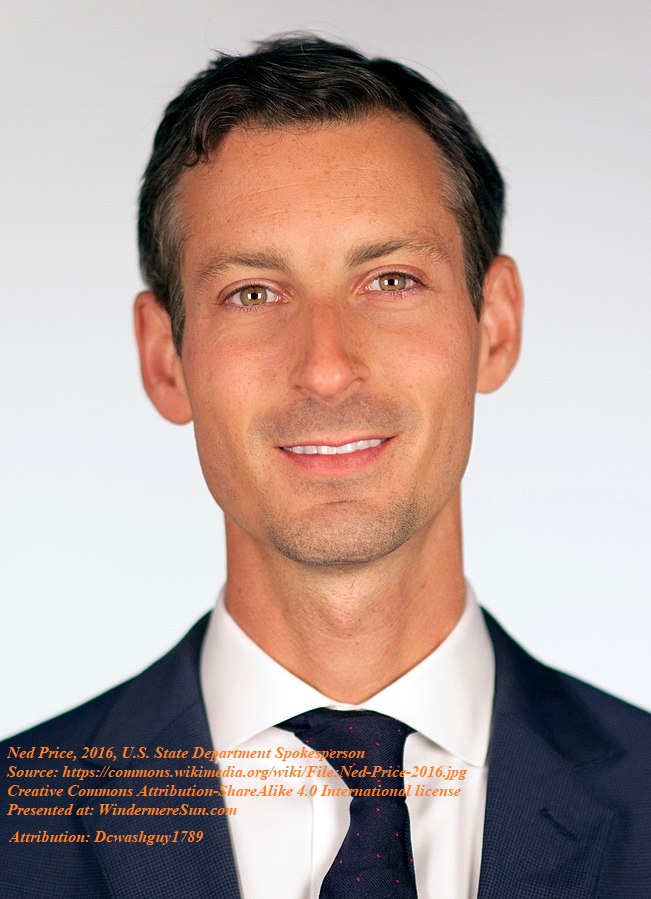 According to the U.S. State Department: This unprovoked war does not reflect the will of the people of Russia. Many Russians bravely stood up to this Putin’s War. Now nearly 15,000 Russians have been detained by authorities for having done just that, for exercising their view, for refusing to allow the iron curtain from descending upon Russia again. Russian journalists are being prosecuted for interviewing and sharing views of the Russian people. Those who spoke up are branded for life and are subject to prosecution in Russia. The USA stands with these Russian citizens of conscience as they seek their rights to freedom of expression and peaceful assembly. USA will make sure that credible allegations of war crimes will be investigated and those involved will be held responsible. USA and allies continue to seek genuine diplomacy and ways to de-escalate the situation, with the ultimate goal of saving lives.

Mr. Price also acknowledge the anniversary of Syrian Arms Race. Eleven years ago, on this very day, Syrian people took to the streets in the name of freedom, reform, and human rights, but met with the brutality of Bashar al-Assad. More details on Bashar al-Assad, from the excerpt of wikipedia, in italics, below:

Bashar Hafez al-Assad[a] (born 11 September 1965) is a Syrian politician who is the 19th president of Syria, since 17 July 2000. In addition, he is the commander-in-chief of the Syrian Armed Forces and the Secretary-General of the Central Command of the Arab Socialist Ba’ath Party. His father, Hafez al-Assad, was the president of Syria before him, serving from 1971 to 2000.

Born and raised in Damascus, Bashar al-Assad graduated from the medical school of Damascus University in 1988 and began to work as a doctor in the Syrian Army. Four years later, he attended postgraduate studies at the Western Eye Hospital in London, specialising in ophthalmology. In 1994, after his elder brother Bassel died in a car crash, Bashar was recalled to Syria to take over Bassel’s role as heir apparent. He entered the military academy, taking charge of the Syrian military presence in Lebanon in 1998.

Political scientists have characterised the Assad family’s rule of Syria as a personalist dictatorship.[b] On 17 July 2000, Assad became president, succeeding his father, who died in office a month prior. In the uncontested 2000 and 2007 elections, he received 97.29% and 97.6% support, respectively.[c] On 16 July 2014, Assad was sworn in for another seven-year term after another election gave him 88.7% of the vote.[d] The election was held only in areas controlled by the Syrian government during the country’s ongoing civil war and was criticized by the UN.[21][22] Assad was re-elected in 2021 with over 95% of the vote in another national election[citation needed]. These elections have been criticized by international observers, as well as the Syrian opposition, as being fraudulent and non-democratic[citation needed]. Throughout his leadership, human rights groups have characterized Syria’s human rights situation as poor. The Assad government describes itself as secular,[23] while some political scientists write that his regime exploits sectarian tensions in the country and relies upon the Alawite minority to remain in power.[24][25]

Once seen by many states as a potential reformer, the United States, the European Union, and the majority of the Arab League called for Assad’s resignation from the presidency in 2011 after he ordered a violent crackdown on Arab Spring protesters, which led to the Syrian Civil War.[26][27] In December 2013, the UN High Commissioner for Human Rights Navi Pillay stated that findings from an inquiry by the United Nations implicated Assad in war crimes.[28] The OPCW-UN Joint Investigative Mechanism concluded in October 2017 that Assad’s government was responsible for the Khan Shaykhun chemical attack.[29] In June 2014, the American Syrian Accountability Project included Assad on a list of war crimes indictments of government officials and rebels it sent to the International Criminal Court.[30] Assad has rejected allegations of war crimes and criticised the American-led intervention in Syria for attempting regime change.[31][32]

War zone veteran Zakrzewski was working with correspondent Benjamin Hall when incoming fire hit their vehicle outside of Kyiv, in the video published on March 15, 2022,  “Fox News cameraman killed, reporter Benjamin Hall injured in Ukraine“, below:

Pierre Zakrzewski, described as a veteran Fox News cameraman, has died after being injured alongside Fox News journalist Benjamin Hall on Monday. Fox News CEO Suzanne Scott said in a statement, “It is with great sadness and a heavy heart that we share the news this morning regarding our beloved cameraman Pierre Zakrzewski. Pierre was killed in Horenka, outside of Kyiv, Ukraine.” in the video published on March 15, 2022, “Fox News cameraman killed in Ukraine attack that injured reporter Benjamin Hall |LiveNOW from FOX“, below:

An American journalist was killed and another was wounded by Russian forces in the town of Irpin outside the capital of Kyiv as they were traveling to film refugees, Ukrainian police said Sunday, in the video published on March 13, 2022, “American Journalist Brent Renaud Shot and Killed By Russian Soldiers in Ukraine“, below: