Day 6 Of Russian Invasion Of Ukraine: We Must Not Let Ukraine Down 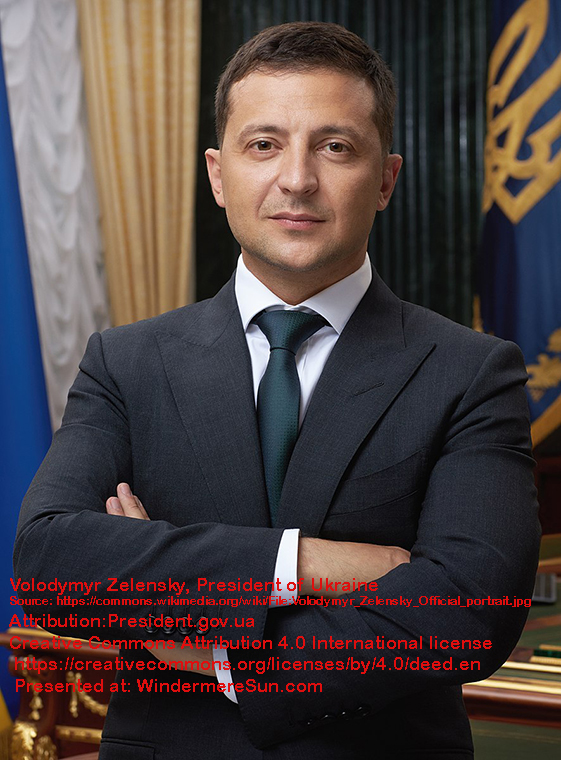 On Tuesday, March 1, 2022, Ukrainian President Zelensky vowed not to allow the Russian invasion to break him and his people, in a powerful speech to the European Parliament that reduced a translator to tears, reports our Brussels correspondent Joe Barnes. Addressing MEPs over video-link, the wartime leader said every square in his country would be renamed “freedom square” in honor of Ukraine’s fight against the Russian invasion. Nobody is going to enter and intervene with our freedom,” he said, from his secret bunker in Kyiv. “Believe you me every square, as of today, no matter what it’s called, is going to be called freedom square in every city of our country. “Nobody is going to break us, we’re strong, we’re Ukrainians.” President Zelensky also challenged EU leaders to “prove” they are Europeans by backing his bid for Ukraine to join the bloc. “Prove you are with us, do prove that you will not let us go, do prove that you, indeed, are Europeans and then life will win over death and light will win over darkness,” he said, in the video published on March 1, 2022, “Ukrainian President Zelensky moves translator to tears in speech to European Parliament“, below:

Ukrainian President Volodymyr Zelensky, addressing a European Parliament emergency session via videolink on Tuesday, called on the EU to support his country as Russian missiles slammed Ukraine’s second-largest city, Kharkiv, and a massive Russian military convoy massed on the outskirts of the capital Kyiv, in the video published on March 1, 2022, “Standing ovation as Zelensky tells European Parliament to ‘prove you are with’ Ukraine“, below:

During an emergency session of the European parliament, Volodymyr Zelenskiy urged the EU via video link to ‘prove that you are with us’ as Ukraine defends itself against an onslaught from Russia, a day after Kyiv officially asked to join the bloc, in the video published on March 1, 2022, “Zelenskiy receives standing ovation after EU parliament speech“, below:

The U.S. Secretary of State, Antony Blinken, has addressed the United Nations Rights Council during Russia’s invasion of Ukraine. He said that ‘Russia is violating international law’ and that ‘people in Ukraine are looking around the world for people to stand up to Russia and stand together, and we must not let them down.’ in the video published on March 1, 2022, “‘We must not let Ukraine down’ – U.S. Secretary of State“, below:

President of the European Commission Ursula von der Leyen gave a passionate speech in European parliament in which she outlined the bloc’s commitment to stopping Putin’s invasion of Ukraine, in the video published on March 1, 2022, “Von der Leyen pledges €1 bn to Ukraine in passionate address: ‘We are united‘”, below:

ABC News’ James Longman is in Moscow as cash could become scarce there as western nations sanctions take hold, in the video published on March 1, 2022, “New western sanctions are isolating Putin, devastating Russian economy“, below:

Russians are protesting in more than 100 cities in Russia. More than 100,000 Russians are stranded abroad, with their flight cancelled and their bank cards not accepted. Russian people are now realizing that they had been lied to, but because of the repression in Russia, there are not many outlets for Russian people to express their discontent. These days, Putin would sit far away from other nation’s leader  and even from his own top advisors.

Latvian Foreign Minister Edgars Rinkēvičs told FRANCE 24 in an interview from the Latvian capital Riga on Tuesday that Russian President Vladimir Putin is seeking to install a puppet regime in Kyiv. But, Rinkevics said, he believes such a plan “will fail”, as the Kremlin doesn’t have the military capacity to occupy Ukraine and “winning over the minds of Ukrainians after what the Russians are doing is almost impossible”, in the video published in video published on March 1, 2022, “‘We need to impose sanctions on Belarus too,’ says Latvian FM Edgars Rinkevics – FRANCE 24 English“, below:

In an interview with FRANCE 24, Georgian President Salome Zurabishvili reacted to the ongoing Russian invasion of Ukraine. The Georgian leader said she was “not too convinced” by Russian President Vladimir Putin’s assurances that he is willing to stop attacks on civilians and civilian infrastructure in Ukraine. Zurabishvili added that the only party that is escalating the war in Ukraine is Putin himself, in the video published on March 1, 2022, “Ukraine: ‘Nobody is adding to the escalation except Putin,’ says Georgia’s Zurabishvili“, below:

Former United States Secretary of Defense Leon Panetta joins Morning Joe to discuss the crisis unfolding in Russia and Ukraine, and the American response to it — both from the current administration, and from members of the former, in the video published on Feb 23, 2022, “Panetta: We Can’t Allow A Tyrant To Invade Democracies. Did We Learn Nothing From WW2?” below:

Ahead of the State of the Union, House Speaker Nancy Pelosi joins Andrea Mitchell to discuss the Russian invasion and her hopes for how that will play into President Biden’s speech. “The attack on Ukraine is an attack on democracy. We all know that. The bullying efforts of President Putin are efforts, because he is afraid of a democracy at his doorstep, which Ukraine proposes to the Russian people,” says Speaker Pelosi, in the video published on “Speaker Pelosi: Putin Is ‘Afraid Of A Democracy On His Doorstep, Which Ukraine Proposes‘”, below:

Intelligence Committee Vice Chairman Senator Marco Rubio (R-FL) joins Andrea Mitchell to discuss Russian President Putin’s mindset amid Russian military and economic losses, and whether he will advance his nuclear threats, in the video published on March 1, 2022, “Sen. Marco Rubio: Putin Would Prefer ‘Not To Escalate’ To The Point Of Nuclear War“, below:

ABC News’ Linsey Davis speaks with former Russian foreign affairs minister Andrei Kozyrev about Vladimir Putin’s war on Ukraine and how the Russian people are responding, in the video published on Feb 28, 2022, “Former top Russian diplomat: ‘People will realize their sons are dying’“, below:

Sweden and Switzerland, countries with a long history of neutrality, are teaming up with much of Europe in uniting with Ukraine to help with its defense against Russia, in the video published on March 1, 2022, “Neutral Sweden, Switzerland Unite With Europe In Defense Against Russia“, below:

As the Russian invasion of Ukraine enters its sixth day, Associated Press cameras captured a doctor’s message to Vladimir Putin after failing to save a 6-year-old girl hit by shelling, in the video published on March 1, 2022, ““Show This To Putin’: Doctor Cries As He Tries, Fails To Save Child Hit By Shell In Ukraine“, below:

Unarmed people in Ukraine have been filmed attempting to stop Russian vehicles with their bodies in a string of defiant acts, in the video published on March 1, 2022, “Unarmed Ukrainians try to push back Russian troops“, below:

Elon Rescues Ukraine, Provides Internet Starlink System During The War Between Russia And Ukraine Elon Musk said his company SpaceX will rescue the International Space Station if Russia attempts to drop it from orbit after threats by Vladimir Putin’s space chief, just hours after activating Starlink satellites to guarantee internet access for people of Ukraine. Dimitry Rogozin had taken to Twitter amidst the widely condemned Russian invasion of Ukraine to warn that Russian expertise and technology would be necessary to keep the ISS in orbit and prevent it from crashing down onto the US or Europe. ‘If you block cooperation with us, who will save the ISS from an uncontrolled deorbit and fall into the United States and Europe?’ Rogozin tweeted on Friday. ‘I think Elon is referring to this above,’ a Twitter user wrote after translating Rogozin’s tweet. ‘So Elon answered: SpaceX.’ When the Twitter user asked the billionaire if this meant SpaceX would keep the ISS from falling onto Earth, Musk replied in the affirmative. ‘Yes,’ Musk tweeted in response. The head of Tesla and SpaceX also replied to another tweet, which depicted the ISS without the Russian segment, and a SpaceX Dragon attached instead in its place. Good thread,’ Musk tweeted, in the video published on Feb 27, 2022, “Elon Rscues Ukraine, Provides Internet Starlink System During The War Between Russia And Ukraine“, below:

Several high profile Russians are expressing their disapproval of the Ukraine invasion. “In Russia, this kind of speech isn’t merely controversial, it is criminal. You could go to jail or worse for these kinds of messages. And yet, the resistance continues,” says Alex Wagner, in the video published on Feb 25, 2022, “High Profile Russians Speak Out Against Ukraine Invasion“, below: