Is GoFundMe “Professional Thief”? What Happened To The Money To Support Freedom Convoy 2022? 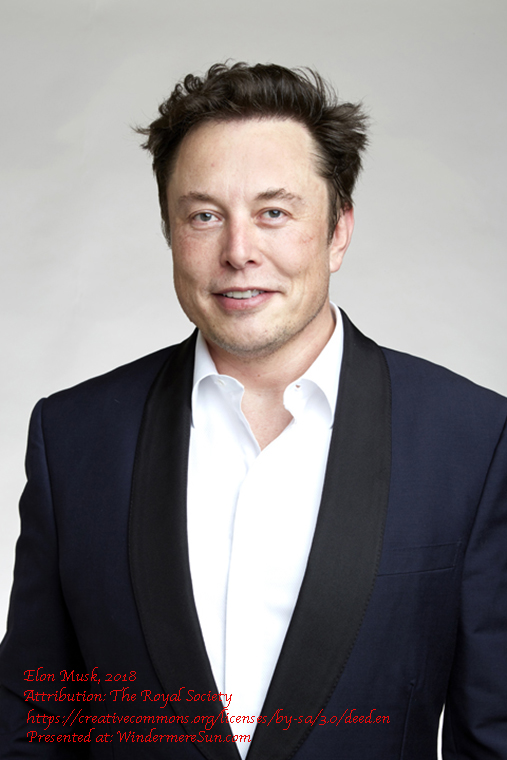 Tesla founder Elon Musk slammed GoFundMe for hypocrisy after the fundraising site cut ties with a convoy of anti-vaxx Canadian truckers. “Double-standard?” quipped Musk on Twitter, while sharing a screenshot of a June 2020 tweet GoFundMe posted in support of Seattle’s lawless CHOP, or the Capitol Hill Occupied Protest, an “autonomous zone” where riots broke out and police were not permitted to enter. He also called GoFundMe “Professional Thieves.” Thousands of truckers in the “Freedom Convoy” rolled into Ottawa on Jan. 29, many of them blocking roads outside of Parliament buildings, honking loudly and brandishing Canadian flags and “F–k [Prime Minister Justin] Trudeau” banners. GoFundMe blocked the release of almost $10 million in donations to the group earlier Friday, in connection with “the promotion of violence and harassment” during the Ottawa protest. “We now have evidence from law enforcement that the previously peaceful demonstration has become an occupation, with police reports of violence and other unlawful activity,” GoFundMe wrote in a statement. Donors have until Feb. 19 to ask for a refund, and the rest of the money the group raised would be allocated to “credible and established charities” chosen by Freedom Convoy organizers, the site said, in the video published on Feb 5, 2022, “Elon Musk: GoFundMe ‘professional thieves’ for withholding $10M from anti-vax rally“, below:

Since the video above was removed, let’s provide you with the information behind this Canadian Freedom Convoy 2022 at Ottawa via the video published on Feb 1, 2022, “Canadian Truckers Roll!” below:

Video description by Peak Prosperity youtube channel regarding the video above, in italics, below:

Thank you people of Canada and the Canadian Truckers! You have given the world hope and ignited the people! You’ve given me hope. For that I thank you. The authoritarian narrative of “you must follow our orders!” is falling apart. Feckless leaders of various countries, none more feckless than Justin Trudeau of Canada, are desperately clinging to their failed approach of trying to bully and shame their people into doing whatever it is they tell them to do, logic and evidence be damned. Omicron has completely shredded what little remained of the tattered vaccine narrative. It’s now obvious that vaccines boost the pace at which omicron spreads. Only a triple boost can temporarily provide some limited benefit. In Israel even that booster narrative has fallen apart completely as Israel now reports both the highest pace of Covid deaths along side the highest rates of triple jabbed population. The people have caught on. In the UK the majority across all ethnicities do not support vaccine mandates. The same is true in Canada. Meanwhile, in the US the press is either 100% ignoring the Canadian Trucker phenomenon or ridiculing it (but that’s entirely within the left-dominated press). And so the battle lines are now drawn. There are those who value freedom and truth, and those who value obedience to central authority and sticking to a failed narrative, no matter how illogical or heartless. In part II, I go into why this is a huge predicament and what it means for our future. I mean, if you can’t even get Covid right, how are you going to get even more complicated things right?

I would like to point out that here, at Windermere Sun, an U.S. online news publication, based in Floria, we did cover the Canadian Freedom Convoy in our previous post, Way To Go, Truckers!

Representatives for “Freedom Convoy 2022” and the ongoing protests in Ottawa, Ontario spoke to the media on Thursday afternoon, in the video published on Feb 3, 2022, “Trucker convoy organizers provide update on when protests will end, status of GoFundMe donations“, below:

In the video published on Feb 3, 2022, “Freedom Convoy GoFundMe Under Review – Makes Unsubstantiated Claim“, below:

GoFundMe will not disperse any more money from a fundraising campaign for the protest convoy, saying the money will be refunded or donated to charity. Meanwhile, Ottawa police are changing tactics ahead of what’s expected to be another weekend of noisy protests, in the video published on Feb 4, 2022, “GoFundMe cut off convoy protest“, below:

You can ask for your money/donation back from GoFundMe if  the money is not going toward your originally intended support for these truckers.

In a statement on Saturday, Feb 4, 2022, GoFundMe said it froze the campaign after Can $10 million (US$7.9 million) was raised, arguing that the organizers broke the term of service that prohibit “the promotion of violence and harassment.”  GoFundMe had already released Can$1 million (US$780,000). GoFundMe stated that the remaining money will not go to the organizers of the Freedom Convoy directly, but to charities of the organizers’ choice. Ottawa Police thanked GoFundMe on Twitter, “The decision to withhold funding for these unlawful demonstrations is an important step and we call on all crowdfunding sites to follow.” Ottawa police chief Peter Sloly described the protests on Friday as “increasingly volatile and increasingly dangerous.”

An update to the trucker convoy to DC 2022 and Freedom Convoy 2022 video we published yesterday. Watch all the way to the end. There’s Information on the GoFundMe fiasco, how to get your money back, an side look at what the truckers are going through and the general costs of running a trucking business, in the video published on Feb 5, 2022, “Trucker Convoy to DC & Canadian Freedom Convoy *Uppate* – WATCH TO THE END“, below:

University of Ottawa criminology professor Michael Kempa says police should use the tools they have to prevent transport trucks and tractors from flowing into the city, occupying space and preventing residents from going about their lives. He likened that type of protest to “extortion” rather than the “expression of ideas.” in the video published on Feb 6, 2022, “Protests in Ottawa crossed line from ‘expression of ideas’ to ‘extortion,’ criminologist say“, below:

Professor Michael Kempa feels that there needs to be a distinction between freedom of expression or assembly vs. occupation with machinery.