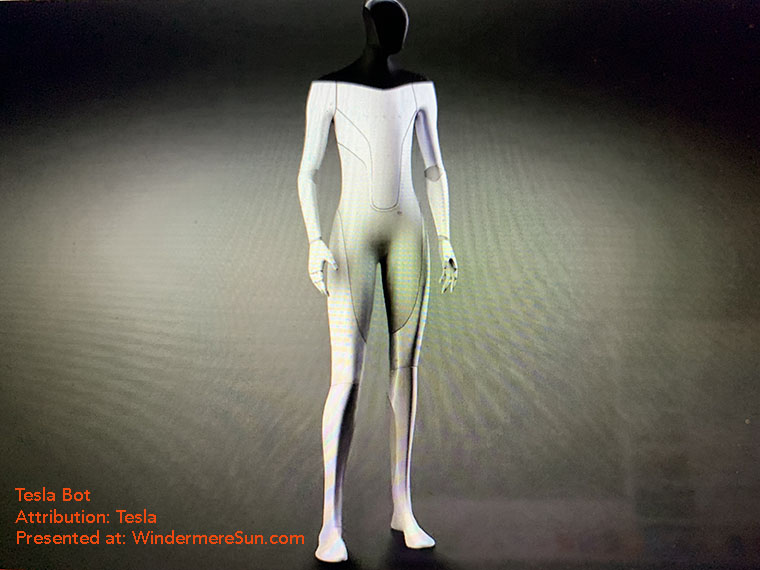 In this video, Elon Musk explains the shocking details behind the upcoming Tesla Bot. According to Elon, Tesla bot will change everything! Check out the video to gain an insight. Enjoy! In the video published on Jan 19, 2022, “Elon Musk Reveals TERRIFYING DETAILS About Tesla Bot“, below:

Tesla is an American electric vehicle and clean energy company based in the United States. Tesla designs and manufactures electric cars, and related products and services. In 2020, Tesla had the most sales of battery electric vehicles and plug-in electric vehicles, capturing 23% of the purely electric market. The ticker symbol for Tesla is TSLA, in the video published on Jan 25, 2022, “This Tesla Bot Specs And Release Date Will Surprise You!“, below:

Over the last few years, there has been a lot of talk about the threat of artificial general intelligence. Elon Musk, the SpaceX and Tesla CEO, has frequently railed against the creation of Artificial General Intelligence and cast such super intelligent systems in apocalyptic terms. However, Elon Musk recently announced that he is thinking about involving Tesla in the creation of Artificial General Intelligence and that he plans on decentralizing the control of Tesla Bot to avoid a Terminator-like scenario. So, despite all the speculations around creating AI, why is Musk building a humanoid robot?  Video below discusses about Tesla’s optimum supreme 2.0., the new robot by Tesla the new Skynet?Over the last few years, Musk has been pushing the idea that Tesla is the world’s leading company in the applications of artificial intelligence. Tesla has also been able to attract world-class AI talent. Musk boasts that Tesla has the best AI team on the planet. At Tesla’s AI day last year, the automaker unveiled its latest supercomputer, Dojo, to train its neural nets. Musk also announced that Tesla plans to build a ‘Tesla Bot,’ a humanoid robot meant to do general tasks and repetitive work. Musk even took this to twitter and stated: “Tesla AI might play a role in AGI, given that it trains against the outside world, especially with the advent of Optimus.” The codename which Musk gave to this robot is Optimus or Optimus subprime and it’s really surprising considering the fact that Musk has issued many warnings about creating AGI and the risks to humanity that come with it. Along with the announcement that Tesla might work on AGI, Musk also added, on Twitter, that Tesla will make sure to “decentralize” control of Tesla Bots: “Will do our best. Decentralized control of the robots will be critical.” After building many exotic car models, Tesla is now bringing more unique products in the market and easing people’s lives. In a busy world of today, Tesla has now come up with an all new Tesla bot which is a concept of a sleek 125 pound human like robot, which will perform tasks like carrying groceries, and do other boring tasks. The bot will also be able to walk eight kilometers per hour. This bot will incorporate Tesla’s automotive artificial intelligence and auto-pilot technologies to plan and follow routes, navigate traffic by avoiding pedestrians and obstacles. Its head will be integrated with cameras and sensors to interpret the surroundings and it will also contain a screen to display information. Musk said that it is important to make the machine inexpensive, as well as slower and weaker than humans in order to put their minds at ease. At the AI day, Musk said: “If you think about what we’re doing right now with cars, Tesla is arguably the world’s biggest robotics company because our cars are like semi-sentient robots on wheels,” He also added that: “With [Tesla’s AI tech] and all the neural nets recognizing the world, understanding how to navigate through the world, it kind of makes sense to put that into a humanoid form.” In the video published on Jan 22, 2022, “Elon Musk Just CONFIRMED FIRST EVER Tesla Optimus Subprime!” below: