Why SpaceX Is Building The Starship 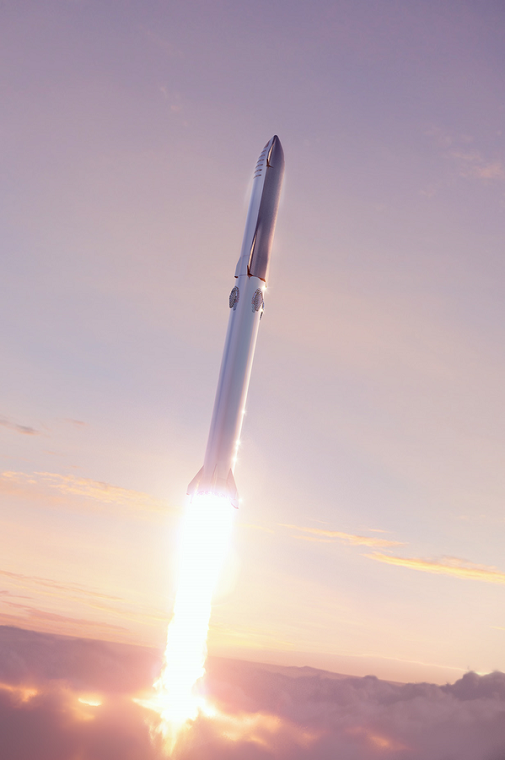 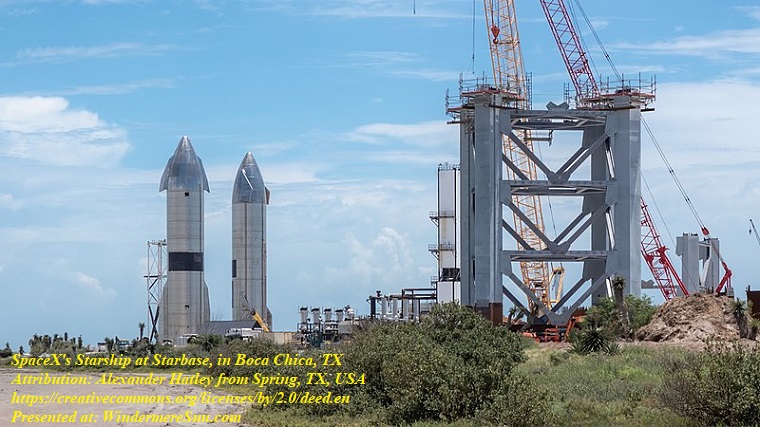 Space transportation technology is set to trigger a revolution in the military’s capabilities to defend the United States and its allies, as well as inflict mayhem and death on any adversary attempting to wage war on the United States. The US military is investing funds to investigate how SpaceX’s Starship rocket could be used to transport 100 tons of freight, personnel, and supplies across the globe in minutes. SpaceX is a corporation that specializes in giving access to space via its series of rocket ships, and it is offering the US Army its Starship rocket as a means of fast-moving soldiers and supplies overseas. The corporation also feels that its Starlink internet service, which is available all around the world, could be useful to the Army. While the prospect of cheap wireless internet for the Army is appealing, its partnership with SpaceX and its starship is the best of deals that we’ve seen in recent years. What does this alliance mean for SpaceX, and what is the US military’s strategy for the starship’s capabilities? Is this a strategy for wreaking havoc on other countries or it’s a way to defend the country from others? This video will answer all of these questions as well as others. You don’t want to miss anything, so make sure you watch until the end. But first, kindly subscribe to this channel and turn on the notification button if you are yet to do so. Let’s go! At its Texas facility, SpaceX has been testing Starship prototypes, most recently landing and recovering prototype SN15 following a high-altitude flight test. While SpaceX is attempting a feat no other rocket has accomplished — quickly reusing rockets to make spaceflight more like air travel rather than the traditional approach of discarding the rocket after launch — the most recent high-altitude flight test was the first to end without the prototype exploding. SpaceX’s Starship is the company’s most ambitious and largest endeavor yet. The Starship spacecraft and the Super Heavy rocket are combined to become Starship. The spacecraft/rocket combination has the capability of lifting 110 tons of payload into low-Earth orbit. The C-17 Globemaster III transport plane of the United States Air Force has a higher tonnage. SpaceX believes the rocket could be used for “point-to-point” space transportation, delivering people and freight between any two sites on Earth, in addition to launching cargo into space. Point-to-point space travel is a mode of transportation in which a rocket is launched into space and then returns to a different site, theoretically allowing goods or people to be transported from one side of the Earth to the other in less than an hour. A point-to-point starship would function similarly to a ballistic missile: once launched, it would accelerate into low-earth orbit before rocketing to a distant landing site. At around 18,000 miles per hour, a starship would be significantly faster than any existing transportation system. Like a nuclear bomb, the Starship spaceship would de-orbit over its target but land safely thanks to its rocket engines. With acceleration and deceleration on both ends, a trip from Nebraska to the United Arab Emirates would take around half an hour. The Starship’s role as a point-to-point cargo mover could be only the beginning of the SpaceX rocket ship’s missions. Having the ability to supply supplies to any location in the world in less than an hour would undoubtedly benefit the military. Making the Starship work as a cargo ship would present significant challenges. A single insurgent with a ground-to-air missile could make a landing a conflagration. The Motley Fool, a private investment advisory firm, is extremely optimistic about the Starship’s military capabilities. The SpaceX rocket ship might be used for a range of military missions, ranging from low Earth orbit to near the moon, according to the corporation. Starship might be employed as a transportable, adaptable reconnaissance platform, with six vacuum- optimized Raptor engines to get it where it needs to go. In times of war, the SpaceX Starship might be used to strike enemy space assets and defend American satellites and other space-based installations, among other military objectives. The rocket ship may refuel American satellites, allowing them to continue to operate for longer periods. It could even be used to assist in the removal of debris from space. As a result, the Space Force would evolve from a small group of people manning consoles and holding planning meetings to a full-fledged military fighting force. The Starship is the vehicle for SpaceX CEO Elon Musk’s dream of establishing (Description of the video by Future Unity), in the video published on Jan 5, 2022, “IT HAPPENED! Elon Musk FINALLY Reveals New Military Starship Missile!” below:

SpaceX began a much more ambitious series of tests with the Starship launch tower’s two main arms, which are designed to lift and (one day) catch Starships and Super Heavy boosters. After lifting the arm carriage about ~50 ft, several times higher than January 3rd’s far more conservative kick-off, SpaceX fired up each arm’s main hydraulic actuator and opened them about as wide as they’re able to move. Unsurprisingly, the arms’ first powered lateral movement happened very slowly, obviously telegraphing caution but probably also hinting at the start of a calibration process needed to determine their full range of motion and associate those positions with certain sensor readings or telemetry to ensure they can be safely controlled. As of midnight CST, that testing has continued well into the night. Regardless of the purpose, substantial powered movement is a major milestone for the tower’s main arms and all but guarantees that more extensive tests and simulations are soon to come. SpaceX drone ship – Of Course I Still Love You, departed Port Canaveral on January 1st, heading to sea on the first day of the year for SpaceX’s first launch of 2022, in the video published on Jan 5, 2022, “Catch! Elon’s Big Update on SpaceX’s High Speed Catch Arm Test on Launch Tower, Next Test Booster 4“, below:

Providing a quick recap on Starship’s recent activities and SpaceX missions. Finishing with today’s Honorable Mention. Ep 288, in the video published on Jan 4, 2022, “SpaceX News and Starship Updates | Orbital Launch in March?” below:

In the video published on Jan 3, 2022, “NASA Artemis teams shocking discovery at SpaceX’s Starship factory and launchpad!” below:

Elon Musk unveiled Starship back in 2016, and ever since, the world has been obsessed. Stay tuned to find out what scientists think about Musk’s biggest gift to humanity! In the video published on Dec 10, 2021, “What Scientists Really Think Of SpaceX Starship“, below:

Today we’ll talk Starship 2.0. SpaceX’s latest design changes that will be present on the orbital flight. We’ll also talk about the lead theory for the mystery structure, and we’ll talk about the Super High Bay. SpaceX’s even larger Starship high bay to begin construction soon! In the video published on Jul 27, 2021, “SpaceX working on design for Starship 2.0!” below:

Tesla changed the way the public views electric cars. CEO Elon Musk’s other company, SpaceX, is disrupting the aerospace industry in the same way. But their newest creation is by far the wildest yet. Today we’re looking at why SpaceX built a stainless steel starship. The new Starship is novel for a number of reasons but the most remarkable feature is its steel frame. For those who don’t know, steel is many times heavier than aluminum, carbon fiber and other materials usually used in rockets. This makes a huge difference when a rocket is trying to break through the Earth’s atmosphere. Even an extra ounce of weight can adversely affect the success of a mission. In fact, WD-40 was initially invented to spray over an Atlas missile to prevent water from forming on the outside—simply because this would reduce the weight added by painting the missile. So why exactly is SpaceX using stainless steel when lighter materials are available? In the video published on Oct 24, 2020, “Why SpaceX Is Building The Starship“, below: