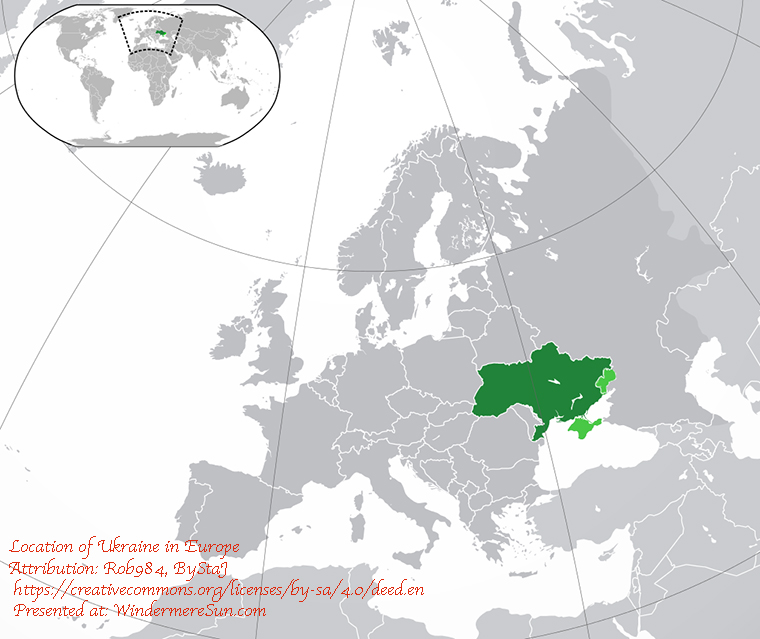 The G7 foreign ministers promised Russia ‘massive consequences’ if it invades Ukraine. They met in Liverpool over the weekend and also called on Iran to make concessions in negotiations over its nuclear program, in the video published on Dec 13, 2021, “What could G7 countries do if Russia invades Ukraine? | DW News“, below:

The leaders of France and Germany sought on Wednesday to revive talks with Russia while keeping up pressure on Moscow to deter what the West says may be preparations for a new attack on Ukrainian territory, in the video published on Dec 16, 2021, “EU Summit: France and Germany seek fresh peace talks with Russia FRANCE 24 English“, below:
The Group of Seven (G7) economic powers told Russia on Sunday to “de-escalate” its military buildup near the Ukrainian border, warning that an invasion would have “massive consequences” and inflict severe economic pain on Moscow, in the video published on Dec 12, 2021, “G7 warns Russia of “massive consequences” over tensions with Ukraine“, below:

The G7 wrapped up a meeting of foreign ministers by warning Russia of “massive consequences” if it invades Ukraine. Experts say the warning is necessary to avoid a return to Cold War-like political divisions, in the video published on Dec 12, 2021, “G7 warns of ‘massive consequences’ if Ukraine invaded“, below:

Representatives from the G7 group of countries is wrapping up the second and final day of their summit in Liverpool, England. So far talks have been dominated by concerns Russia could be preparing to invade Ukraine. The G7 group, made up of Britain, Germany, France, the United States, Italy, Canada and Japan, has also been discussing greater independence from China and concerns over Iran’s nuclear program. The ministers have been trying to reach a consensus on a number of geopolitical rivalries, in the video published on Dec 12, 2021, “G7 summit: World’s richest nations try to pressure Russia, Iran || DW News“, below:

Diplomats from the world’s wealthiest democracies have warned Russia of massive consequences amid international concern it will invade Ukraine. Caryn Ceolin with what they say is at stake, in the video published on Dec 12, 2021, “G7 ministers warn of ‘massive consequences’ if Russia invades Ukraine“, below:

Top diplomats from Group of Seven countries have been urged to show “unity against global aggressors” as they meet in the British city of Liverpool. Russia, in particular, has been singled out by the United States and Britain, for massing troops on Ukraine’s border. But finding consensus among allies may be difficult. Al Jazeera’s Rory Challands reports from Liverpool, UK., in the video published on Dec 12, 2021, “G7 ministers seek to present a ‘show of unity’ against Russia“, below:

The British Foreign Secretary has warned Russia of “severe consequences” if it attacks Ukraine. Liz Truss made the remarks before welcoming G7 counterparts to a weekend-long meeting in the English port city of Liverpool. Truss hopes the group of the world’s richest democracies can show a united front against Russia, as the country appears to be massing troops along Ukraine’s border. Russia denies it plans to attack. Truss also warned against relying on Russian gas supplies – a shot at Germany, which may soon approve the Nord Stream 2 gas pipeline, despite widespread opposition. It’s the first major meeting for Germany’s new foreign minister, Annalena Baerbock, whose own Green party opposes the pipeline. The government she’s part of is more ambivalent. In a statement ahead of the summit, Baerbock spoke of the need to defend common democratic values and work together with likeminded countries. Germany takes over the G7 chair next year. Meanwhile, Germany’s new Chancellor Olaf Scholz has had his first call with US President Joe Biden since taking office. They discussed those tensions on the Russia Ukraine border. Earlier, Scholz was in Brussels for talks with European Union and NATO leaders, where again Russia’s troop buildup was high on the agenda. Scholz said he wants to revive negotiations with Russia to deescalate tensions and avoid a military conflict, in the video published on Dec 11, 2021, “What can the West do if Russia attacks Ukrain? | DW News“, below: