Rittenhouse Case Of Kenosha Unrest Shooting: It’s A Tragedy No Matter Which Way You Look At It 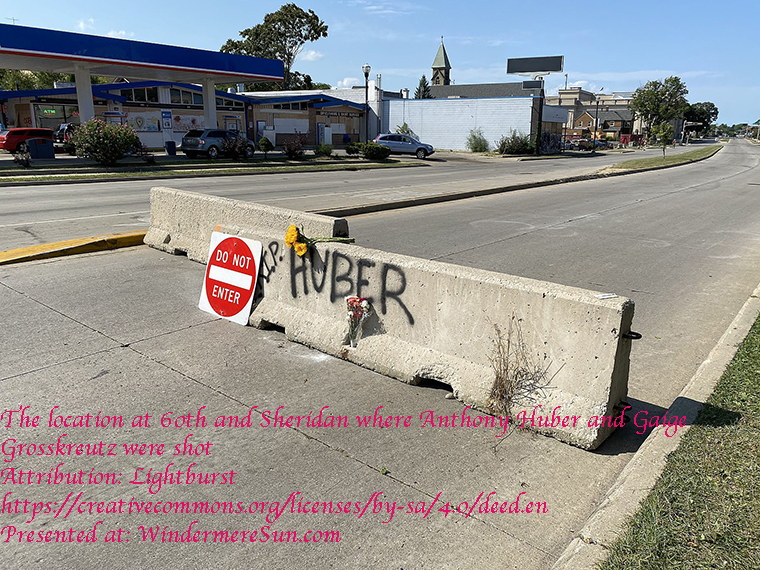 In a case that has sparked an intense national debate over self-defense and the second amendment, Kyle Rittenhouse was found not guilty in the  Kenosha unrest shooting, in deaths of two men (Anthony Huber and Gaige Grosskreutz) he shot and killed during protests in Kenosha, Wisconsin last year, in the video published on Nov 19, 2021, “Kyle Rittenhouse Acquitted On All Charges in Homicide Trial”, below:

WATCH: Kyle Rittenhouse was acquitted of all charges Friday after pleading self-defense in the deadly Kenosha shootings that became flashpoint in the nation’s debate over guns, vigilantism and racial injustice, in the video published on Nov 19, 2021, “Kyle Rittenhouse verdict: Not guilty on all counts, continuing coverage | FOX6 News Milwaukee“, below:

Mark Richards, Kyle Rittenhouse’s lead defense attorney, offered his reaction after a jury found his client not guilty on all counts Friday, Nov. 19, in the video published on Nov. 19, 2021, “Kyle Rittenhouse verdict: Attorney comments on trial, verdict|FOX6 New Milwaukee“, below:

Washington Post columnists Jonathan Capehart and Gary Abernathy join Judy Woodruff to discuss the week in politics, including the verdict in the murder trial of Kyle Rittenhouse, and the passage of the Build Back Better Act in the U.S. House of Representatives, in the video published on Nov 19, 2021, “Capehart and Abernathy on Rittenhouse acquittal, Build Back Better bill“, below:

Kyle Rittenhouse, the teenager on trial for killing two people and shooting and wounding a third in Kenosha, Wisconsin, was acquitted by a jury Friday on all counts. The now 18-year-old faced five charges, including intentional homicide, reckless endangerment and use of a weapon. NPR correspondent David Schafer and attorney Julius Kim join Judy Woodruff to discuss the case, in the video published on Nov 19, 2021, “Does the Rittenhouse acquittal set a precedent? Two experts weight in“, below:

Let’s hope that Kyle Rittenhouse will transform his own behavior and life, and that this verdict will not translate into acceptability of carrying weapons to protests in the future. As Eric Adams said, “This young man, 17 year old, it was illegal for him to purchase the rifle but it was legal for him to carry it across state line, going to community, looking for people that he wanted to shoot or in some way to disrupt. That is the real crisis. What are we doing to our children…” and Chris Christie said “If you have objection to the law, then change the law…” on Real Time with Bill Maher on Friday night, Nov. 19, 2021,  in the video published on Nov 19, 2021, “Vigilante Injustice | Real Time with Bill Maher (HBO)“, below:

Once again, those who are not pleased with the outcome should consider trying to change the law in state of Wisconsin. Any state without law to prevent vigilante activities would potentially be facing future chaos in their respective states. Ultimately, as Eric Adams stated, “We must take our country back. We are allowing the fringe elements, in both of these conversations, to really hijack what every day Americans want. We want safe cities, educate our children, and to be gainfully employed. When you have vigilantes ripping us apart, I am really concerned. I believe there is an anarchist group in this country. Their only desire is to pull our cities apart…”

To better understand the event of Kenosha unrest shooting, please refer to the excerpt from wikipedia, in italics, below:

On August 25, 2020, during the unrest in Kenosha, Wisconsin, after the police shooting of Jacob Blake, Kyle Rittenhouse, a 17-year-old from Antioch, Illinois, fatally shot two men and wounded another during three confrontations.[3][4] Rittenhouse had armed himself with an AR-15 style rifle[5][6] and said he was in Kenosha to protect a car dealership from being vandalized and to provide medical aid.[7][8]

Rittenhouse had been pursued by a group that included Kenosha resident Joseph Rosenbaum, who was unarmed.[9] After armed Racine resident Joshua Ziminski[10] fired a shot into the air,[11] Rittenhouse turned towards Rosenbaum,[12] who lunged at him and tried to take his rifle.[13] Rittenhouse fired four times at Rosenbaum, killing him.[14][15] Rittenhouse then ran down the street while being followed by a crowd of around a dozen people.[16] He tripped and fell to the ground after being hit in the head, then fired twice at a 39-year-old man who jump kicked him, his shots missing both times.[17][18] While Rittenhouse was still on the ground, Silver Lake resident Anthony M. Huber struck him in the shoulder with a skateboard and attempted to take his rifle. Rittenhouse fired at Huber once, fatally striking him in the chest.[19][9] When West Allis resident Gaige Grosskreutz approached Rittenhouse while pointing a Glock pistol at him, Rittenhouse shot him once in the right arm.[19][20]

Judge Bruce Schroeder dismissed the unlawful possession charge[22][23] and the curfew violation during the trial, which began in Kenosha on November 1, 2021. It ended on November 19 when the jury found him, by unanimous agreement, not guilty of all the remaining charges.[24]

In the months leading up to Kyle Rittenhouse’s trial for killing two people, we analyzed hours of footage and interviewed key witnesses from that fatal night in Kenosha, Wis., to understand how the country’s polarization set the scene for violence, in the video published on Oct 28, 2021, “A Fatal Night in Kenosha: How the Rittenhouse Shootings Unfolded | Visual Investigations“, below: