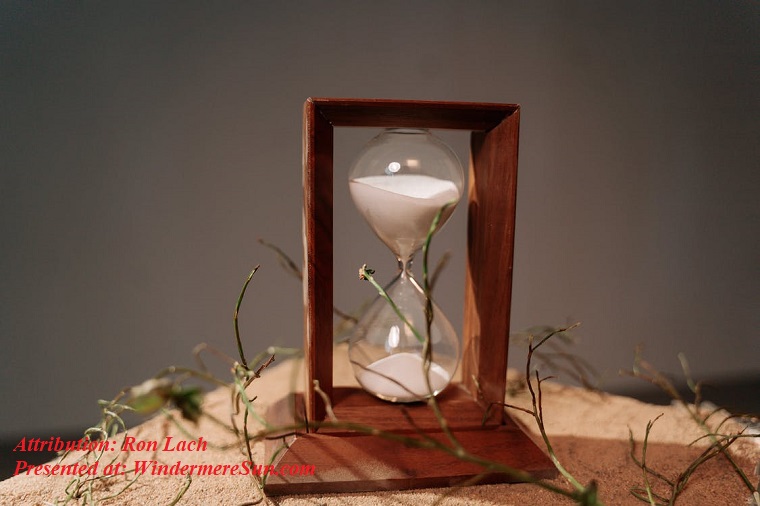 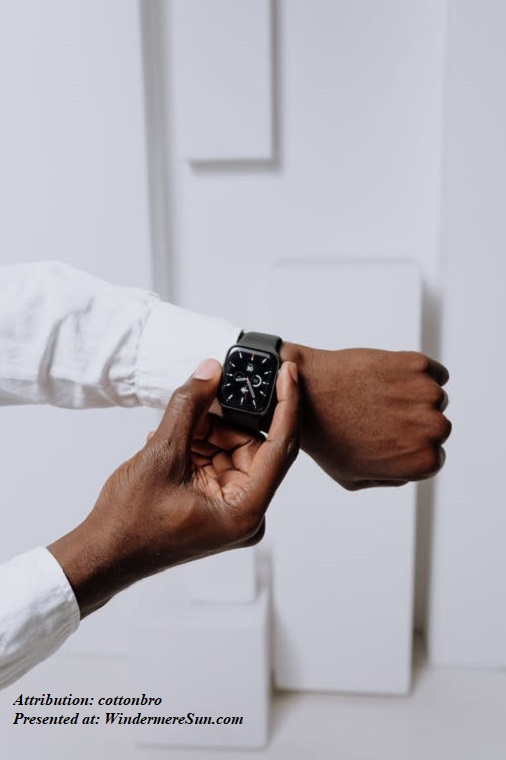 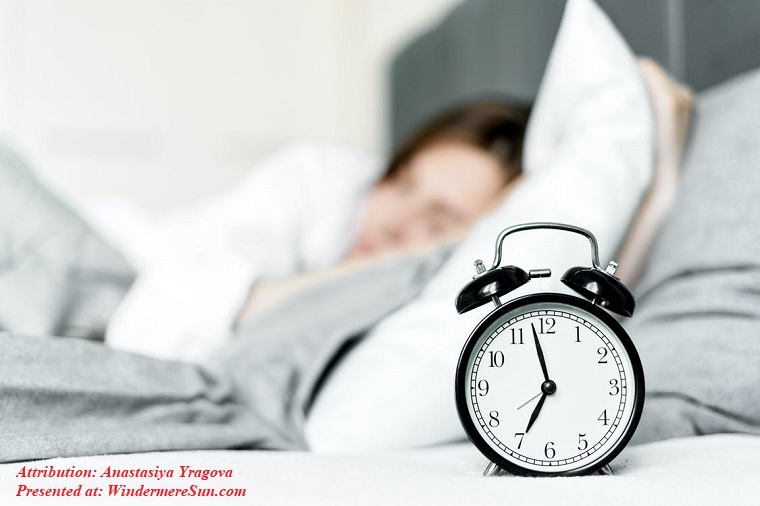 Woman in bed with clock next to her pillow (Attribution: Anastasiya Vragova, Presented at: WindermereSun.com) 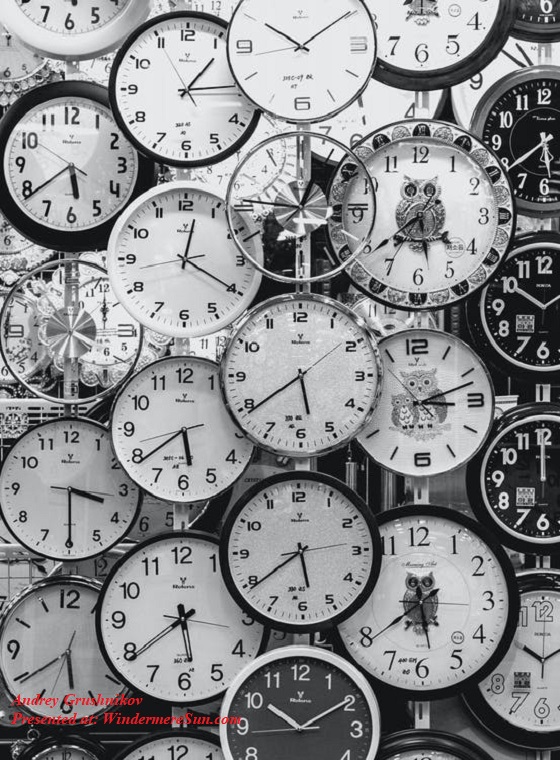 Are you tired of changing your clocks twice a year? If so, there may be some hope on the horizon to keep it brighter later throughout the year. In the past four year, nineteen states have enacted legislation or passed resolutions to provide for year-round daylight saving time (DST), if Congress would allow such a change, and in some cases, if surrounding states would enact the same legislation: CA, OR, WA, ID, MT, SY, UT, MN, AR, LA, MS, TN, AL, GA, SC, FL, OH, DE, ME.

Please refer to the excerpt from wikipedia, on the Sunshine Protection Act, a proposed United States federal law that would make U.S. daylight saving time permanent.[1][2][3] in italics, below:

The Sunshine Protection Act would establish a permanent daylight saving time in the U.S., leading to later sunrises and sunsets during the four months in which most of the U.S. currently observes standard time, resulting in less sunlight in the morning hours and more sunlight in the evening ones. It would not mandate that the states and territories that observe permanent standard time switch to permanent daylight saving time.[3]

Daylight saving time can wreak havoc on sleep schedules – but now, there’s a push in many places to end this clock chaos once and for all. NBC’s Joe Fryer reports in this week’s Sunday Focus, in the video published on Nov 7, 2021, “Daylight Saving Time May Fall Hard And Spring To An End“, below:

For better understanding of Daylight saving time, please refer to the excerpt from wikipedia, in italics, below:

Daylight saving time (DST), also known as daylight savings time or daylight time (United States, Canada, and Australia), and summer time (United Kingdom, European Union, and some other countries), is the practice of advancing clocks (typically by one hour) during warmer months so that darkness falls at a later clock time. The typical implementation of DST is to set clocks forward by one hour in the spring (“spring forward”) and set clocks back by one hour in autumn (“fall back”) to return to standard time. As a result, there is one 23-hour day in late winter or early spring and one 25-hour day in the autumn.

The idea of aligning waking hours to daylight hours to conserve candles was first proposed in 1784 by American inventor Benjamin Franklin. In a satirical letter to the editor of The Journal of Paris, the American inventor suggested that waking up earlier in the summer would economize candle usage and calculated considerable savings.[1][2] In 1895, New Zealand entomologist and astronomer George Hudson seriously proposed the idea of changing clocks by two hours every spring to the Wellington Philosophical Society. He wanted to have more daylight hours to devote to collecting and examining insects. Though the idea received some serious consideration in 1907 in the United Kingdom when British resident William Willett presented it as a way to save energy, it was never implemented.

Starting on April 30, 1916, the German Empire and Austria-Hungary each organized the first nationwide implementation in their jurisdictions. Many countries have used DST at various times since then, particularly since the 1970s energy crisis. DST is generally not observed near the equator, where sunrise and sunset times do not vary enough to justify it. Some countries observe it only in some regions: for example, parts of Australia observe it, while other parts do not. The United States observes it, except for the states of Hawaii and Arizona. (Within the latter, however, the Navajo Nation does observe it, conforming to national practice). A minority of the world’s population uses DST; Asia and Africa generally do not observe it.

Proponents of DST generally argue that it saves energy, promotes outdoor leisure activity in the evening (in summer), and is therefore good for physical and psychological health, reduces traffic accidents, reduces crime[citation needed] or is good for business.[88]

A 2017 meta-analysis of 44 studies found that DST leads to electricity savings of 0.3% during the days when DST applies.[89][90] Several studies have suggested that DST increases motor fuel consumption,[91] but a 2008 United States Department of Energy report found no significant increase in motor gasoline consumption due to the 2007 United States extension of DST.[92] An early goal of DST was to reduce evening usage of incandescent lighting, once a primary use of electricity.[93] Although energy conservation remains an important goal,[94] energy usage patterns have greatly changed since then. Electricity use is greatly affected by geography, climate, and economics, so the results of a study conducted in one place may not be relevant to another country or climate.[91]

Later sunset times from DST are thought to affect behavior; for example, increasing participation in after-school sports programs or outdoor afternoon sports such as golf, and attendance at professional sporting events.[95] Advocates of daylight saving time argue that having more hours of daylight between the end of a typical workday and evening induces people to consume other goods and services.[96][88][97]

Many farmers oppose DST, particularly dairy farmers as the milking patterns of their cows do not change with the time.[98][99][100] and others whose hours are set by the sun.[101] Young children often have difficulty getting enough sleep at night when the evenings are bright and are most likely to oversleep the next morning due to darkness in the morning.[98] DST also hurts prime-time television broadcast ratings,[102][98] drive-ins and other theaters.[103]

It has been argued that clock shifts correlate with decreased economic efficiency, and that in 2000 the daylight-saving effect implied an estimated one-day loss of $31 billion on U.S. stock exchanges,[104] Others have asserted that the observed results depend on methodology[105] and disputed the findings,[106] though the original authors have refuted points raised by disputers.[107]

A correlation between clock shifts and traffic accidents has been observed in North America and the UK but not in Finland or Sweden. Four reports have found that this effect is smaller than the overall reduction in traffic fatalities.[108][109][110][111] DST likely reduces some kinds of crime, such as robbery and sexual assault, as fewer potential victims are outdoors after dusk.[112][113] Artificial outdoor lighting has a marginal and sometimes even contradictory influence on crime and fear of crime.[114] A 2017 study in the American Economic Journal: Applied Economics estimated that “the transition into DST caused over 30 deaths at a social cost of $275 million annually”, primarily by increasing sleep deprivation.[115]

Opponents argue that DST disrupts human circadian rhythms (negatively impacting human health in the process),[116][117] that it increases fatal traffic collisions,[118] that the actual energy savings are inconclusive,[98] and that DST increases health risks such as heart attack.[98] Year-round standard time (not year-round DST) is proposed to be the preferred option for public health and safety.[119][120][121][122][123] Clock shifts were found to increase the risk of heart attack by 10 percent,[98] and to disrupt sleep and reduce its efficiency.[124] Effects on seasonal adaptation of the circadian rhythm can be severe and last for weeks.[125]

DST’s clock shifts have the obvious disadvantage of complexity. People must remember to change their clocks; this can be time-consuming, particularly for mechanical clocks that cannot be moved backward safely.[126] People who work across time zone boundaries need to keep track of multiple DST rules, as not all locations observe DST or observe it the same way. The length of the calendar day becomes variable; it is no longer always 24 hours. Disruption to meetings, travel, broadcasts, billing systems, and records management is common, and can be expensive.[127] During an autumn transition from 02:00 to 01:00, a clock reads times from 01:00:00 through 01:59:59 twice, possibly leading to confusion.[128]

Some clock-shift problems could be avoided by adjusting clocks continuously[129] or at least more gradually[130]—for example, Willett at first suggested weekly 20-minute transitions—but this would add complexity and has never been implemented. DST inherits and can magnify the disadvantages of standard time. For example, when reading a sundial, one must compensate for it along with time zone and natural discrepancies.[131] Also, sun-exposure guidelines such as avoiding the sun within two hours of noon become less accurate when DST is in effect.[132]