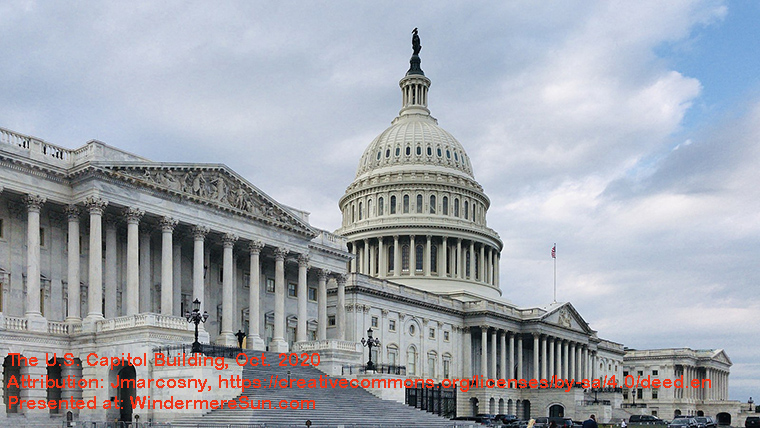 Rachel Maddow reports on the voting rights bill that Senate Republicans filibustered to failure, and points out that this was the bill that Joe Manchin wrote himself in place of the Democratic bill because he said Republicans would vote for it and not use the filibuster. No Republicans voted for it, in the video published on Oct. 21, 2021, “Manchin Probably Shocked, Maybe Embarrassed, That His Voting Rights Bill Got No GOP Votes“, below:

Sen. Jeff Merkley, who helped negotiate the Freedom to Vote Act, joins Lawrence O’Donnell to discuss the “troubling” obstruction when Senate Republicans blocked the voting rights bill from even being debated. Merkley also discusses the next steps Democrats can take, including reforming the filibuster rule, to bypass Republicans and pass voting rights legislation, in the video published on Oct. 21, 2021, “Senate GOP Blocks Debate On Voting Rights Bill Again“, below:

The partisan divide in Washington was on full display Wednesday as a Democrat-backed voting bill failed to move forward in the U.S. Senate. Every Republican lined up in opposition to the Freedom to Vote Act, which Democrats say would have improved voting access and election integrity. Virginia Sen. Tim Kaine co-sponsored the legislation and joins Judy Woodruff to discuss, in the video published on Oct. 20, 2021, “Sen. Kaine on next moves for voting reform after GOP blocked Dem measure“, below:

In the video published on Oct. 20, 2021, “‘Election Takeover Scheme’: McConnell Pushes Back Against Dems Latest Election Bill”, below:

Senator Angus King (I-ME) speaks with Nicolle about how the GOP is using the filibuster to “stifle debate” and how the filibuster needs to be adjusted in order to protect federal voting rights, in the video published on Oct. 19, 2021, “Sen. Augus King on Adjusting The Filibuster To Protect Voting Rights“, below:

This bill addresses voter access, election integrity and security, campaign finance, and ethics for the three branches of government.

Additionally, the bill sets forth provisions related to election security, including sharing intelligence information with state election officials, supporting states in securing their election systems, developing a national strategy to protect U.S. democratic institutions, establishing in the legislative branch the National Commission to Protect United States Democratic Institutions, and other provisions to improve the cybersecurity of election systems.

The bill addresses ethics in all three branches of government, including by requiring a code of conduct for Supreme Court Justices, prohibiting Members of the House from serving on the board of a for-profit entity, and establishing additional conflict-of-interest and ethics provisions for federal employees and the White House.

The bill requires the President, the Vice President, and certain candidates for those offices to disclose 10 years of tax returns.

For the People Act, excerpt from wikipedia, in italics, below:

The For the People Act,[1] introduced as H.R. 1,[2] is a bill in the United States Congress[3] to expand voting rights, change campaign finance laws to reduce the influence of money in politics, ban partisan gerrymandering, and create new ethics rules for federal officeholders.[4][5][6][7]

The act was originally introduced by John Sarbanes in 2019, on behalf of the newly elected Democratic majority in the United States House of Representatives as the first official legislation of the 116th United States Congress.[6][8] The House passed the bill on March 8, by a party-line vote of 234–193.[9][10] The bill was viewed as a “signature piece of legislation” from the Democratic House majority.[11] After the House passed the bill, it was blocked from receiving a vote by the then Republican-controlled Senate, under Senate Majority Leader Mitch McConnell.[12][13]

In 2021, in the 117th Congress, congressional Democrats reintroduced the act as H.R. 1 and S. 1.[14] On March 3, 2021, the bill passed the House of Representatives on a near party-line vote of 220–210, advancing to the Senate, which is split 50–50 between Democrats and Republicans (Democratic Vice President Kamala Harris has the tie-breaking vote[15]), and Senate Majority Leader Chuck Schumer vowed to bring it to the floor for a vote. On June 22, 2021, a vote on the bill was held in the Senate. It received unified support from the Democratic caucus, but Senate Republicans blocked the bill with a filibuster, as it lacked the 60 votes needed to invoke cloture after a party-line vote. Some Senate Democrats expressed support for abolishing the filibuster for the bill, but others in their caucus remained opposed or expressed reservations about doing so, including President Biden.[15][16][17][18]

For those of you who would like more explanation on  H.R.4 – John R. Lewis Voting Rights Advancement Act of 2021, please refer to the excerpt from wikipedia, in italics, below:

The John Lewis Voting Rights Advancement Act of 2021 (H.R. 4) is proposed legislation that would restore and strengthen parts of the Voting Rights Act of 1965, certain portions of which were struck down by two United States Supreme Court decisions of Shelby County v. Holder and Brnovich v. Democratic National Committee.[1][2] Particularly, it would restore the Voting Rights Act’s requirement that certain states pre-clear certain changes to their voting laws with the federal government.[3] It was re-introduced in the 117th Congress, and is named after late Georgia Representative and voting rights activist John Lewis.

On August 24, 2021, the U.S. House of Representatives passed the bill by a margin of 219–212, though it still needs approval by the U.S. Senate before it can be sent to President Joe Biden to be signed into law.[4]

This bill establishes new criteria for determining which states and political subdivisions must obtain preclearance before changes to voting practices may take effect. Preclearance is the process of receiving preapproval from the Department of Justice (DOJ) or the U.S. District Court for the District of Columbia before making legal changes that would affect voting rights.

A political subdivision as a separate unit shall also be subject to preclearance for a 10-year period if three or more voting rights violations occurred there during the previous 25 years.

States and political subdivisions that meet certain thresholds regarding minority groups must preclear covered practices before implementation, such as changes to methods of election and redistricting.

Further, states and political subdivisions must notify the public of changes to voting practices.

Next, the bill authorizes DOJ to require states or political subdivisions to provide certain documents or answers to questions for enforcing voting rights.

The bill also outlines factors courts must consider when hearing challenges to voting practices, such as the extent of any history of official voting discrimination in the state or political subdivision.

For more about filibuster in the U.S. Senate, please refer to wikipedia, in italics, below:

A filibuster is a political procedure where one or more members of parliament or congress debate over a proposed piece of legislation so as to delay or entirely prevent a decision being made on the proposal. It is sometimes referred to as “talking a bill to death” or “talking out a bill”[1] and is characterized as a form of obstruction in a legislature or other decision-making body. This form of political obstruction reaches as far back as Ancient Roman times and is synonymous with political stonewalling.

The filibuster is a powerful legislative device in the United States Senate. Senate rules permit a senator or senators to speak for as long as they wish and on any topic they choose, unless “three-fifths of the Senators duly chosen and sworn”[51] (usually 60 out of 100 senators) bring debate to a close by invoking cloture under Senate Rule XXII. Even if a filibuster attempt is unsuccessful, the process takes floor time.[52] Defenders call the filibuster “The Soul of the Senate.”[53]

It is not part of the US Constitution, becoming theoretically possible with a change of Senate rules only in 1806 and not used until 1837.[54] Rarely used for much of the Senate’s first two centuries, it was strengthened in the 1970s[55] and in recent years, the majority has preferred to avoid filibusters by moving to other business when a filibuster is threatened and attempts to achieve cloture have failed.[56] As a result, in recent decades this has come to mean that all major legislation (apart from budgets) now requires a 60% majority to pass.

Under current Senate rules, any modification or limitation of the filibuster would be a rule change that itself could be filibustered, with two-thirds of those senators present and voting (as opposed to the normal three-fifths of those sworn) needing to vote to break the filibuster.[51] However, under Senate precedents, a simple majority can (and has) acted to limit the practice by overruling decisions of the chair. The removal or substantial limitation of the filibuster by a simple majority, rather than a rule change, is called the constitutional option by proponents, and the nuclear option by opponents.

Common Cause has a page for this bill, please click HERE. But I cannot find any specifics or details pertaining to this potential bill.

Any comments, suggestions, concerns regarding this post will be welcomed at [email protected]m