What Happened To Meritocracy & Free Speech? 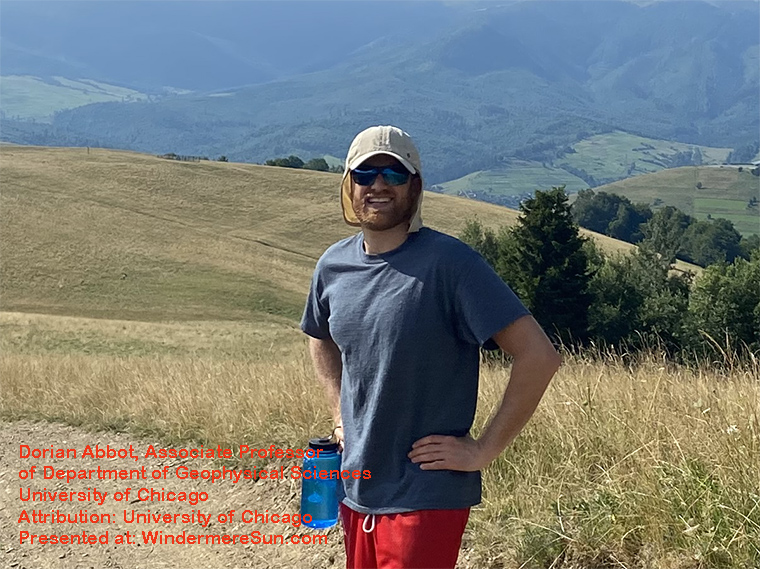 Throughout history, there have been countless evidence of society, government, or business that does not observe meritocracy resulting in suboptimal outcome. For example, as a result of Joseph Stalin‘s politically  motivated Great Purge or Soviet Purge between 1936-1938, the great big nation of Soviet Union almost lost the Winter War to  her tiny neighboring country of Finland between 1939-1940, a war that many thought should had been won by the Soviet in a matter of few days, if the Great Purge never took place.

It is both very disheartening and uplifting to find out about what happened to Dorian Abbot, an associate professor of geophysical sciences at the University of Chicago, who recorded a series of videos explaining his concerns about how his department was implementing diversity, equity, and inclusion initiatives (DEI). In essence, Professor Abbot’s position, in italics, below:

“Let’s support women in science by treating women and their scientific ideas with respect,” he said. “Let’s fight bias in science by working hard to reduce bias, not by introducing it. Let’s treat each applicant for conferences, fellowships, and faculty positions as an individual worthy of dignity and respect. Let’s treat all applicants fairly by judging them only on the basis of their ability and promise as scientist.”

This seemingly very reasonable and rational request resulted in more than 100 students and postdoctoral fellows submitting a letter asking for Abbot to be sanctioned, and (among other things), to “protect” students and postdoctoral fellows currently working with him by allowing them to “opt out” of being his Teaching Assistants (while still being paid for the job that they’d opt out).

Furthermore, Professor Abbot was originally slated to give the prestigious Carlson Lecture for 2021 at MIT in October, 2021, but his lecture was canceled as a result of  Twitter mob of those who do not like his political views. This is a dangerous trend when a small group of people being able to cancel a legitimate, renowned scientist’s presentation or lecture. MIT placed feeling of its students above pursuit of truth and knowledge. By caving in to mob’s demand, MIT had jeopardized academic freedom and enabled political bias.

In the wake of the fallout, Princeton University decided to host Abbot’s lecture (lecture on Climate and the Potential for Life on Other Planets) via Zoom on Oct. 21, 2021, the same day it was originally scheduled to take place at MIT. Princeton professor Robert P. George, who publicly backed Abbot last week, tweeted Sunday that the school had already had to increase the quota for attendees because of demand. “I’m delighted to report that we’ve expanded the Zoom quota for Dr. Dorian Abbot’s Princeton lecture — the one shockingly and shamefully canceled by MIT — and literally thousands of people have registered,” George said. The saga involving Abbot erupted when he revealed in an op-ed on Bari Weiss’ Substack last week that MIT had canceled his Carlson Lecture, an annual public event hosted by the Department of Earth, Atmospheric and Planetary Sciences, in the video published on Oct. 12, 2021, “Thousands register for geophysicist’s lecture after MIT caved to ‘Twitter mob‘”, below:

Steve Forbes praises Princeton for hosting the lecture of geophysics professor Dorian Abbot after MIT canceled it following controversy over an op-ed he’d written about Diversity, Equity, and Inclusion, in the video published on Oct. 12, 2021, “‘Kudos To Free Speech’: Steve Forbes Praises Princeton For Hosting Professor Canceled By ‘Woke” MIT“, below:

University of Chicago Professor Dorian Abbot speaks with ‘America’s Newsroom’ after his guest lecture at MIT was canceled, in the video published on Oct. 5, 2021, “Canceled MIT guest lecturer speaks out after activist outrage“, below:

When did universities transform from places for free thought into safe zones where only certain viewpoints were allowed? In the video published on Oct. 6, 2021, “Cancel This! MIT Twitter mobs canceled Dorian Abbott’s lecture. Stop this damaging trend now.”

Description for this webinar, Topic: Climate and the Potential for Life on Other Planets, in italics, below:

Understanding planetary habitability is key to understanding how and why life developed on Earth as well as whether life is present on planets that orbit different stars (exoplanets). Whether a planet could be habitable is determined primarily by the planet’s climate. This lecture will address insights we’ve gained from studying Earth’s climate and how those have been used to make predictions about which exoplanets might be habitable, and how astronomical observations indicate the possibility of new climatic regimes not found on modern Earth. Finally, the lecture will cover some questions about the future of humanity and the Fermi paradox.

To register for this free event (Professor Dorian Abbot’s lecture on Climate and the Potential for Life on Other Planets), please click HERE.

Allow me to reiterate: Throughout history, there have been countless evidence of society, government, or system that does not observe meritocracy resulting in suboptimal outcome. For example, as a result of Joseph Stalin‘s politically  motivated Great Purge or Soviet Purge between 1936-1938, the great big nation of Soviet Union almost lost the Winter War to  her tiny neighboring country of Finland between 1939-1940, a war that many thought should had been won by the Soviet in a matter of few days, if the Great Purge never took place.