Two Leaders, Biden & Xi, Will Be Talking Virtually Before End Of The Year 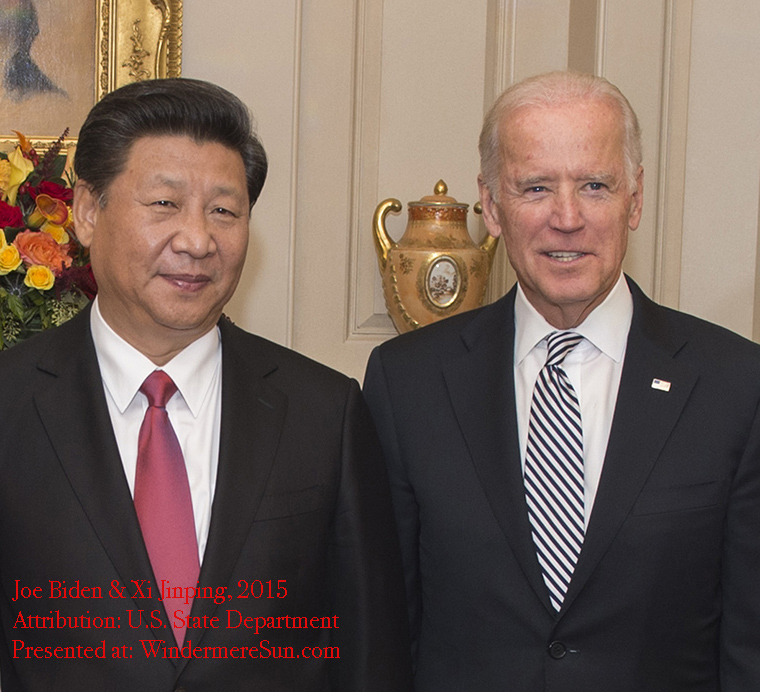 President Biden delivers remarks about infrastructure and his Build Back Better Agenda in Michigan, in the video published on Oct. 5, 2021, “Biden Says Putin, Xi Jinping Believe American Democracy Is Failing, Says USA Must Step Up“, below:

President Biden and Chinese President Xi Jinping had their first phone call since Biden’s inauguration in January. CNBC’s Eunice Yoon reports on the details of the conversation. Chinese President Xi Jinping and U.S. President Joe Biden spoke for the first time since February on Friday. It marked the second call between the leaders since Biden took office in January, as tensions between the world’s two largest economies simmer. “President Biden underscored the United States’ enduring interest in peace, stability, and prosperity in the Indo-Pacific and the world and the two leaders discussed the responsibility of both nations to ensure competition does not veer into conflict,” the White House said in a readout of the call released Friday morning. Chinese state media confirmed the call shortly afterwards. Xi said in the report that, “on the basis of respecting each other’s core concerns and properly managing differences,” relevant departments of the two countries can engage for cooperation on climate, Covid prevention, economic recovery and major international and regional issues. He said if there’s “confrontation” between China and the U.S., “both countries and the world will suffer,” while all will benefit if the two nations work together. That’s according to a CNBC translation of the Chinese text. The state media report also included some description of Biden’s comments, including a remark that: “The two countries have no reason to fall into conflict as a result of competition.” The two leaders last spoke just before the Lunar New Year — China’s most important holiday — in February in a call Biden said lasted two hours. Friday’s call, which lasted for about 90 minutes, discussed a range of transnational issues and touched on economic issues, although that aspect of U.S.-China policy remains under review, Reuters reported, citing a senior U.S. administration official. The two leaders are able to be candid and honest with each other without lecturing, the official said. The U.S. focus must be on rallying partners and allies, the official said in the report. Both countries build regional ties Biden’s strategy for dealing with China has centered on working with traditional U.S. allies. The preceding Trump administration had taken a more singlehanded approach of applying tariffs and sanctions on China in an effort to address longstanding business complaints of unequal market access and forced technology transfer. The geopolitical landscape has grown more complex this summer with the U.S. withdrawal from Afghanistan and the rise of the Taliban in a region that shares a border with China. In the last several months, both China and the U.S. have increased efforts to build up political and economic ties with regional partners. On Thursday, Xi said at a virtual meeting of the five BRICS countries — China, Russia, Brazil, South Africa and India — that Beijing would chair the BRICS summit next year and looked forward to working more with member nations, according to state media. India Prime Minister Narendra Modi chaired this year’s meeting. In the video published on Sep. 10, 2021, “President Joe Biden and Chinese President Xi hold first phone call in seven months“, below:

U.S. President Joe Biden has called Chinese President Xi Jinping over his frustration with dead-end talks between the countries. The call was the second between the two leaders and comes at a time of increased tension in their relationship. Biden hopes that this more personal engagement with Xi would help advance cooperation with the two sides, in the video published on Sep. 10, 2021, “Biden Calls Xi Over Dead-End Talks“, below: