2 Suicide Bombings Outside Of Kabul Airport 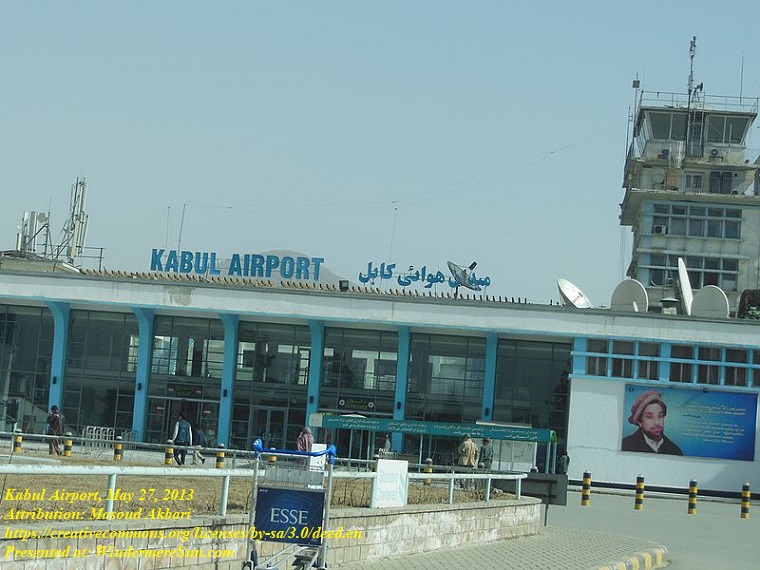 On Wednesday, August 26, 2021, two suicide bombings occurred near Abbey Gate at Hamid Karzai International Airport in Kabul, Afghanistan. These attacks came hours after the United States State Department told Americans outside the airport to leave due to a terrorist threat. At least 60 people have been killed in the attacks, including 12 U.S. service members.

More details in wikipedia, in italics, below:

After Afghanistan fell to Taliban control on 15 August 2021, Hamid Karzai International Airport became the only secure way out of Afghanistan.[11] Security concerns grew after hundreds of ISIS-K members escaped from jails at Bagram and Pul-e-Charkhi.[12] Hours before the attack, US diplomats in Kabul warned American citizens to leave the airport due to security threats.[13] United Kingdom Armed Forces Minister James Heappey had also warned of a highly credible threat of attack at Kabul airport by Islamic state militants.[14][15] Embassies from United States, United Kingdom, and Australia have also warned about high security threats on the airport.[16]

The attack was suspected to have been carried out by the Islamic State of Iraq and the Levant – Khorasan Province (ISIS-K)[18] amid the 2021 evacuation of Afghanistan. A crowd of local and foreign civilians had fled to the airport to evacuate.[19] At Abbey Gate, one of the gates entering into the airport, a suicide bomber detonated an explosive. After the explosion, gunfire erupted and all gates at the airport were closed.[20][21] At least 60 people were killed during the attack, including 40 Afghan civilians and 12 U.S. servicemembers. At least 150 more people were injured,[3] including a number of Taliban members and fifteen U.S. personnel.[22][23] The twelve deceased Americans were identified as eleven marines and one Navy medic.[2][24] A second explosion also occurred at Baron Gate, named after the nearby Baron Hotel in Kabul.[4][25] The Baron Hotel has been used in the past as a gathering point for American citizens for rescue and evacuation. The hotel has also served as a processing center for Afghan people fleeing the country to escape Taliban control.[26]

The “Squawk on the Street” team reports on the latest update from Kabul where an explosion took place outside the Kabul airport, in the video published Aug. 25, 2021, “Bomb explodes outside Kabul airport, caused by suicide bomber: Initial reports“, below:

Taliban sources have confirmed to NBC News that two suicide attacks have killed at least 13 people, including women and children, outside Kabul’s airport as thousands gather near the airport waiting for evacuation flights. NBC News’ Courtney Kube reports, in the video published on Augu. 26, 2021, “Taliban Sources: Suicide Attacks Kill At Least 13 People Outside Kabul Airport“, below:

There were at least 2 explosions: 1 at Abbey Gate (far southeast of airport) and 1 at Baron Hotel outside of Kabul Airport.

Two explosions outside Kabul’s international airport caused an unknown number of casualties and deaths less than a week before U.S. forces are due to depart. The Pentagon calls this a “complex attack.” Joe Mathieu reports, in the video published on Aug. 26, 2021, “Pentagon Confirms Two Explosions Outside Kabul Airport“, below:

A number of casualties have been reported in two explosions outside Kabul airport. The Taliban says at least 13 people have been killed but the Pentagon said the number of casualties was unclear. Sky News chief correspondent Stuart Ramsay said his sources have told him the explosion was caused by a suicide bomber blowing himself up in a canalway. He also said the attack could signal the “end of the airlift”, in the video published on Aug. 26, 2021, “Casualties reported in explosions outside Kabul airport“, below: