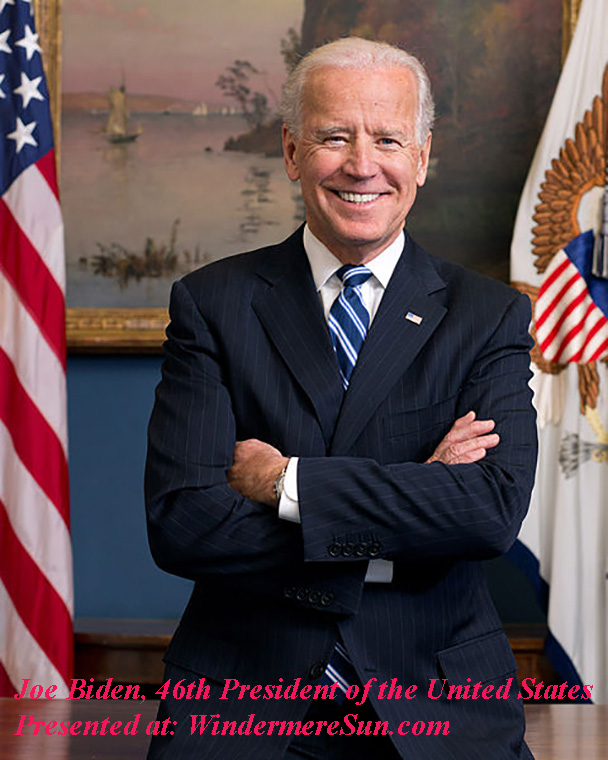 Joe Biden, President of the United States (Presented at: WindermereSun.com) 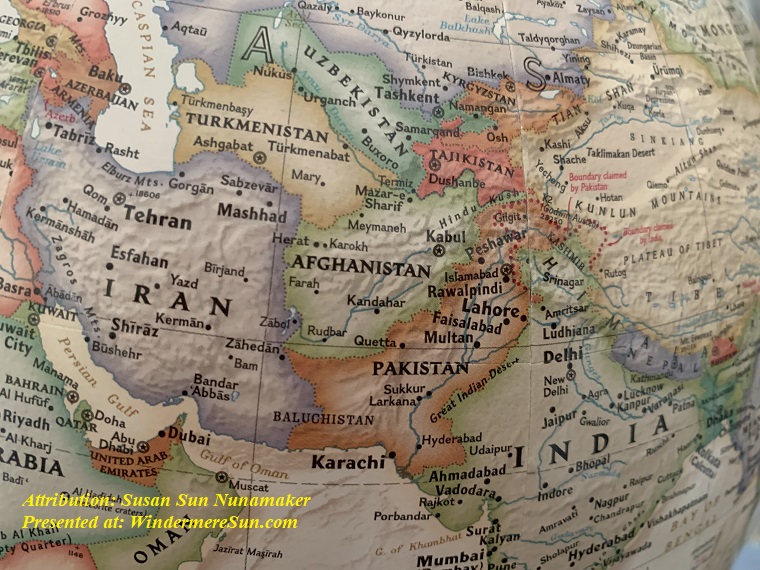 Map of where Afghanistan is (Attribution: Susan Sun Nunamaker, Presented at: WindermereSun.com)

The U.S. and its allies airlifted roughly 16,000 people out of Kabul, Afghanistan, in the last 24 hours. Time is ticking as the Aug. 31 deadline approaches to evacuate all Americans and Afghan allies, in the video published on Aug. 23, 2021, “Will US extend Afghanistan evacuation deadline?” below:

NewYorker.com executive editor David Rohde, former senior advisor to Defense Secretary Ash Carter, Mark Jacobson, and NBC News’ Pentagon reporter Courtney Kube break down the complicated logistics of evacuating US allies and citizens out of Afghanistan, in the video published on Aug. 23, 2021, “New Yorker Editor: Not Possible To Evacuate All US Allies From Afghanistan By Aug. 31st“, below:

Aug.23 — Pentagon Spokesman John Kirby says the U.S. could extend the deadline for evacuations by Aug. 31., in the video published on Aug. 23, 2021, “U.S. Could Extend Afghanistan Evacuation Deadline of Aug. 31“, below:

After Joe Biden hinted at an extension on the deadline for withdrawal of US troops from Afghanistan, the Taliban on Monday has warned the Biden administration of ‘consequences’ in case of such a delay. The Taliban has now warned US and UK to keep their withdrawal deadline and stated that a delay was not acceptable. According to sources, the terrorist group controlling Kabul has now issued a serious ‘red line’ warning to the US regarding the deadline, in the video published on Aug. 23, 2021, “Taliban Warns US, UK Of Consequences In Case Of Delay In Withdrawal Deadline | Republic TV“, below:

Colorado Democratic Representative and Afghanistan War veteran Jason Crow comments on the Afghanistan withdrawal, in the video published on Aug. 23, 2021, “Rep. Jason Crow On Afghanistan Withdrawal: ‘Deadline Has Got To Extend‘”, below:

According to Colorado Representative Jason Crow, there is no failure on the part of the intelligence.  There are warning signs and signals that difficulty would be faced during the time of withdrawal.

Olivia Troye, a former homeland security advisor to Vice President Mike Pence, shares with Andrea Mitchell insights as to how the special immigration visa processing system “was destroyed” under former President Trump by his top immigration adviser Stephen Miller. She says that Miller peddled “racist hysteria” to justify limiting the number of visa applicants who were approved, contributing to a back log that’s stymieing the Biden administration’s ability to process and evacuate Afghan allies at risk of retribution from the Taliban, in the video published on Aug. 23, 2021, “Olivia Troye: Visa System For Afghan Allies ‘Was Destroyed’ Under Trump“, below:

Senator Tim Kaine (D-VA) joins Andrea Mitchell to react to the latest efforts to evacuate Americans and Afghan allies from Afghanistan, and explain why he feels that “Congress has to do more to oversee U.S. military operations.” in the video published on Aug. 23, 2021, “Sen. Kaine: ‘We’ve GOt To Do More’ To Evacuate Afghan Allies“, below:

Former Deputy Assistant Secretary of Defense Evelyn Farkas speaks with Aaron Gilchrist about the logistics and emotional toll of the U.S. withdrawal from Afghanistan, in the video published on Aug. 23, 2021, “Afghanistan Withdrawal: ‘The Reality Is We’ll Be Leaving Americans Behind“, below:

U.S. military and U.S. State Department have been evacuating many people from Afghanistan. Please refer to Updates About Afghanistan Situation From The U.S. State Department, Aug. 23, 2021. Whether or not they will be able to evacuate every single American citizen, Afghan allies, British, and German from Afghanistan by the end of August remains to be seen. To evacuate at the end of any war is a difficult task. It is not a pretty picture no matter who is the President of the United States. Our military personnel and State Department are trying their very best to complete this difficult task. Let’s be thankful that they are preventing another twenty years of futile war.