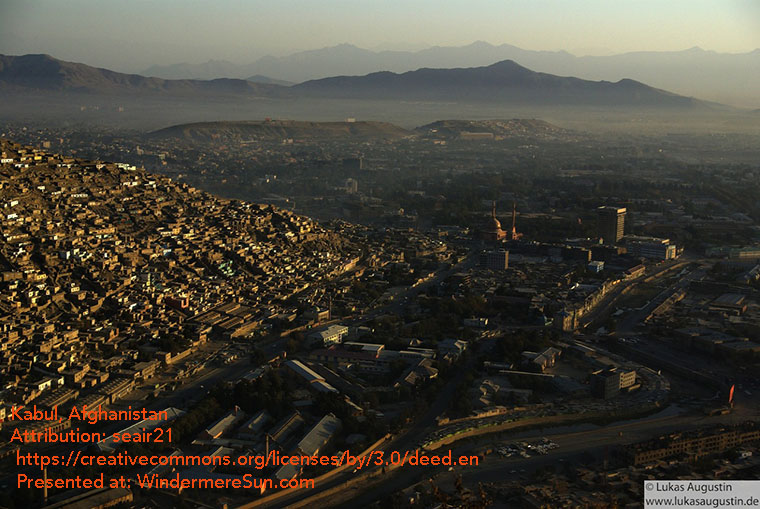 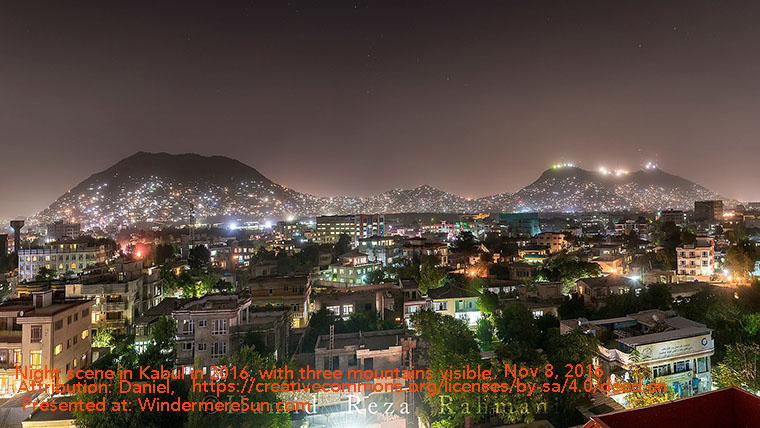 President Joe Biden is sending for troops (6,000 more) to Afghanistan to assist with evacuation as the Taliban continues its swift advances, in the video published on Aug. 15, 2021, “Kabul falls to Taliban“, below:

The collapse of Afghanistan’s government happened very quickly from an outside point of view, but for those like NBC’s Richard Engel who has been speaking to Afghan military leaders and government officials, “it was quite clear that it was going to come to this.” in the video published on Aug. 15, 2021, “Richard Engel: ‘I’m Not Surprised At All’ Kabul Fell To The Taliban So Quickly“, below:

The Taliban has declared the war in Afghanistan over after its fighters swept into the capital, Kabul, and President Ashraf Ghani fled the country. As American forces continue to evacuate diplomats and Afghan partners through Kabul airport, the armed group has taken control of the now-abandoned presidential palace. Extraordinary scenes of fighters rolling up the national flag and posing for pictures behind President Ashraf Ghani’s desk were obtained by Al Jazeera. The Taliban says it is committed to a peaceful transition of power and is open to talks to form what it calls an ”open, inclusive, Islamic government” in the video published on Aug. 16, 2021, “Taliban says Afghanistan war over as president flees“, below:

As Taliban took control over Afghanistan, millions of Afghans evacuated from the country. Hundreds of US embassy personnel also relocated to airport facility, in the video published on Aug. 15, 2021, “Kabul airport overwhelmed amid evacuations of Afghans after Taliban’s siege in country | Afghanistan“, below:

As American troops head to Afghanistan to assist in evacuating the U.S. embassy in Kabul, the Taliban continues to seize cities further plunging the nation into crisis. Gen. Barry McCaffrey and Eugene Daniels join to discuss, in the video published on Aug. 14, 2021, “U.S. Troops Head To An Afghanistan Nearing Collapse | MSNBC“, below:

The Biden administration is preparing for the fall of Kabul as the Taliban gains ground across much of Afghanistan. CBS News has confirmed that most U.S. Embassy employees, except a small handful of personnel, are expected to be evacuated within the next 72 hours. CBS News foreign correspondent Roxana Saberi joins CBSN from Afghanistan’s capital with the latest, in the video published on Aug.14, 2021, “Biden administration prepares for the collapse of Kabul“, below:

A former US military base is now in the hands of the Taliban as the future of Afghanistan is unclear. CNN’s Clarissa Ward reports exclusively from what remains of Combat Outpost Andar in Afghanistan’s Ghazni province, in the video published on Aug. 13, 2021, “CNN reporter enters US base captured by the Taliban. See what she found“, below:

The Taliban captured a key city near Afghanistan’s capital on Thursday. Ghazni is the tenth provincial capital in the country to fall to the extremist fighters. CBS News foreign correspondent Roxana Saberi reports from Kabul. Then Christina Goldbaum, a New York Times reporter in Afghanistan, joins CBSN to discuss what the loss of this city means for Afghan government forces, in the video published on Aug. 12, 2021, “Taliban gains ground near Afghanistan’s capital“, below:

As the Taliban seize control of Kandahar and the strategic city of Ghazni, leaving Kabul more vulnerable than ever, Afghans feel betrayed by their own government and the foreign powers who aren’t stepping back in, in the video published on Aug.12, 2021, “Taliban seize more control in Afghanistan, Kabul at risk“, below:

The Defense Department said the Taliban’s growing control over Afghanistan is “deeply concerning,” and was a big factor in the decision to deploy troops, in the video published on Aug. 13, 2021, “Most US troops deployed to Kabul will be in place by this weekend, Pentagon says“, below:

It has been a 24-hour blitzkrieg in Afghanistan. The Taliban have completed their sweep of the country’s south as they took over four more provincial capitals. The Taliban have captured 18 provincial capitals in its violent push for power, in the video published on Aug. 14, 2021, “Afghanistan Crisis: Afghan army and warlords surrender to Taliban“, below:

After the withdrawal of Western forces, will the Taliban soon take control of the whole of Afghanistan? In the video published on Aug. 12, 2021, “Taliban advance: Is Afghanistan lost? | To The Point“, below:

People trying to get onboard the C-17 at Kabul Airport, click HERE.

Inside the C-17 from Kabul (linked to Reddit.com), click HERE.