More On Trump’s Plan To Overturn The 2020 Election Result 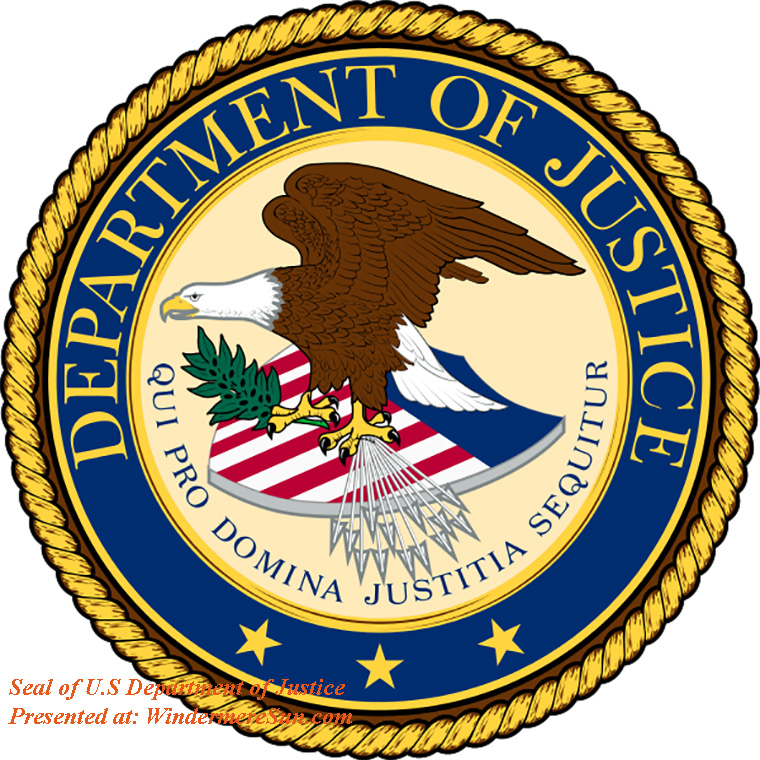 Seal of the United States Department of Justice (Presented at: WindermereSun.com)

Recall our previous post on Trump’s Plan To Overturn 2020 Election Result, here is our update on this topic, below:

According to Rachel Maddow’s report: 1. The post-election Trump plot in Georgia was spearheaded by Trump’s Justice Department official Jeffrey Clark to get Georgia Republican to effectively  nullify the 2020 election result. 2.B.J. Pak, former U.S. Attorney for U.S. District Court for the Northern District of Georgia and former Republican Georgia House of Representative, is expected to speak to Justice Department investigators and members of the House Select Committee about Jan. 6, which has taken over that chamber’s investigation of Trump’s attempts to overturn election results, in the video published on Aug. 14, 2021, “Watch Rachel Maddow Highlights: August 13th | MSNBC“, below:.

Let’s take a look at what wikipedia said about Jeffrey Clark, in italics, below:

Jeffrey Bossert Clark (born April 17, 1967)[2] is an American lawyer who served as Assistant Attorney General for the Environment and Natural Resources Division from 2018 to 2021, during which time he attempted to help Donald Trump subvert the 2020 presidential election.

Clark currently serves as the Chief of Litigation and Director of Strategy at the conservative-libertarian New Civil Liberties Alliance.[6][7]

As for B.J. Pak, please refer to the excerpt, in italics, below:

Byung Jin “BJay” Pak[2][3] (born 1974) is a Korean-American attorney and politician who served as the United States Attorney for the United States District Court for the Northern District of Georgia from 2017 to 2021. Pak previously served as a member of the Georgia House of Representatives as a Republican from 2011 to 2017.

On January 3, 2021, Trump called top Georgia state election officials, a call which was recorded and later released, and pressured them to help him “find” more votes in order to overturn the election of president-elect Biden. During the call Trump referenced Atlanta and Fulton counties of Georgia and referred to the “never-Trumper U.S. attorney there.” Pak’s district included those counties. Pak resigned the next day, citing “unforeseen circumstances.” (2021)[9][10][11]

Pak resigned unexpectedly on January 4, 2021.[12] Justice Department officials have declined to say whether Pak resigned voluntarily or was asked to do so.[13] However, The Wall Street Journal reported that Pak was forced to resign by senior White House officials in the Trump administration for not investigating false claims of election fraud “enough.”[14] Trump immediately replaced Pak with Bobby Christine,[15] the Trump-appointed U.S. Attorney from southern Georgia, bypassing top career prosecutor Kurt Erskine.[13] Christine also found no evidence of election fraud.[16] The Justice Department inspector general opened an inquiry into Pak’s departure.[17] Pak told the Senate Judiciary Committee in August 2021 that top Justice Department officials had told him on January 3 that he would be fired by Trump if he did not say there had been widespread voter fraud in Georgia; resigning would pre-empt a public dismissal.[18]

Pak has since returned to private practice.