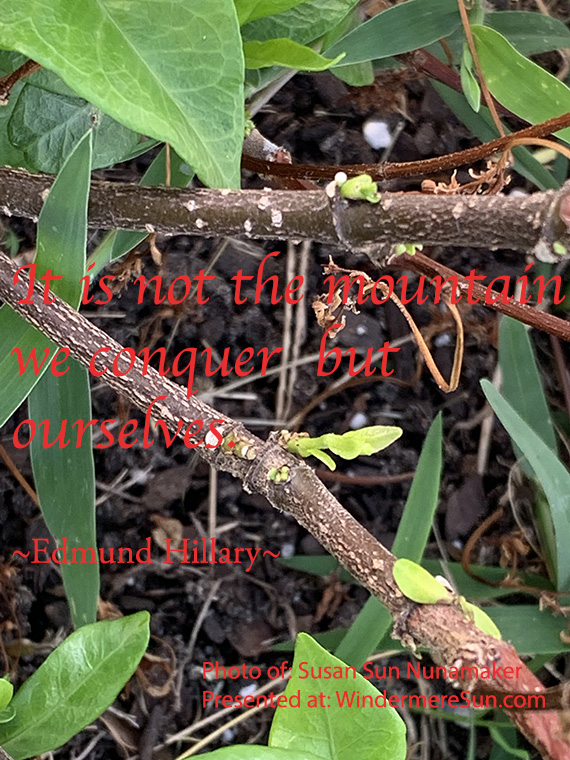 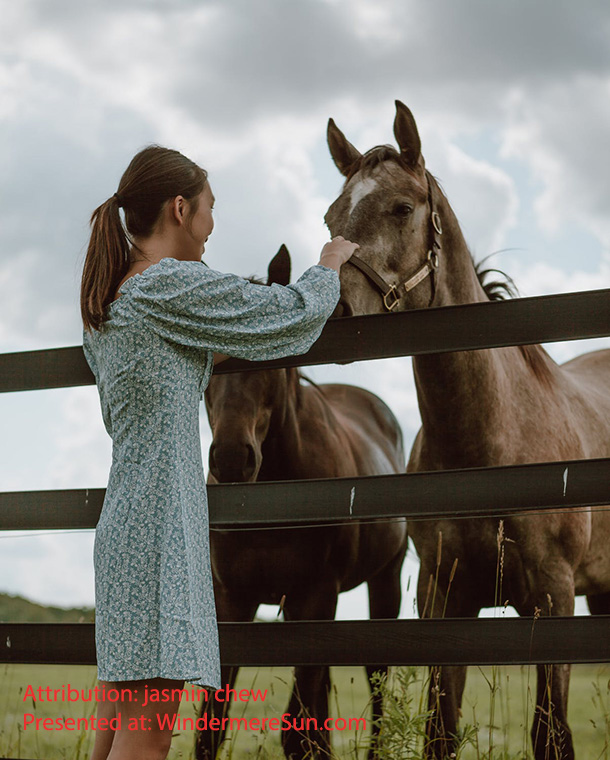 Girl with her horse… how very friendly…. Quote of the Week, 5/15/2021, below: Edmund Hillary once said, “It is not the mountain we conquer but ourselves.” For more about Edmund Hillary, please refer to the excerpt from wikipedia, in italics, below: Sir Edmund Percival Hillary KG ONZ KBE (20 July 1919 – 11 January 2008) was a New Zealand mountaineer, explorer, and philanthropist. On 29 May 1953, Hillary and Sherpa mountaineer Tenzing Norgay became the first climbers confirmed to have reached the summit of Mount Everest. They were part of the ninth British expedition to Everest, led by John Hunt. From 1985 to 1988 he served as New Zealand’s High Commissioner to India and Bangladesh and concurrently as Ambassador to Nepal. Hillary became interested in mountaineering while in secondary school. He made his first major climb in 1939, reaching the summit of Mount Ollivier.[1] He served in the Royal New Zealand Air Force as a navigator during World War II and was wounded in an accident. Prior to the Everest expedition, Hillary had been part of the British reconnaissance expedition to the mountain in 1951 as well as an unsuccessful attempt to climb Cho Oyu in 1952. As part of the Commonwealth Trans-Antarctic Expedition he reached the South Pole overland in 1958. He subsequently reached the North Pole, making him the first person to reach both poles and summit Everest. Time named him one of the 100 most influential people of the 20th century.[2] Following his ascent of Everest, Hillary devoted himself to assisting the Sherpa people of Nepal through the Himalayan Trust, which he established. His efforts are credited with the construction of many schools and hospitals in Nepal. Hillary had numerous honours conferred upon him, including the Order of the Garter in 1995. Upon his death in 2008, he was given a state funeral in New Zealand. Gathered, written, and posted by Windermere Sun-Susan Sun Nunamaker More about the community at www.WindermereSun.com Any comments, suggestions, concerns regarding this post will be welcomed at [email protected]