Geico In Shade/Never Find Fault With The Absent 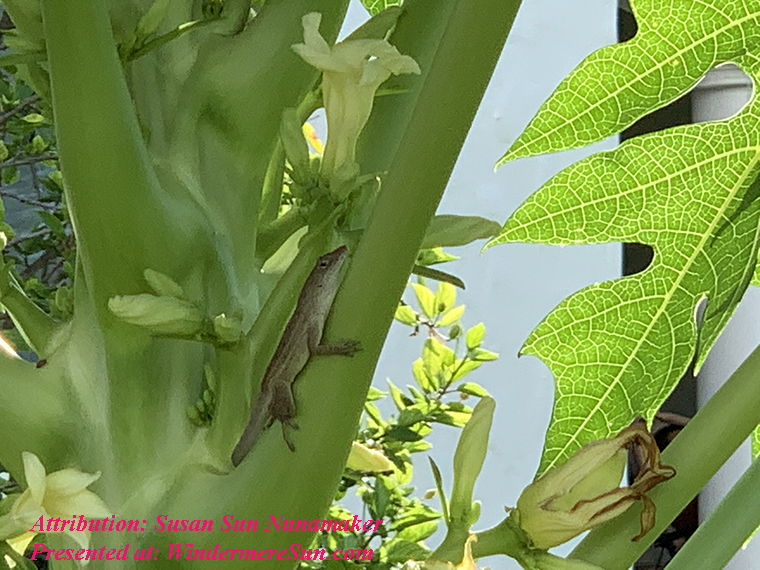 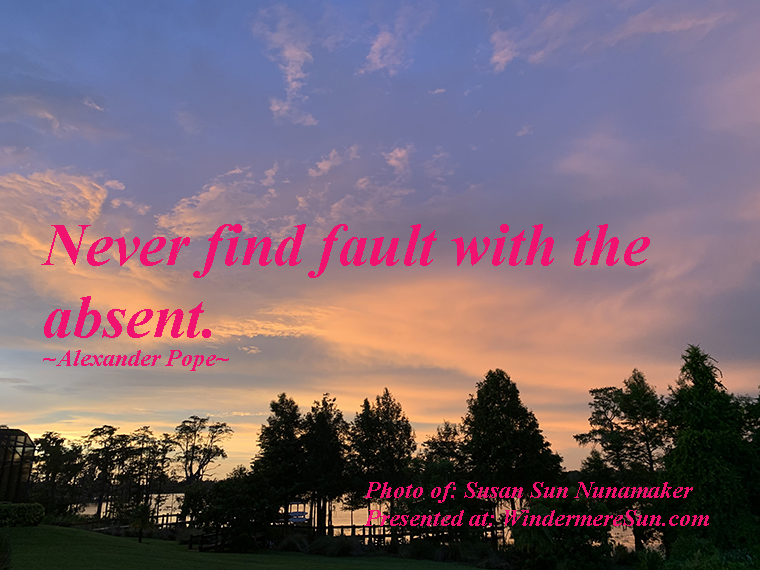 Quote of 8/8/2020, “Never find fault with the absent.” (Quote of: Alexander Pope, Photo of: Susan Sun Nunamaker, Presented at: WindermereSun.com)

Quote of 8/8/2020, “Never find fault with the absent.” (Quote of: Alexander Pope, Photo of: Susan Sun Nunamaker, Presented at: WindermereSun.com)

For more about Alexander Pope, please refer to excerpt from wikipedia, in italics, below:

Alexander Pope (21 May 1688 – 30 May 1744) is regarded as one of the greatest English poets, and the foremost poet of the early eighteenth century. He is best known for his satirical and discursive poetry, including The Rape of the Lock, The Dunciad, and An Essay on Criticism, as well as for his translation of Homer. After Shakespeare, Pope is the second-most quoted writer in the English language, per The Oxford Dictionary of Quotations,[1] some of his verses having even become popular idioms in common parlance (e.g., Damning with faint praise). He is considered a master of the heroic couplet.

Pope’s poetic career testifies to his indomitable spirit in the face of disadvantages, of health and of circumstance. The poet and his family were Catholics and thus fell subject to the Test Acts, prohibitive measures which severely hampered the prosperity of their co-religionists after the abdication of James II; one of these banned them from living within ten miles of London, and another from attending public school or university. For this reason, except for a few spurious Catholic schools, Pope was largely self-educated. He was taught to read by his aunt and became a lover of books. He learned French, Italian, Latin, and Greek by himself, and discovered Homer at the age of six. As a child Pope survived being once trampled by a cow, but when he was 12 began struggling with tuberculosis of the spine (Pott disease), along with fits of crippling headaches which troubled him throughout his life.

In the year 1709, Pope showcased his precocious metrical skill with the publication of Pastorals, his first major poems. They earned him instant fame. By the time he was 23 he had written An Essay on Criticism, released in 1711. A kind of poetic manifesto in the vein of Horace‘s Ars Poetica, the essay was met with enthusiastic attention and won Pope a wider circle of prominent friends, most notably Joseph Addison and Richard Steele, who had recently started collaborating on the influential The Spectator. The critic John Dennis, having located an ironic and veiled portrait of himself, was outraged by what he considered the impudence of the younger author. Dennis hated Pope for the rest of his life, and, save for a temporary reconciliation, dedicated his efforts to insulting him in print, to which Pope retaliated in kind, making Dennis the butt of much satire.

The Rape of the Lock, perhaps the poet’s most famous poem, appeared first in 1712, followed by a revised and enlarged version in 1714. When Lord Petre forcibly snipped off a lock from Miss Arabella Fermor‘s head (the “Belinda” of the poem), the incident gave rise to a high-society quarrel between the families. With the idea of allaying this, Pope treated the subject in a playful and witty mock-heroic epic. The narrative poem brings into focus the onset of acquisitive individualism and conspicuous consumption, where purchased goods assume dominance over moral agency.

A folio comprising a collection of his poems appeared in 1717, together with two new ones written about the passion of love. These were Verses to the Memory of an Unfortunate Lady and the famous proto-romantic poem Eloisa to Abelard. Though Pope never married, about this time he became strongly attached to Lady M. Montagu, whom he indirectly referenced in the popular poem Eloisa to Abelard, and to Martha Blount, with whom his friendship continued throughout his life.

In his career as a satirist, Pope made his share of enemies as the critics, politicians, and certain other prominent figures felt the sting of his sharp-witted satires. Some were so virulent, that Pope even carried pistols at one point while walking his dog. After 1738, Pope composed relatively little. He toyed with the idea of writing a patriotic epic called Brutus. He mainly revised and expanded his masterpiece The Dunciad. Book Four appeared in 1742, and a complete revision of the whole poem in the following year. In this version, he replaced Lewis Theobald with the Poet Laureate Colley Cibber, as “king of dunces”. However, his real target in the poem is the Whig politician Robert Walpole. By now Pope’s health was failing, and when told by his physician, on the morning of his death, that he was better, Pope replied: “Here am I, dying of a hundred good symptoms.”