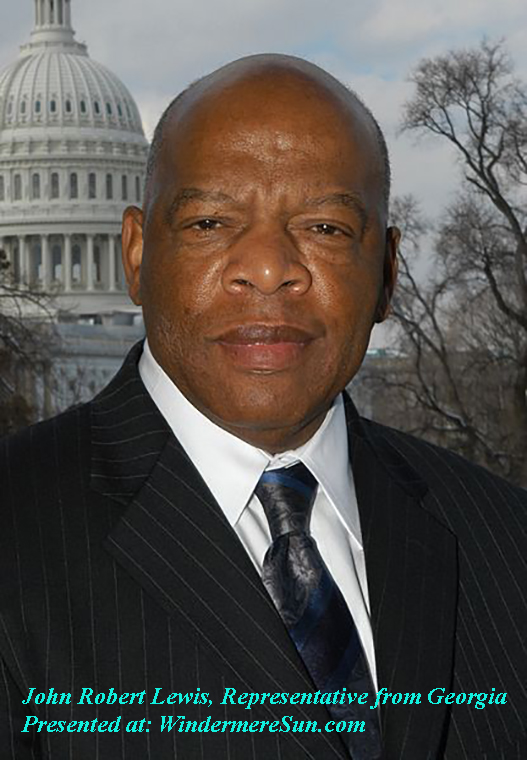 The American politician and civil rights leader, the youngest speaker at the March on Washington of 1963, John Robert Lewis, died on July 17, 2020, at the age of eighty. The funeral of John Lewis was held at the historic Ebenezer Baptist Church in Atlanta on Thursday, July 30, 2020, capping off a six-day celebration of life honoring the congressman.

Former U.S. president Barack Obama addressed mourners at Thursday’s funeral for civil rights icon John Lewis, honoring the life of the late congressman in a powerful eulogy. Obama described Lewis’ civil rights legacy, and said that although his faith was tested “again and again,” he was “a man of pure joy and unbreakable perseverance.” “He not only embraced that responsibility, but he made it his life’s work,” the former president said. “John Lewis will be a founding father of that fuller, fairer, better America.” Obama also referenced the 2020 U.S. presidential election and current anti-racism protests across the country, saying “there are those in power who are doing their darnedest to discourage people from voting,” and “undermining the postal service in the run-up to an election.” “John Lewis devoted his time on this earth fighting the very attacks on democracy.” He continued. Obama added that Lewis knew “that the fate of this democracy depends on how we use it, that democracy isn’t automatic- it has to be nurtured.” In the video “Barack Obama delivers powerful eulogy at John Lewis funeral“, below:

To find out more about John Lewis, please click HERE and view the excerpt from wikipedia, in italics, below:

John Robert Lewis (February 21, 1940 – July 17, 2020) was an American politician and civil-rights leader who served in the United States House of Representatives for Georgia’s 5th congressional district from 1987 until his death in 2020 from pancreatic cancer. Lewis served as the chairman of the Student Nonviolent Coordinating Committee (SNCC) from 1963 to 1966.

Lewis was one of the “Big Six” leaders of groups who organized the 1963 March on Washington, and he fulfilled many key roles in the civil rights movement and its actions to end legalized racial segregation in the United States. In 1965, Lewis led the first of three Selma to Montgomery marches across the Edmund Pettus Bridge. In an incident which became known as Bloody Sunday, state troopers and police then attacked the marchers, including Lewis.

A member of the Democratic Party, Lewis was first elected to Congress in 1986 and served for 17 terms in the U.S. House of Representatives. Due to his length of service, he became the dean of the Georgia congressional delegation. The district he represented includes the northern three-quarters of Atlanta.

He was a leader of the Democratic Party in the U.S. House of Representatives, serving from 1991 as a Chief Deputy Whip and from 2003 as Senior Chief Deputy Whip. Lewis received many honorary degrees and awards, including the Presidential Medal of Freedom.