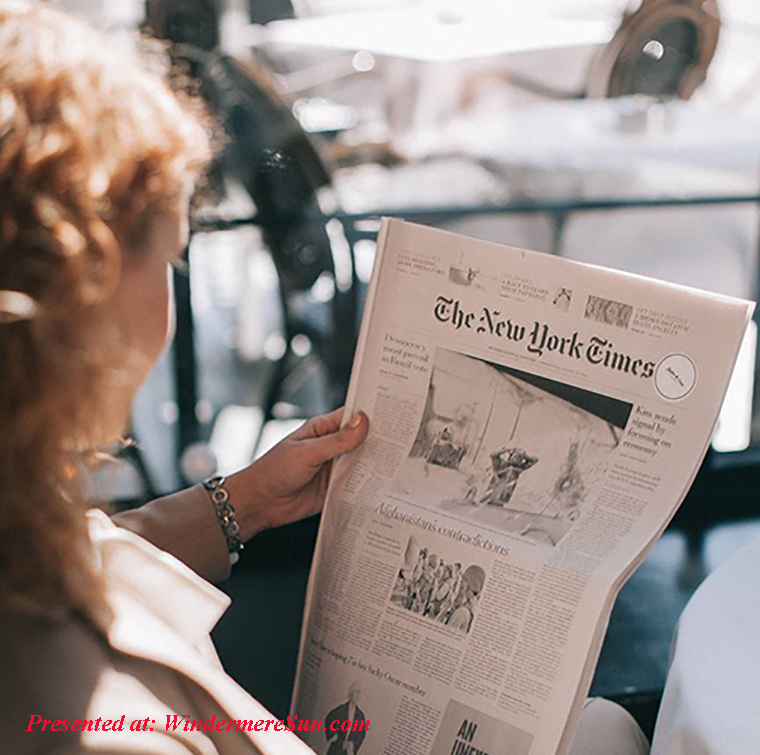 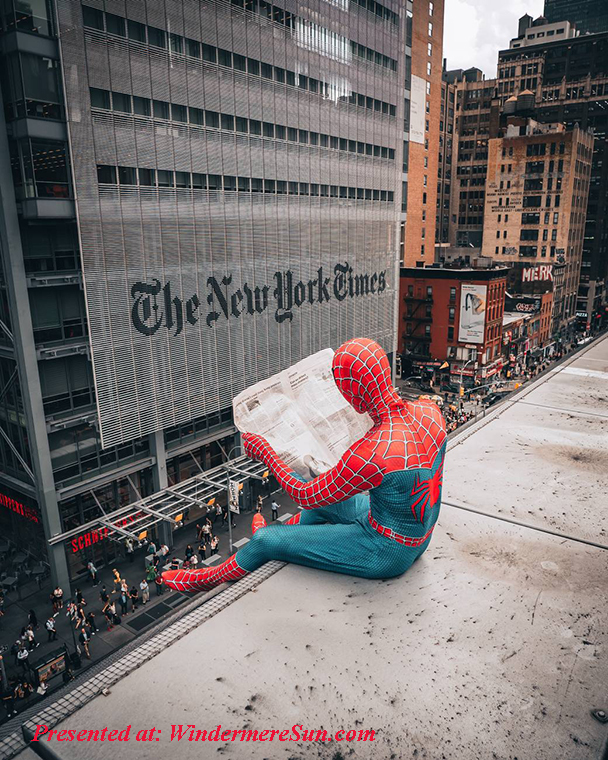 Historically, New York Times is one of the most reputable and unbiased news publications, presenting all facets of many topical issues. That is why it was particularly disturbing and disappointing for me to find out about the nature of the resignation of Bari Weiss, a staff editor in the opinion section of The New York Times from 2017-2020.

Ms. Weiss announced her resignation from The New York Times (NYT)as a columnist on July 14, 2020, publishing her resignation letter on her web site, criticizing the NYT for capitulating to criticism on Twitter, and for not supporting her when she was bullied by her colleagues. She also accused NYT of “unlawful discrimination, hostile work environment, and constructive discharge.”

In her resignation letter, Weiss wrote (in italics), “Twitter is not on the masthead of The New York Times, but Twitter has become its ultimate editor…Stories are chosen and told in a way to satisfy the narrowest of audiences, rather than to allow a curious public to read about the world and then draw their own conclusions…But the truth is that intellectual curiosity-let alone risk-taking–is now a liability at The Times…self-censorship has become the norm…If a person’s ideology is in keeping with the new orthodoxy, they and their work remain unscrutinized. Everyone else lives in fear of the digital thunderstorm. Online venom is executed so long as it is directed at the proper targets.

This is what I find most disturbing, rules of Ms. Weiss (in italics) from her experience in NYT, in her letter, “Rule One: Speak your mind at your own peril. Rule Two: Never risk commissioning a story that goes against the narrative. Rule Three: Never believe an editor or publisher who urges you to go against the grain. Eventually, the publisher will cave to the mob, the editor will get fired or reassigned, and you’ll be hung out to dry.”

In order to ensure the strength and greatness of our democracy, it is true that “An independent press is not a liberal ideal or a progressive ideal or a democratic ideal. It’s an American ideal.” and it is also true that “But ideas cannot win on their own. They need a voice. They need a hearing. Above all, they must be backed by people willing to live by them.”

To better understand Bari Weiss’ voice, check out her works at The New York Times by clicking HERE and

please feel free to take a look at the excerpt from wikipedia, in italics, below:

Weiss has been described as conservative by Haaretz, The Times of Israel, The Daily Dot, and Business Insider.[25][26][27][28] She describes herself as a “left-leaning centrist.”[29] According to The Washington Post, Weiss “portrays herself as a liberal uncomfortable with the excesses of left-wing culture,”[30] and has sought to “position herself as a reasonable liberal concerned that far-left critiques stifled free speech.”[31] Vanity Fair has described Weiss as being “a provocateur”, and a “liberal humanist”.[3] The Jewish Telegraphic Agency said that her writing “doesn’t lend itself easily to labels.”[32]

Weiss has expressed support for Israel and Zionism in her columns. When writer Andrew Sullivan described her as an “unhinged Zionist”, she responded saying she “happily plead[s] guilty as charged.”[33] In 2018, she said she believed the sexual assault allegations against Supreme Court justice nominee Brett Kavanaugh, but that they should not disqualify him from serving on the Supreme Court because he was 17 when he allegedly committed the assault against Christine Blasey Ford.[27] Weiss told Vanity Fair in 2019 that she came across as “glib” in the soundbite. “For the record, she … believes Kavanaugh’s rage-filled behavior before the Senate Judiciary Committee should have disqualified him”.[3]

Following the Tree of Life synagogue massacre in Squirrel Hill, Pittsburgh, Weiss was a guest on Real Time with Bill Maher in early November 2018. She said of American Jews who support President Donald Trump: “I hope this week that American Jews have woken up to the price of that bargain: They have traded policies that they like for the values that have sustained the Jewish people – and frankly, this country – forever: Welcoming the stranger; dignity for all human beings; equality under the law; respect for dissent; love of truth”.[34]

It is important for a democratic society to have free flow and exchange of ideas. Censorship, even in the form of self-censorship, would be detrimental to the health a democratic society. May all facets of our society have a voice in our free press, regardless what the pressure or trend of our time maybe. Let our free press remains the faithful guardian of our democracy,