Cat With Crown/ We Have, I Fear, Confused Power With Greatness 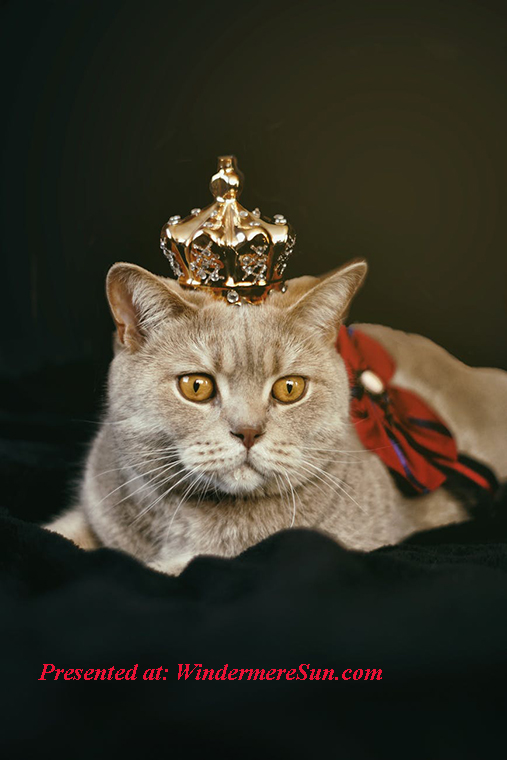 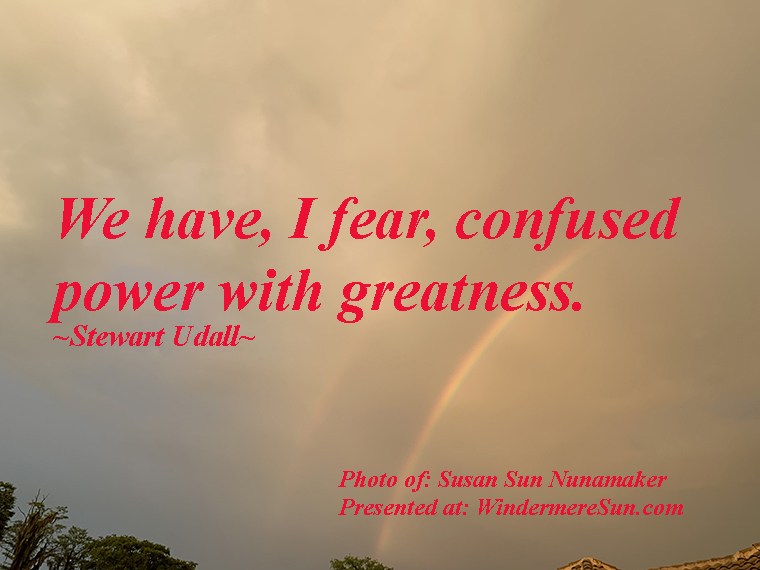 Quote of 7/11/1010, “We have, I fear, confused power with greatness.” (Quote of Stewart Udall, Photo of: Susan Sun Nunamaker, Presented at: WindermereSun.com)

How great the cat must think of itself.

Quote of 7/11/1010, “We have, I fear, confused power with greatness.” (Quote of Stewart Udall, Photo of: Susan Sun Nunamaker, Presented at: WindermereSun.com)

Stewart Udall once said, “We have, I fear, confused power with greatness.”

To learn more about who Stewart Udall is, please refer to these excerpts from wikipedia, in italics, below:

Stewart Lee Udall (January 31, 1920 – March 20, 2010)[1][2] was an American politician and later, a federal government official. After serving three terms as a congressman from Arizona, he served as Secretary of the Interior from 1961 to 1969, under presidents John F. Kennedy and Lyndon B. Johnson.[3]

During the energy crisis in the 1970s, Udall advocated the use of solar energy as one remedy to the crisis. In October 1972, Udall published a seminal article in The Atlantic Monthly, entitled “The Last Traffic Jam”. The article contains arguments for the proposition that “less is more” and foresaw problems with U.S. transportation and energy policy and competition with emerging markets for scarce resources.[18] In 1974, Udall, along with Charles Conconi and David Osterhout, wrote The Energy Balloon, discussing the energy policies of the United States.

At the age of 90, Stewart L. Udall died peacefully at his home in the foothills of Santa Fe, New Mexico, in the early hours of the Spring Equinox, March 20, 2010.[22] After his death, President Obama noted on March 20, 2010, “For the better part of three decades, Stewart Udall served this nation honorably. Whether in the skies above Italy in World War II, in Congress, or as Secretary of the Interior, Stewart Udall left an indelible mark on this nation and inspired countless Americans who will continue his fight for clean air, clean water, and to maintain our many natural treasures.”[23]

Point Udall, on St. Croix in the U.S. Virgin Islands, was named for him in 1968, honoring Udall’s work to support the economy of the island group.[25] The westernmost spot, Point Udall, Guam, is named for his brother Mo. This means that “America’s day … begin(s) and end(s) at a Point Udall.”[26]

I am a mother/wife/daughter, math professor, solar advocate, world traveler, yogi, artist, photographer, sharer of knowledge/information, and resident of Windermere, FL. I've worked professionally in applied math, engineering, medical research, and as a university math professor in IL and FL for about 20 years. My husband and I loved Disney and moved down to Central Florida initially as snowbirds. But we've come to love the warmth and friendly people offered by this community and decided to move down to Windermere, FL full time in 2006. I am now spending time sharing information/ knowledge online, promoting understanding of math and solar energy (via http://www.sunisthefuture.net ), and developing Windermere Sun (http://www.WindermereSun.com) as an online publication, sharing and promoting Community ABC's (Activities-Businesses-Collaborations) for healthier/happier/more sustainable living. In the following posts, I'll be sharing with you some of the reasons why Windermere has attracted us to become full-time residents of Central Florida region. Please feel free to leave your comments via email at "Contact Us" in the topbar above or via [email protected] ~Let's help one another~ Windermere Sun-Susan Sun Nunamaker Founder/Owner/Editor/Producer of Windermere Sun email: [email protected]gmail.com Twitter: @WindermereSun