Resurgence Of Ebola In Congo 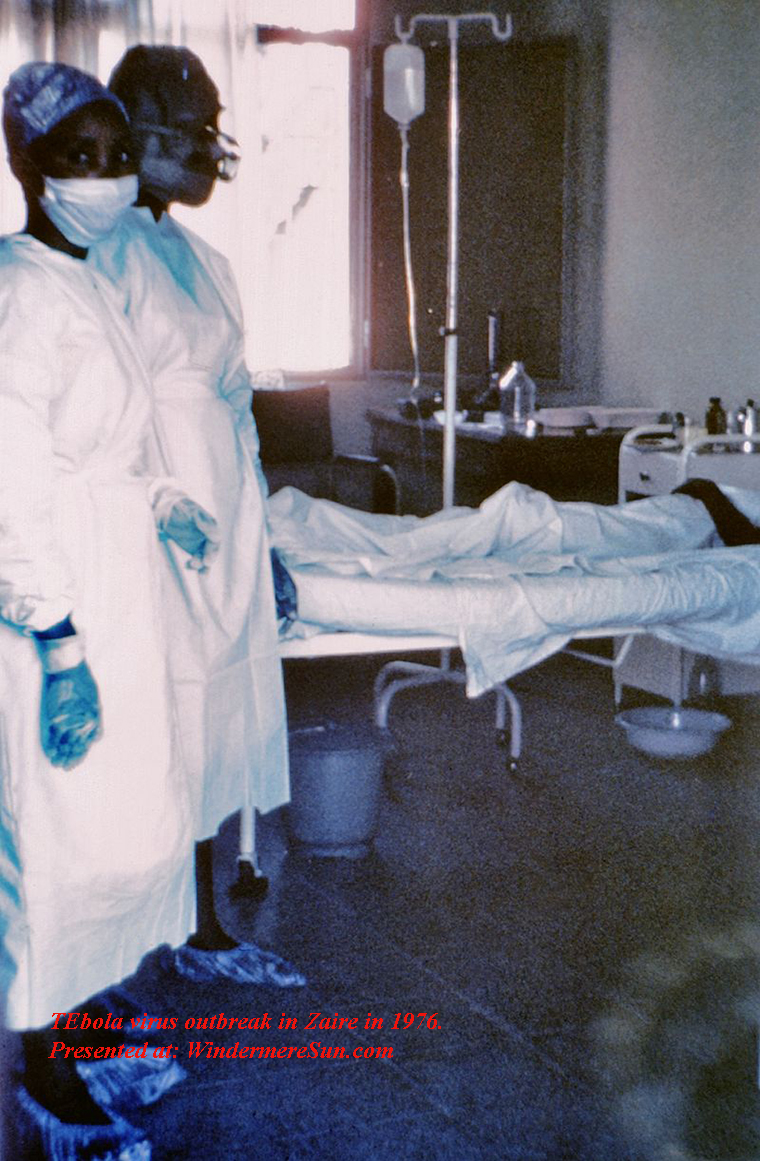 Four people have died from Ebola in a new outbreak in the Democratic Republic of Congo. The resurgence of the disease comes as an added blow as it attempts to also battle the coronavirus pandemic, in the video “Ebola resurges in DR Congo – new cases, deaths“, below:

A second outbreak of Ebola has been confirmed in the Democratic Republic of Congo. It’s another health crisis for a country already devastated by COVID-19 and the world’s largest measles outbreak. The World Health Organization says they have identified 6-cases in the north of the country, including four deaths. The DRC’s health minister said the country is sending vaccines and medicine to the region, adding the Ebola outbreak is a reminder that COVID-19 isn’t the only health threat. The DRC has yet to officially declare an end to Ebola, At least 22-hundred people have died from it since the outbreak started in August 2018, in the video “Six people confirmed with Ebola in DRC, including four fatalities“, below:

World Health Organization (WHO) director-general Dr. Tedros Adhanom Ghebreyesus said on Monday that the world has long benefited from the contribution of the government and the people of the U.S. towards global health, and that “it’s WHO’s wish for [this] to continue.” The statement comes after U.S. President Donald Trump’s announcement on Friday that the United States would be “cutting all ties” with the WHO, amid disagreements on their handling of the novel coronavirus pandemic. Tedros also addressed the recent Ebloa outbreak declared in the city of Mbandaka in the Democratic Republic of Congo (DRC) after another complex Ebola outbreak in Eastren DRC, which seems to be in its final phase. He said that WHO continues to provide support to the DRC in tackling Ebola as well as responding to COVID-19. The director-general announced that WHO has released an updated technical guidance to help organizations determine how and when mass gatherings can safely resume as more countries reopen. He said the WHO is providing guidance to organizations like FIFA and Formula One as more sports events are planned to resume in parts of Europe, as well as religious organisations as the Islamic Hajj season approaches. Over 6 million cases of COVID-19 have been reported to WHO as of Monday, with over 370,000 deaths, in the video “Coronavirus outbreak: WHO addresses Trump’s funding withdrawal, Ebola outbreak in DRC, FULL“, below:

Health officials have confirmed a second Ebola outbreak in the Democratic Republic of the Congo, the head of the World Health Organization said Monday, adding yet another health crisis for a country already battling COVID-19 and the world’s largest measles outbreak. The DRC also has yet to declare an official end to Ebola in its troubled east, where at least 2,243 people have died since an epidemic began there in August 2018. Now Congolese health authorities have identified six cases in the north near Mbandaka in Equateur province, including four fatalities, WHO director-general Tedros Adhanom Ghebreyesus said. This marks the second time Ebola has hit Equateur province in as many years: A 2018 outbreak there killed 33 people before the disease was brought under control in a matter of months, in the video “WHO Confirms Second Deadly Outbreak of Ebola in West Congo“, below:

Congo reported a fresh Ebola outbreak in its northwest on Monday, the latest health emergency for a country already fighting an epidemic of the deadly fever in the east as well as a surging number of coronavirus infections, in the video “Ebola virus, AFP“, below: