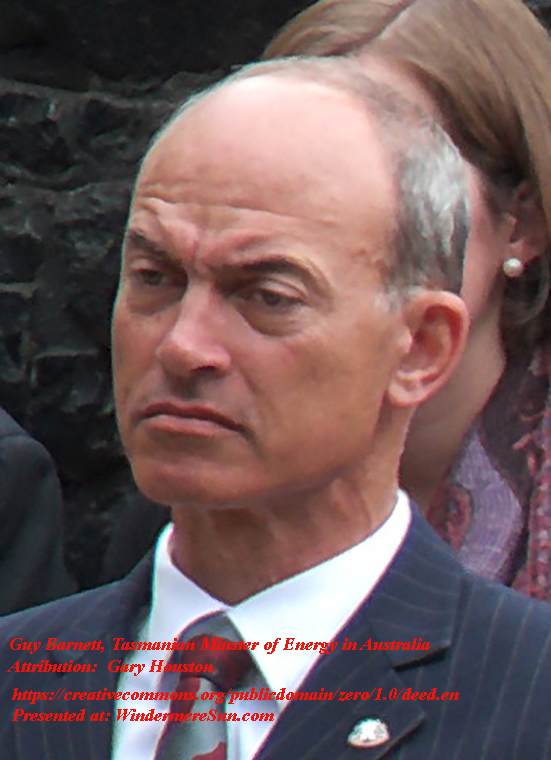 The island state Tasmania of Australia has committed to being 100% renewable by 2022 and ambitiously  targeting 200% renewable energy by 2040, so it will also be able to help mainland Australia to reduce carbon emissions. After unveiling its renewable energy target of 200% by 2040 in March, 2020, the Tasmanian Minister for Energy, Guy Barnett, released a draft, Renewable Energy Action Plan, to help manage the energy transition pathway and said, “The Renewable Energy Action Plan will establish the platform to transform Tasmania from being Australia’s renewable energy powerhouse into a world leading provider of clean, reliable and affordable energy.” The draft proposes the establishment of a new body, Renewables Tasmania, to better plan, coordinate and promote the development of renewable energy in the state, as well as deliver transparent regulation of the Tasmanian energy sector.

Minister Barnett said, “As a result of COVID-19, there are unprecedented challenges facing Australian households and industries. By seizing Tasmania’s immense potential, renewable energy can grow our economy, attract investment, create jobs and support Australia’s transition to renewable supply. Tasmania aspires to lead the way as a region for new and expanded industrial developement on-shore –  where manufacturing, commercial and industrial operations can directly access our low cost, reliable and clean electricity resources.”

Tasmania’s renewable energy expansion is largely focused on Tasmania’s ambition to tap its deep storage potential through nationally significant projects such as Project Marinus, a 1,500 MW second undersea interconnector that would help deliver renewable energy from Tasmania to Victoria to help stabilize the national grid, and battery of the nation

Now, let’s take a look at the various projects that will help Tasmania and Australia getting closer to such ambitious renewable energy goal, below:

Tasmania’s fifth wind farm has started generating power. It’s expected to help the state reach its target of producing 100 per cent renewable energy by 2022, in the video “Tasmania one step closer to 100% renewable energy, ABC News“, below:

The Premier hopes to have a hydrogen plant up and running by 2024 with exports planned by 2030 – and the regions nominated as potential sites are optimistic, they’ll see the benefit of new jobs, in the video “Tasmanian Government to invest $150 million in renewable hydrogen power plan, ABC News“, below:

An assessment of the business case for a second interconnector beneath Bass Strait has paved the way for a 1500MW link, which could begin operating as soon as 2027, in the video “Project Marinus: Further Bass Strait Interconnection – the second Tasmanian interconnector“, below:

ARENA is helping to turn bright energy ideas into real-world innovations, in the video “Accelerating Australia’s shift to renewable energy“, below:

The 60 Minutes War Room, including Former Victorian Fire Commissioner Craig Lapsley, Major General Peter Dunn, US Climatologist Michael E. Mann and Australian politician Barnaby Joyce, debate Australia’s reliance on coal exports and if the key to the country’s future could be renewable energy, in the video “Is the key to Australia’s future renewable energy? 60 Minutes Australia“, below:

The Mortlake South Wind Farm project in Victoria will generate substantial additional economic focus in the Moyne Shire, independent of, but complimentary to ongoing dairying, grazing, cropping, tourism and associated service activities. During construction, the wind farm will generate 80-100 jobs and provide 10 ongoing jobs in the operations and maintenance team. This also provides a substantial increase in Moyne shire’s rates base. ACCIONA has partnered with Connect Jobs to assist us in attracting local people to work on the project. On this occasion we had 92 – 93% of local people on the project as well as boosting the economy and jobs through local businesses benefiting from the increased traffic in the area. In addition to the local jobs and benefits, we are shaping a sustainable future and providing clean energy equivalent to the consumption of around 115,000 homes annually, in the video “ACCIONA’s renewable energy projects creating jobs in regional Australia“, below:

A wave of new wind and solar projects is expected to set Australia on track to becoming one of the world’s biggest users of renewable energy, in the video “Australia to lead renewable energy use“, below:

It’s been a miserable few weeks for Malcolm Turnbull’s government, stalled by myriad cock-ups and controversies. But the greatest challenge it faces continues to be Australia’s crisis over energy supply and cost. Who hasn’t been shocked by a recent electricity or gas bill? And who isn’t infuriated that power prices have risen so sharply? In a country as abundant with resources as ours it defies logic that there are now some Australians who can’t even pay for the electricity or gas to cook a simple meal. While federal – and state – politicians scramble to act, Elon Musk, the American billionaire with the brilliant mind, says he wants to help. In an exclusive interview with Liz Hayes, Musk says Australia’s energy emergency is easily fixable, and his construction of the world’s largest lithium ion battery at Jamestown in South Australia is proof, in the video “Elon Musk’s prediction for the future of energy in Australia, 60 Minutes Australia“, below:

As Australia gets hotter and power prices increase, parts of the country’s national grid are seeing longer and more frequent blackouts. Australia is still very dependent on coal to keep the grid running. The Morrison government has been looking at various new energy projects, including coal, even as our biggest energy companies complain that a lack of consistent policy on energy and climate change are hindering investment. So what will Australia’s energy future look like, and how long do we have to get there? In the video “What future-proofing Australia’s energy will look like: Power Shock, Pt 3, 7.30“, below: