Stark Eyes/Experience Is Simply The Name We Give Our Mistakes 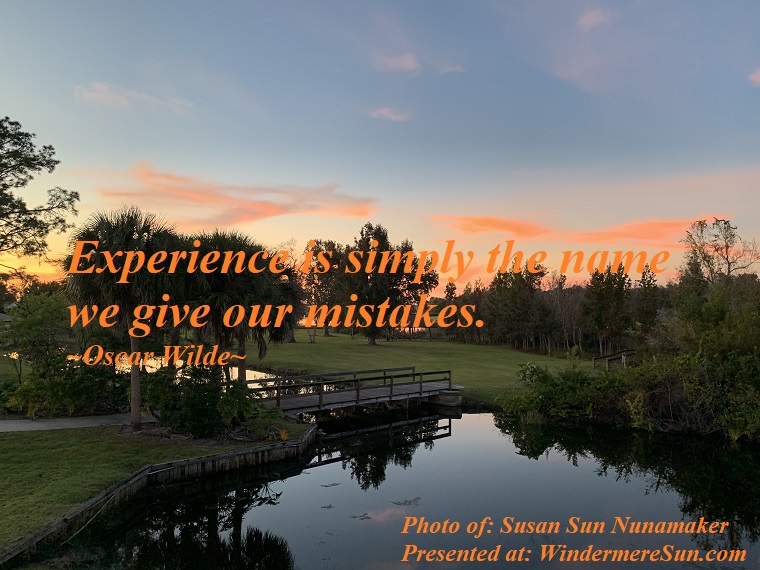 Quote of 4/18/2020, “Experience is simply the name we give our mistakes.” (Quote of: Oscar Wilde, Photo of: Susan Sun Nunamaker, Presented at: WindermereSun.com) 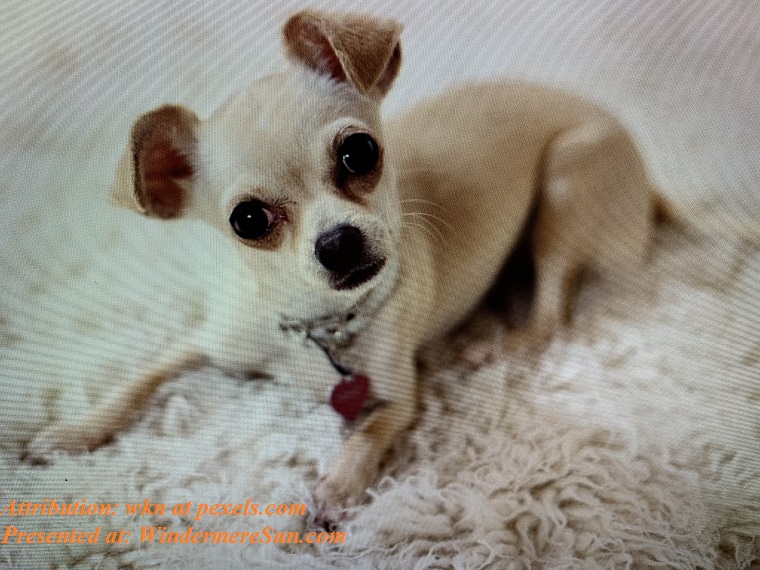 Quote of 4/18/2020, “Experience is simply the name we give our mistakes.” (Quote of: Oscar Wilde, Photo of: Susan Sun Nunamaker, Presented at: WindermereSun.com)

Oscar Wilde once said, “Experience is simply the name we give our mistakes.“

To find out more about Oscar Wilde, please refer to the excerpt from Wikipedia, in italics, below:

Oscar Fingal O’Flahertie Wills Wilde (16 October 1854 – 30 November 1900) was an Irish poet and playwright. After writing in different forms throughout the 1880s, the early 1890s saw him become one of the most popular playwrights in London. He is best remembered for his epigrams and plays, his novel The Picture of Dorian Gray, and the circumstances of his criminal conviction for “gross indecency”, imprisonment, and early death at age 46.

Wilde’s parents were successful Anglo-Irish intellectuals in Dublin. A young Wilde learned to speak fluent French and German. At university, Wilde read Greats; he demonstrated himself to be an exceptional classicist, first at Trinity College Dublin, then at Oxford. He became associated with the emerging philosophy of aestheticism, led by two of his tutors, Walter Pater and John Ruskin. After university, Wilde moved to London into fashionable cultural and social circles.

As a spokesman for aestheticism, he tried his hand at various literary activities: he published a book of poems, lectured in the United States and Canada on the new “English Renaissance in Art” and interior decoration, and then returned to London where he worked prolifically as a journalist. Known for his biting wit, flamboyant dress and glittering conversational skill, Wilde became one of the best-known personalities of his day. At the turn of the 1890s, he refined his ideas about the supremacy of art in a series of dialogues and essays, and incorporated themes of decadence, duplicity, and beauty into what would be his only novel, The Picture of Dorian Gray (1890). The opportunity to construct aesthetic details precisely, and combine them with larger social themes, drew Wilde to write drama. He wrote Salome (1891) in French while in Paris but it was refused a license for England due to an absolute prohibition on the portrayal of Biblical subjects on the English stage. Unperturbed, Wilde produced four society comedies in the early 1890s, which made him one of the most successful playwrights of late-Victorian London.

At the height of his fame and success, while The Importance of Being Earnest (1895) was still being performed in London, Wilde had the Marquess of Queensberry prosecuted for criminal libel. The Marquess was the father of Wilde’s lover, Lord Alfred Douglas. The libel trial unearthed evidence that caused Wilde to drop his charges and led to his own arrest and trial for gross indecency with men. After two more trials he was convicted and sentenced to two years’ hard labour, the maximum penalty, and was jailed from 1895 to 1897. During his last year in prison, he wrote De Profundis (published posthumously in 1905), a long letter which discusses his spiritual journey through his trials, forming a dark counterpoint to his earlier philosophy of pleasure. On his release, he left immediately for France, never to return to Ireland or Britain. There he wrote his last work, The Ballad of Reading Gaol (1898), a long poem commemorating the harsh rhythms of prison life.