Captain Brett Crozier, A Hero In Time Of COVID-19 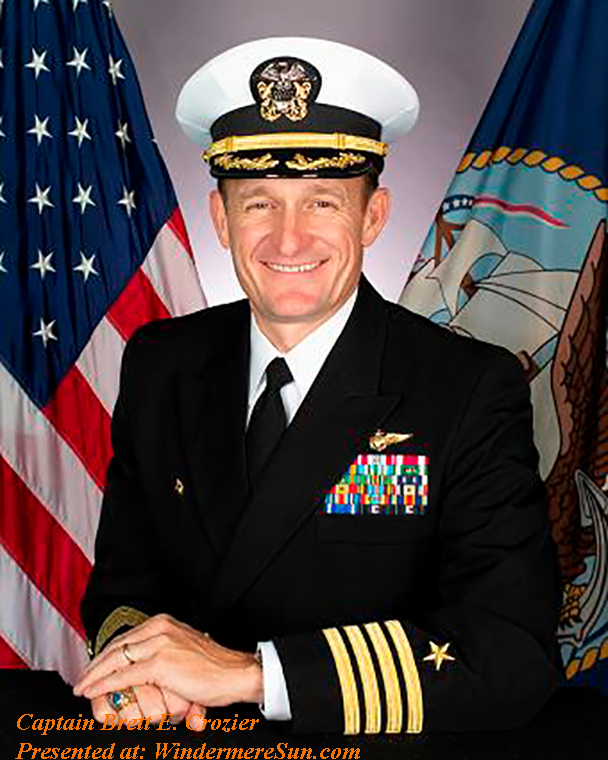 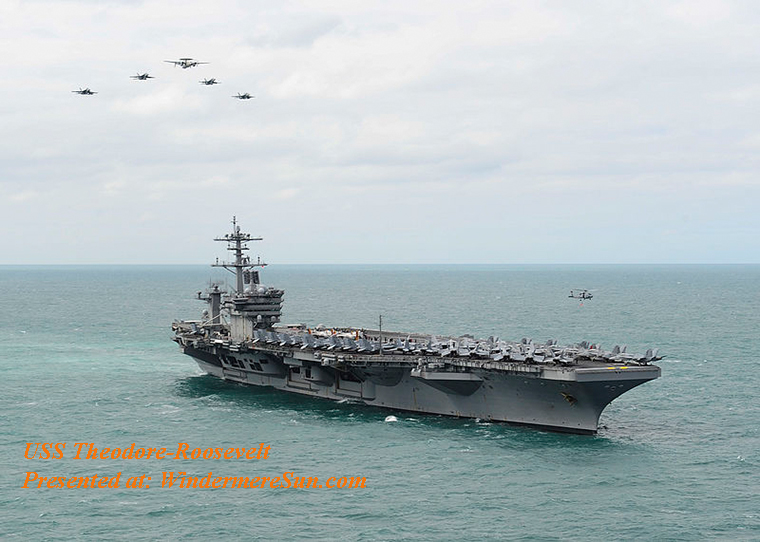 Among those (many doctors and nurses) who have risked their careers or received punishment to speak out about the failures to treat victims of the COVID-19 pandemic, the commander of the aircraft carrier USS Theodore Roosevelt, Captain Brett Crozier, received most attention over the internet during this past week.

It is believed that a sailor caught COVID-19 while on shore leave in Vietnam. Once on board, the virus quickly spread to 2, then 12, and then 100 on board. Ships at sea are hotbeds for this kind of disease because sailors are practically on top of one another, in crowded messes, and in cramped sleeping quarters, impossible to practice social distancing. Captain Brett Crozier received orders to take the ship to Guam, but was not given permission to offload most of the sailors. The virus quickly overwhelmed the small medical crew on board, leaving little time before sailors might start to die. So, Captain Crozier felt the need for immediate action in order to save sailors onboard the USS Theodore Roosevelt. Therefore, he wrote a strong letter, emailed/distributed to multiple people within the Navy, requesting immediate removal of as many sailors from the ship as possible. This approach may not had been optimal for  Captain Crozier’s career in the Navy, but once the letter leaked to The Chronicle, appeared in media nationwide, the public pressured the Navy to get as many crew members as possible off the ship and into hotels in Guam. Captain Crozier’s letter got results, but it also resulted in the acting secretary of Navy, Thomas Modly, summarily firing Captain Crozier, not for leaking the letter/email (because he had no proof), but for showing “extremely poor judgment”. However, many believed that Captain Crozier demonstrated excellent judgment, given such an unusual circumstance.

On April 2, 2020, Captain Brett Crozier, commander of the aircraft carrier, the USS Theodore Roosevelt,  was relieved from his duty in the U.S. Navy and was let off the ship after the San Francisco Chronicle published a four-page letter/email he wrote to Navy leadership, requesting the Navy to evacuate and quarantine most of the sailors on board. In the letter, Captain Crozier wrote, “We are not at war. Sailors do not need to die. If we do not act now, we are failing to properly take care of our most trusted asset – our sailors.” There were three positive cases of COVID-19 on board the Roosevelt as of March 24, 2020. Even though the three infected crew members were removed from the ship, the number of positive COVID-19 cases grew to 100 by April 3, 2020. The U.S. Navy had issue with Crozier’s letter because he reportedly had sent the letter to more than 20 people (some not in his chain of command) on an unclassified server. But the Captain Crozier did inform his chain of command, but was not getting the prompt response necessary to address the very contagious COVID-19. In time of crisis, Captain Crozier made the decision to risk his own career in exchange for his sailors’ lives. As Captain Crozier stepped off the ship on April 3, 2020, his sailors viewed his act as heroic and cheered for him, chanting Captain Brett Crozier’s name and swarming to say goodbye after he was ousted for sounding the alarm about a growing coronavirus outbreak aboard the USS Theodore Roosevelt in the video “Sailors Cheer Navy Captain Relieved Of Commander After Raising Alarm On Coronavirus“, below:

Sailors cheered and chanted for a Navy captain who raised the alarm about coronavirus on his ship as he disembarked after being relieved of his command. NBC’s Shannon Pettypiece has details, in the video “Sailors Give Send Off To Navy Captain Who Raised Coronavirus Alarm, Hallie Jackson, MSNBC“, below:

Acting U.S. Navy Secretary Thomas Modly told the crew of U.S. aircraft carrier Theodore Roosevelt that their former captain Brett Crozier was either “stupid” or ill-willed for writing a scathing letter about the Navy’s response to a coronavirus outbreak aboard his ship, in the video “Navy Chief calls fired captain ‘stupid’: Officials“

Captain Crozier risked his career to blow the whistle about the coronavirus outbreak on his ship. In newly leaked audio, Acting Navy Secretary Thomas Modly slams the captain as “stupid.” Rep. Elaine Luria (D-Virginia) weighs in, in the video “Rep. Luria Calls For Firing Of Acting Navy Secretary In Wake Of Leaked Audio, All In, MSNBC“, below:

The acting Navy Secretary Thomas Modly walked back comments he made aboard the U.S.S. Theodore Roosevelt about dismissed Captain Brett Crozier, who sent an email to help sailors with the coronavirus, in the video “Navy secretary apologizes for profane rant about fired carrier captain, GMA“, below:

Captain Crozier has since tested positive for COVID-19 and the Navy’s top admiral, Admiral Michael Gilday, the chief of naval operations as Navy’s highest ranking uniform official, said on Thursday, April 9, 2020, that he wouldn’t rule out the possibility of reinstating Captain Brett Crozier, pending investigation.

“In this era when so many seem to place expediency over honor, it is heartening that so many others are showing great courage, some even risking their lives. Theodore Roosevelt, in his time, chose the honorable course. Captain Crozier has done the same.”