The Taliban emerged in the southern Afghan city of Kandahar around September 1994.(Attribution: Karla Marshall, Presented at: WindermereSun.com) 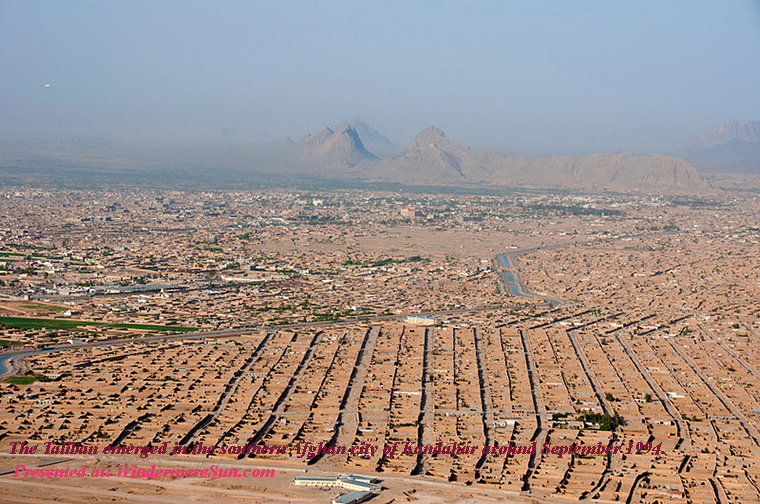 The Taliban emerged in the southern Afghan city of Kandahar around September 1994.(Attribution: Karla Marshall, Presented at: WindermereSun.com)

The United States and the Taliban have signed an agreement aimed at ending nearly two decades of conflict in Afghanistan. The US and the Taliban signed an agreement which begins the potential full withdrawal of US troops from Afghanistan and could pave the way to ending America’s longest war. US Secretary of State Mike Pompeo hailed the signing of the agreement in Doha. He called it the best opportunity for peace in a generation, in the video “US and Taliban sign landmark Afghanistan peace deal, DW News“, below:

On Saturday, February 29, 2020, State Secretary Mike Pompeo was poised to oversee the signing of a historic peace agreement that could end the country’s longest war. Pompeo will stand alongside Taliban leaders as the agreement is signed, aiming to end the 18-year conflict and allowing U.S. troops to return home. Imtiaz Tyab breaks down the most important points included, and missing, in the treaty, in the video “Pompeo to sign historic U.S.-Taliban peace deal“, below:

In the video “US signs historic deal with Taliban“, below:

The US and the Taliban have signed an historic deal, aimed at paving the way for peace and the exit of foreign troops from Afghanistan. The ceremony in Doha was attended by dignitaries including the US secretary of state and foreign ministers from Qatar and Pakistan. Al Jazeera’s Osama Bin Javaid begins our coverage from Doha, followed by Alan Fisher from Washington, DC on the US perspective and finally, Al Jazeera’s senior political analyst Marwan Bishara discusses the latest updates, in the video “Afghanistan’s Taliban, US sign peace deal“, below:

This agreement is between U.S., UN, and the Taliban, and does not involve the civil society of Afghanistan. U.S. agrees to deal with Taliban to remove all troops within 14 months.