Former President Jimmy Carter Installed 3,852 Solar Panels On His Farmland To Power More Than Half Of Plains, GA 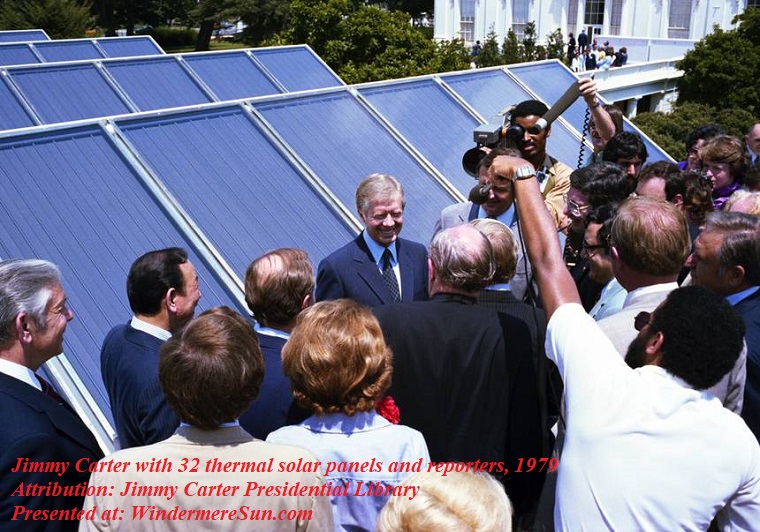 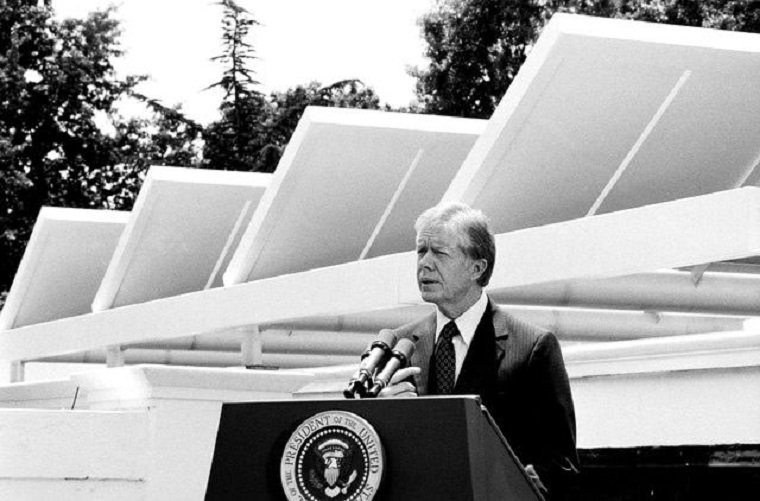 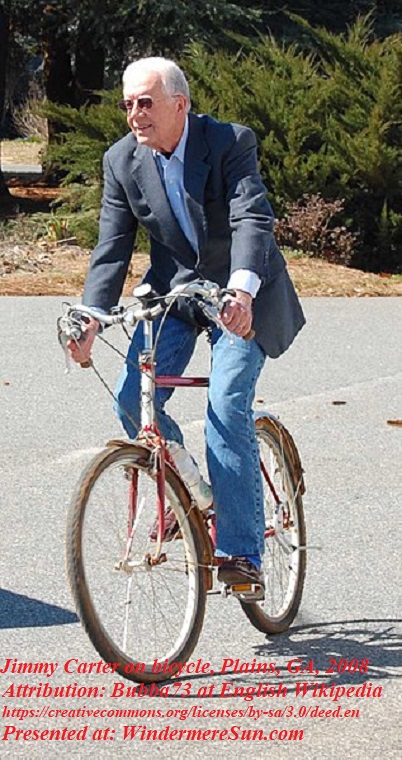 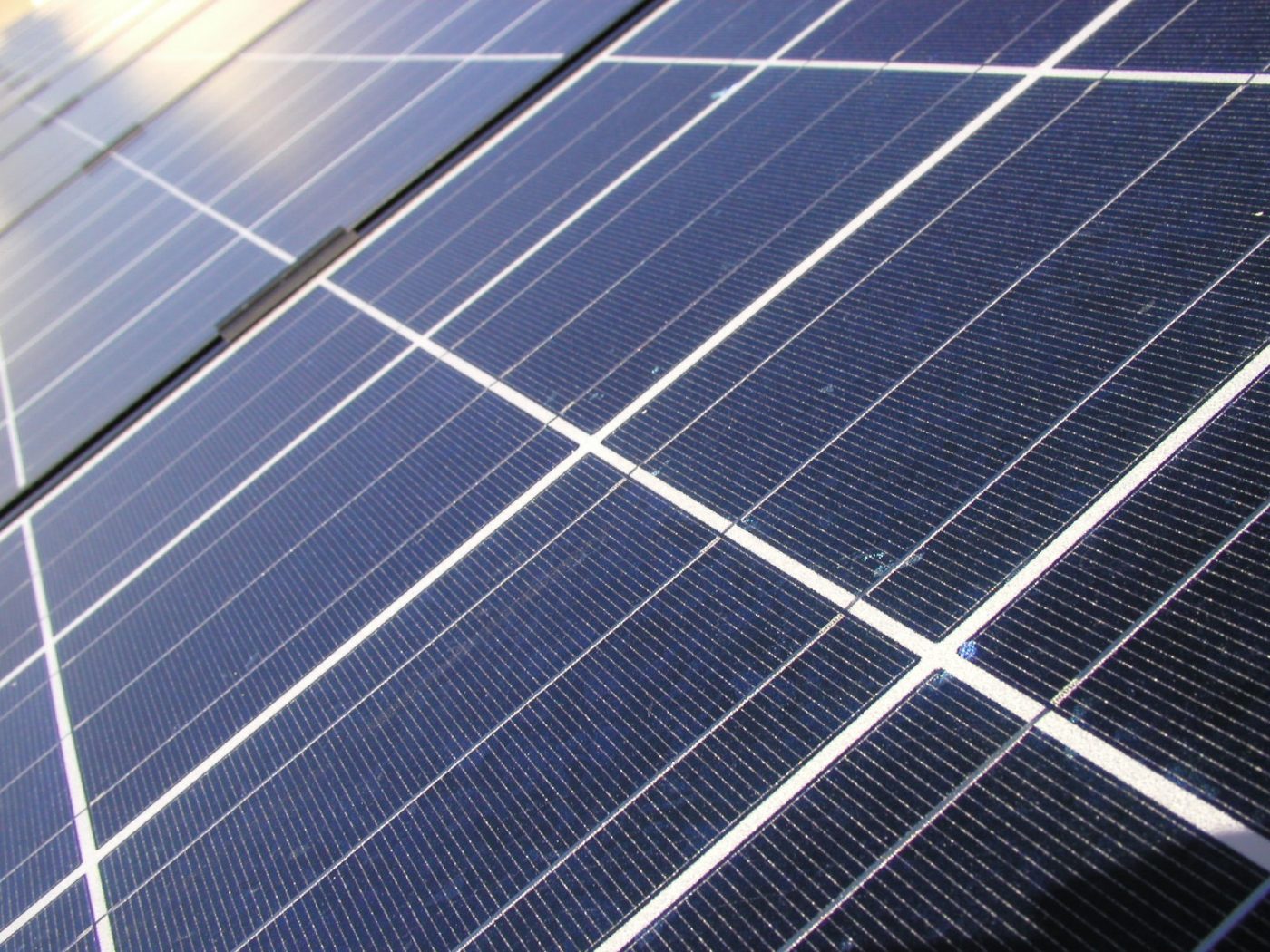 In the month of February, 2020, the oldest living President of the United States (currently at age 95) and the POTUS who championed renewable energy, Jimmy Carter, has placed 3,852 solar panels on his 10 acres farmland to power most of his hometown in Plains, Georgia. For those of you who were around in 1979, kindly recall on a sunny day in  1979, President Jimmy Carter unveiled 32 thermal solar panels installed atop the roof of the West Wing of the White House.  Even though some of his White House solar panels became museum pieces in Smithsonian’s National Museum of American History in Washington, D.C. in 2005, after being removed  for roof repairs during President Ronald Reagan‘s second term, then used at Unity College in Maine,  Jimmy Carter recognized the historic nature of those solar panels and had the vision of how future generations would benefit from this cost effective renewable energy source.

Plains, Georgia, the hometown of President Jimmy Carter, is turning to the sun for power. Solar panels installed on Carter’s farmland are generating enough power to supply half of energy used in Plains, in the video “Jimmy Carter’s Hometown Turns to Sun for Power“, below:

Former President Jimmy Carter, 95, unveiled a solar energy project to help power his hometown. While President Donald Trump has depicted himself as a champion of coal, Mr. Carter’s project aims to be a model for energy self-sufficiency and job growth, in the video “Jimmy Carter: From Peanuts to Solar Panels, The Daily 360, The New York Times“, below:

Former President Jimmy Carter celebrates the installation of solar panels on farmland he owns in Georgia. He says millions of jobs could be created if President Donald Trump embraces renewable energy sources, in the video “Carter: Renewable Energy Can Help Create Jobs“, below:

The 45-minute ceremony officially marked the completion of an ambitious project by Atlanta-based SolAmerica Energy to construct solar panels on a 10-acre site leased from Carter, in the video “President Jimmy Carter leases his land to solar power much of Plains“, below:

In 1979, Jimmy Carter, in a visionary move, installed solar panels on the roof of the White House. This symbolic installation was taken down in 1986 during the Reagan presidency. In 1991, Unity College, an environmentally-minded centre of learning in Maine acquired the panels and later installed them on their cafeteria roof. In “A Road not Taken”, Swiss artists Christina Hemauer and Roman Keller travel back in time and, following the route the solar panels took, interview those involved in the decisions regarding these panels as well as those involved in the oil crisis of the time. They also look closely at the way this initial installation presaged our own era, in the video “A Road Not Taken — Jimmy Carter Puts 32 Solar Panels on White House“, below:

The former president told the Sierra Club in 2017, soon after the panels were installed, that on a good day they could provide 1.3 megawatts — or 1.3 million watts. According to the U.S. government, one megawatt will provide enough energy to power 400-900 homes (though watts harnessed by solar panels provides a little less). According to SolAmerica, the company that first reached out to Carter about the idea and worked alongside him to install the panels on his farmland, the 3,852 solar panels are able to provide more than 50 percent of power to the 727 residents in the small Georgia town. SolAmerica’s partnership agreement with Georgia Power, the state’s largest electricity company, will last until 2042 and it’s expected that the panels will provide more than 55 million kilowatt hours of clean energy for Plains.

“Distributed, clean energy generation is critical to meeting growing energy needs around the world while fighting the effects of climate change,” Carter said in 2017. “I am encouraged by the tremendous progress that solar and other clean energy solutions have made in recent years and expect those trends to continue.”

But the Trump administration has moved in the other direction, loosening Obama-era restrictions on coal and publicly criticizing environmentally friendly energy projects. In last September, President Donald Trump claimed energy-efficient light bulbs were too fragile and becoming “hazardous waste” after they break. In last December, President Trump called windmills “monsters” and eye sores that spit “tremendous fumes” out into the atmosphere.