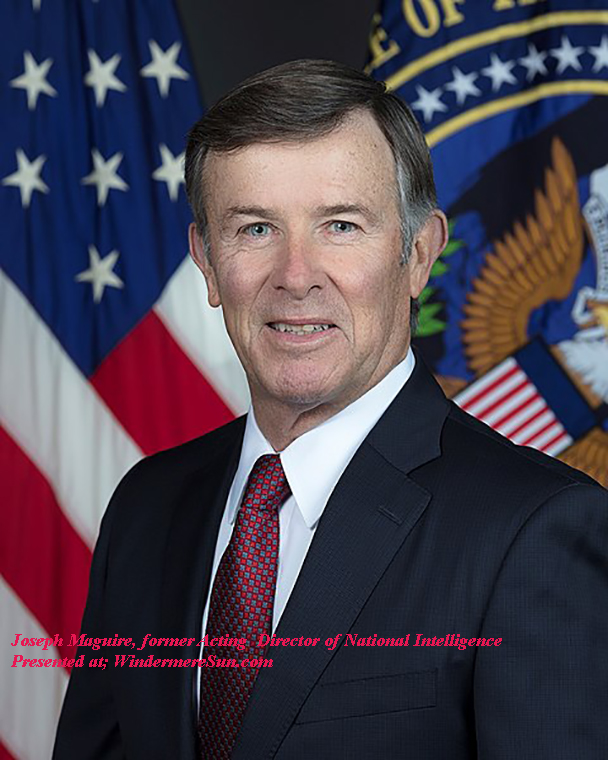 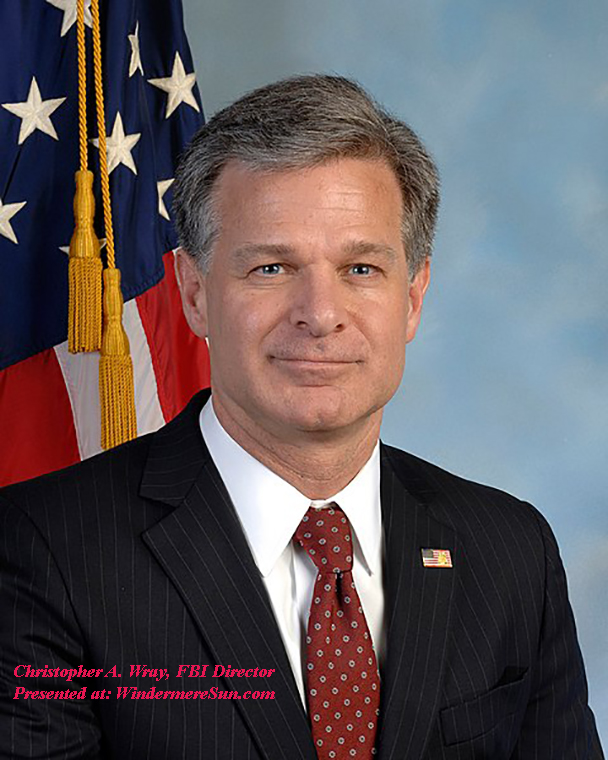 President Trump pushed aside his acting director of national intelligence, Joseph Maguire, because he was angry that lawmakers were briefed about Russia’s plan to interfere in the 2020 election to help Trump, according to reports.

Excerpt from the wikipedia regarding Joseph Magurie, in italics, below:

In February 2020 Trump rebuked Maguire when he heard that one of Maguire’s subordinates, an expert on election security, had briefed members of House Intelligence Committee on Russian preference involvement in the 2020 election. Members of the committee were told Russia appeared to prefer Trump over Democratic candidates and could seek to act on that preference as they had done in 2016 election to boost his candidacy. Trump then announced he would be replacing Maguire,[14] who resigned on February 21, 2020, and was immediately replaced with Richard Grenell as acting chief.[15]

Early this month, on Wednesday, February 5, 2020, the FBI Director Christopher A. Wray warned in a public testimony before the House Judiciary Committee, about Russia’s continued meddling in U.S. elections since 2016 through its disinformation campaigns. These Russian misinformation and propaganda campaign range from using social media to spreading fake news and creating automated bots to create U.S. social media accounts to push Russian interests. Wray said, “It never stopped. It happened in 2016, and it’s been continuing ever since then. It may have an uptick during an election cycle, but it is a 24/7, 365-days-a-year threat.”

Director Wray discusses the FBI’s role in protecting the United States from today’s global threats, in the video “Clip: Christopher Wray on Russian Interference in the 2016 Election“, below:

Director Wray discusses the FBI’s role in protecting the United States from today’s global threats, in the video “A Conversation With Christopher Wray“, below:

President Trump pushed aside his acting director of national intelligence, Joseph Maguire, because he was angry that lawmakers were briefed about Russia’s plan to interfere in the 2020 election to help Trump, according to reports, in the video “Intel Sources ‘Absolutely Aghast’ Over Maguire Removal, Morning Joe, MSNBC“, below:

The intelligence community’s top election security official delivered a briefing to lawmakers warning them that the intelligence community believes Russia is already taking steps to interfere in the 2020 election with the goal of helping President Donald Trump win, three sources familiar with the matter tell CNN, in the video “Russia is looking to help Trump win in 2020, election security, official told lawmakers“, below

Recall back in October of 2019, Facebook said on Oct. 21 Russia continued to attempt to interfere in U.S. elections using tactics from 2016, but intelligence agencies said they had a plan to protect the polls, in the video “Russia isn’t the only threat to 2020 U.S. Elections“, below:

There was a staff shakeup at the White House after a new intelligence report claimed Russia is already interfering in the 2020 presidential election, trying to get President Trump re-elected. Trump was reportedly furious that Congressman Adam Schiff, who is head of the House Intelligence Committee was briefed about the Russian interference, in the video “Trump furious after Schiff briefed about Russian interference in 2020 presidential election“, below: