Will The Law Be Coming After Him? 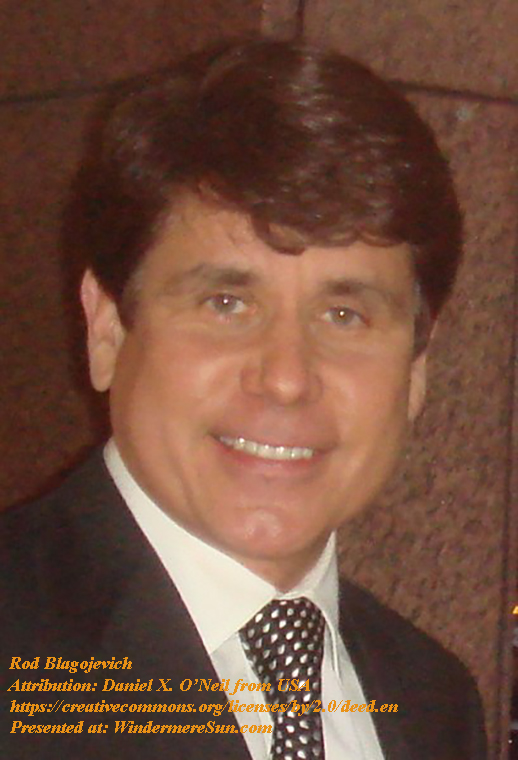 President Donald Trump announced a set of clemencies and pardons on Tuesday, February 18, 2020, including for former Illinois Governor Rod Blagojevich who was convicted of public corruption and for financier Michael Milken who was convicted of securities fraud. The commutation of the 14-year prison sentence of Blagojevich brought a surprising end to one of the highest-profile public corruption cases of the 21st century. Trump’s closest confidants had urged him to pardon Milken, the 1980s “junk bond king” who has sought for decades to reverse his conviction. Trump also pardoned former New York City police Commissioner Bernard Kerik, who was sentenced to four years in prison for failure to pay taxes and lying to White House officials. The president earlier in the day pardoned Edward DeBartolo Jr., who owned the San Francisco 49ers football team for 23 years and pleaded guilty in 1998 to failing to report an alleged extortion attempt. Many of the pardons and clemencies were backed by conservatives. For instance, the White House said Milken’s pardon was supported by Treasury Secretary Steven Mnuchin and the president’s personal attorney, Rudy Giuliani, whose office prosecuted Milken in the 1980s. Trump has relished the use of his clemency power, which is virtually unchecked by the Constitution. He has issued more than two dozen pardons and commutations since becoming president, many of which were awarded to political allies. The president sought to draw a connection between Blagojevich’s case and the federal investigation into alleged ties between Trump’s 2016 campaign and Russia. Trump calls that probe a “witch hunt.” Some Democrats were quick to criticize Trump’s move on Blagojevich. “Illinoisans have endured far too much corruption, and we must send a message to politicians that corrupt practices will no longer be tolerated,” Governor J.B. Pritzker said in a statement. “President Trump has abused his pardon power in inexplicable ways to reward his friends and condone corruption, and I deeply believe this pardon sends the wrong message at the wrong time.” In the video “Trump Releases Blagojevich From Prison, Pardons Financier Milken“, below:

Trump’s decision to commute the prison sentence of former Illinois Governor Rod Blagojevich prompts the question of whether he’s trying to send a message to other associates, in the video “President Donald Trump’s Pardon Plays, MSNBC“, below:

President Trump broke news with the surprise announcement he is using his pardon power for eleven convicted individuals, including Rudy Giuliani’s convicted NYPD commissioner Bernard Kerik, former “Apprentice” contestant Rod Blagojevich, and Michael Milken, a billionaire convicted of 98 counts of racketeering and fraud. The pardons come as Trump’s DOJ faces a firestorm over allegedly giving special treatment to Pres. Trump’s convicted aide. In this report, MSNBC Chief Legal Correspondent Ari Melber explains how these new “political and messaging pardons” clearly “favor the rich and famous,” and constitute “a new low for this total breakdown of justice in the pardon process.” Melber implores citizens to take note of Trump’s action, saying it is as “serious as a heart attack” and noting the new pardons demonstrate why people should actually take Trump “literally,” as he openly campaigned and now governs on deploying “the intimidation of the law, of investigation, of jail – into a political weapon against rivals.” In the video “You’re Pardoned!’: Trump Frees ‘Apprentice’ Contestant From Prison In Legal Dumpster Fire, MSNBC“, below:

In the latest installment of “Opening Arguments”, former Acting U.S. Solicitor General, Neal Katyal discusses Trump’s “lawless” and “unprecedented” pardon of his “friends” and “campaign contributors.” Katyal argues while Trump has “gotten away with so much” the “law is going to come after him,” adding America’s “courts will bring him to justice.” (This interview is from MSNBC’s “The Beat with Ari Melber, a news show covering politics, law and culture airing nightly at 6pm ET on MSNBC, in the video “‘The Law Is Going To Come After Him’: Obama Lawyer Warns ‘Lawless’ Trump After Pardons, MSNBC“, below