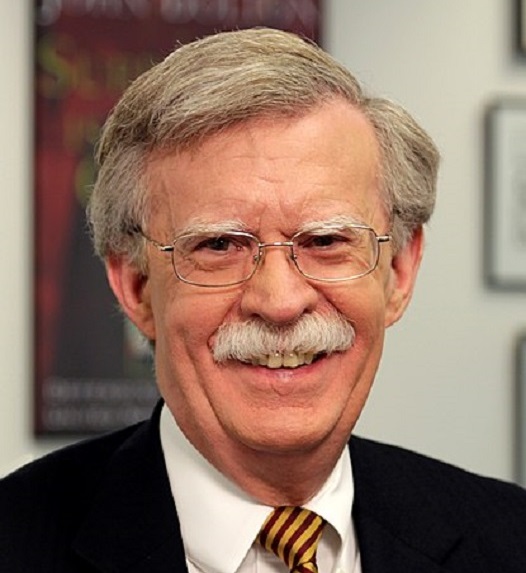 Restless Senators will have their first chance to pose questions to House managers and President Trump’s legal team as the impeachment trial enters a new stage, in the video “Watch Live-Impeachment Trial Day 8: Senators to pose questions as case enters new phase“, below:

As Trump’s impeachment defense team wraps up their arguments, Sen. Mitch McConnell huddles with his caucus over witnesses. MSNBC Chief Legal Correspondent Ari Melber reports on a pivotal day in the Trump Trial, the “complications”, the drama over John Bolton and why some GOP senators appear to be breaking from Trump, in the video “Trial Bombshell: Trump Insider Sides With Bolton On Ukraine, Implying Trump Is Lying, MSNBC“, below:

John Bolton’s book reportedly contains damaging information that would bolster the heart of the House’s impeachment case. But to consider it, the Senate needs 51 votes to call him, in the video “White House Scrambles To Keep Bolton Quiet, All In, MSNBC“, below:

President Trump’s attorney Jay Sekulow warned the Senate that calling any witnesses could result in an endless court battle, in the video “Adam Schiff fires back after Trump’s lawyer issues warning“, below:

Lead House impeachment manager Rep. Adam Schiff, D-Calif., confirmed that the House of Representatives did ask former national security adviser John Bolton to testify in the impeachment inquiry, but Bolton refused, in the video “Adam Schiff: ‘Yes Of Course We Asked John Bolton To Testify And He Refused’, NBC News“, below:

Rachel Maddow highlights a portion of the question-and-answer portion of the Senate impeachment trial of Donald Trump in which House manager Rep. Adam Schiff says there is information relevant to Trump’s impeachment that was given to the Intelligence Committees but hasn’t been shared with the Senate, in the video “Adam Schiff Says Russia Intel Being Withheld From Impeachment Probe, Rachel Maddow, MSNBC“, below:

Trump impeachment lawyer Robert Ray defended the President at his historic Senate trial this week, conceding some problems with Trump’s approach to Ukraine while insisting there was no impeachable offense. One day after finishing that case, MSNBC Chief Legal Correspondent Ari Melber presses Ray on the evidence Trump sought a Biden investigation, including Trump’s own words, and presses Ray on Trump lawyers’ presenting the “false” argument that abuse of power is not impeachable, quoting from past Articles of Impeachment. Ray partly concedes abuse of power is impeachable, breaking with his co-counsel Alan Dershowitz, but argues that the case is stronger when combined with alleged crimes. Ray also asserts that regardless of Trump’s intent, he is “entitled to withhold aid in order to see what the Ukrainians do,” previewing a “temporary” defense to address mounting evidence there was a quid pro quo, in the video “Trump Trial Lawyer Admits Abuse Of Power Is Impeachable, Previews  ‘Temporary’ Defense, MSNBC“, below:

Rachel Maddow points out that several Republican legislators were stalwart supporters of Ukraine who spoke out when Donald Trump held up Congressionally approved aid, but that support appears to have found its limit at holding Trump accountable for abusing his office and using that aid as leverage in a political scheme, in the video “Republicans Who Stood Up For Ukraine Aid Quiet On Trump Scheme, Rachel Maddow, MSNBC“, below:

Nicolle Wallace remarks on the political acumen of Senate Majority Leader Mitch McConnell’s attempt to block former Amb. John Bolton from testifying when his book comes out in three weeks, in the video “Nicolle Wallace: ‘I don’t Know Whether To Cry Or Laugh At McConnell’s Political Stupidity’, MSNBC“, below:

If John Bolton will not be called to testify, one would wonder if the system of democracy of the United States will continue to work.